Mike Tyson Pumps Up Chris Brown Fight: “Soulja Boy, What The F**k Are You Talking About” [Video]

Retired boxing champion Mike Tyson is turning all the way up for an upcoming bout between Chris Brown and Soulja Boy. The sports icon has confirmed his involvement in training Chris Breezy and fired a warning shot to Big Soulja.

Tyson went to Instagram last night (January 8) and vowed to turn Brown into a fighting machine.

Last night, Soulja talked about the fight and downplayed having any real issues with Brown.

Hours prior, King Soulja went on a massive Twitter rant against Mike Tyson, 50 Cent and Brown. 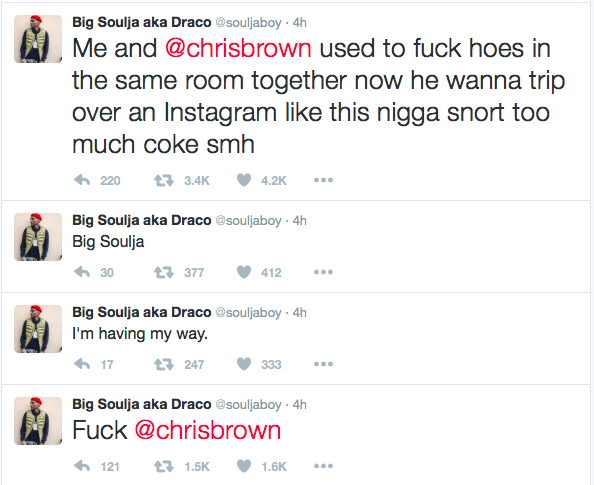 Early Sunday, SB trolled Chris Brown with an Instagram picture of his music rival knocked out.