Mike Epps Clowns The Hell Outta Funk Flex Over Crying: “Pac Would Have Whooped My A**!” [Video]

Comedian Mike Epps is having some fun at Funk Flex‘s expense. The funnyman has trolled the Hot 97 radio personality over a now-viral Instagram Live broadcast.

Epps went to Instagram Friday (May 5) with a clip of himself trolling Flex’s rant. 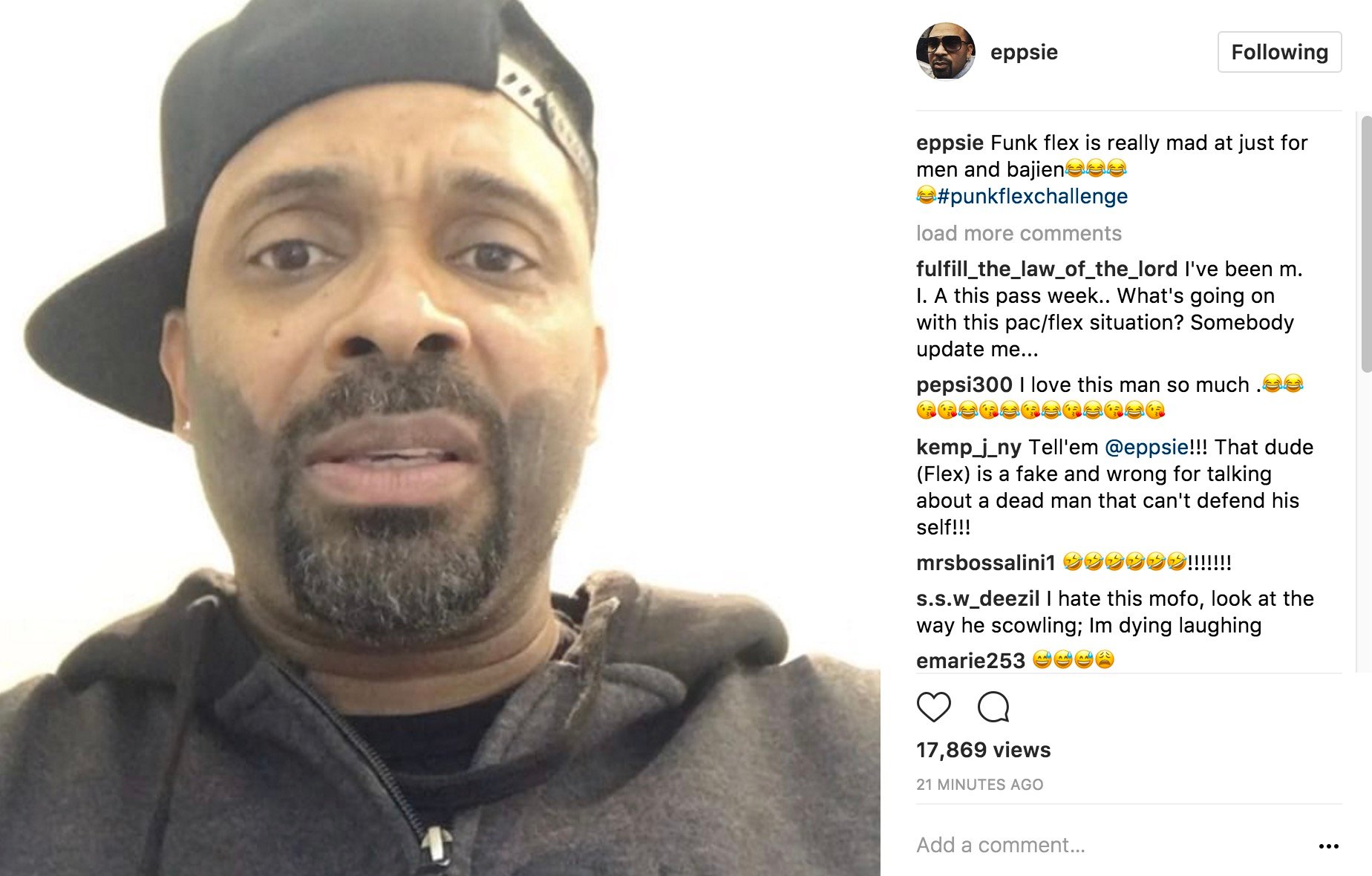 Last night, Flex could not hold back tears in his rant against late rap icon 2Pac.

“People always say why I said it 20 years later, I said it when the f*cking sh*t was going on and Biggie wouldn’t have f*cking died if that n*gga hadn’t had lied! He lied! Y’all n*ggas worship him! Lied! Never ever said nothing about him! F*cking lied! Nobody wasn’t telling truth! … T.I., you talking about G-code. It’s not G-code. That ain’t G-code. He lied and Biggie died! That’s my only issue. That’s it. That’s it, bro! Why’s that so hard? What’s so hard about that? You think that’s cool? You think that’s good? We worship that? I don’t worship that and I won’t and I don’t have to. I still have morals. I still give a f*ck! He lied! And he carried that lie for years. He knew Biggie didn’t set him up. N*ggas shot and killed Big because of what he said. It’s alright though. Cool. Nothing big. Whatever. Let me tell you something – Suge Knight’s son had a lot of opinions for me and I want to say something to you my brother. I’m not sure of Suge Knight’s son’s name but I know you and your father had some amazing times – I wanna say something about Suge, something that people don’t say about him properly – I admired Suge. You know why? I watched him take a guy like Dr. Dre after Dr. Dre was in a terrible situation, terrible musical situation and watched Dr. Dre shine again and I thought that was incredible. I think all those artists they put out on that label gave Puff and everybody the whole blueprint on how to be successful again and I agree with that.”

This week, jailed rap mogul Suge Knight‘s son and T.I. both went at Flex over this anti-Pac remarks. 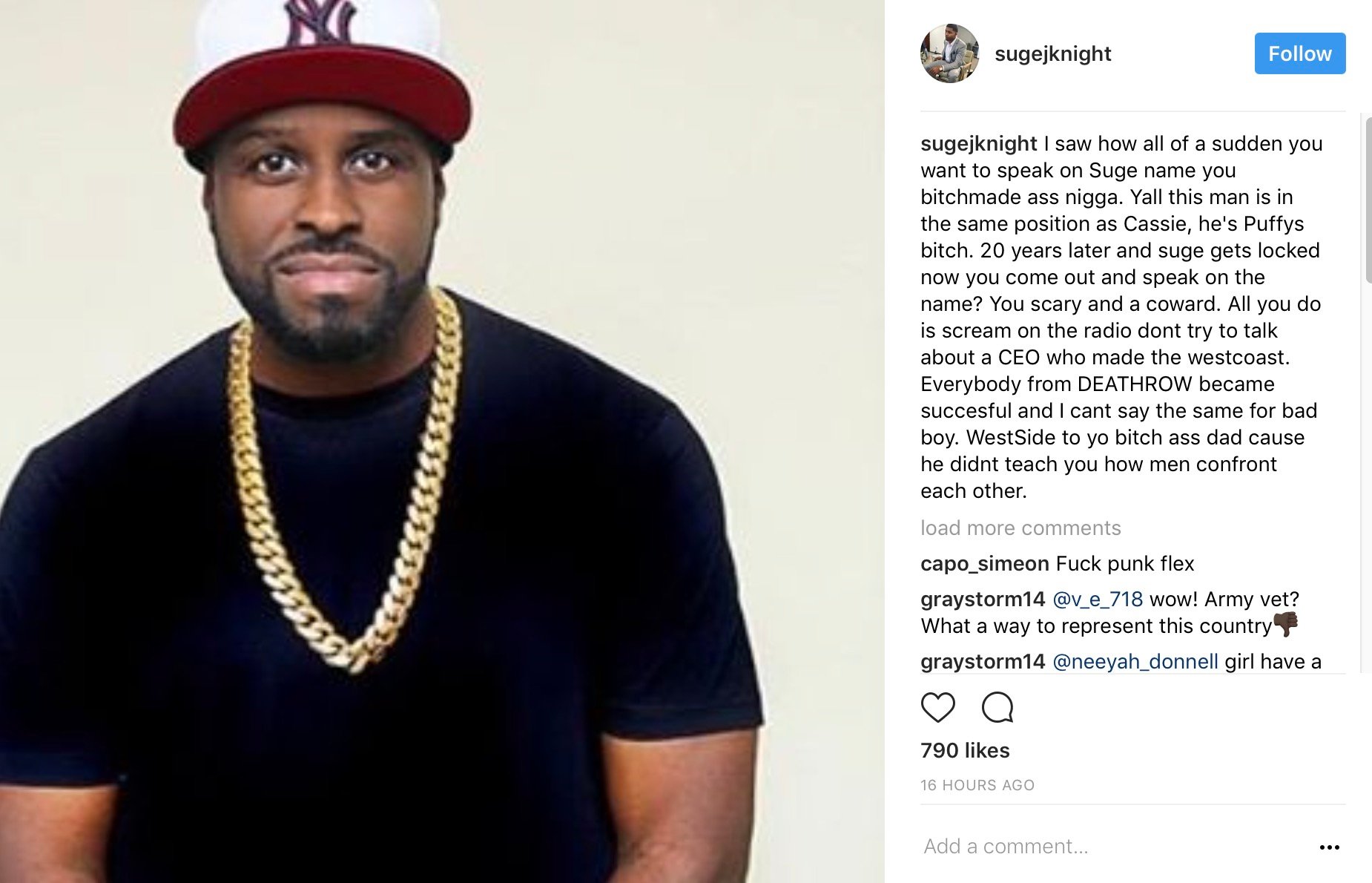 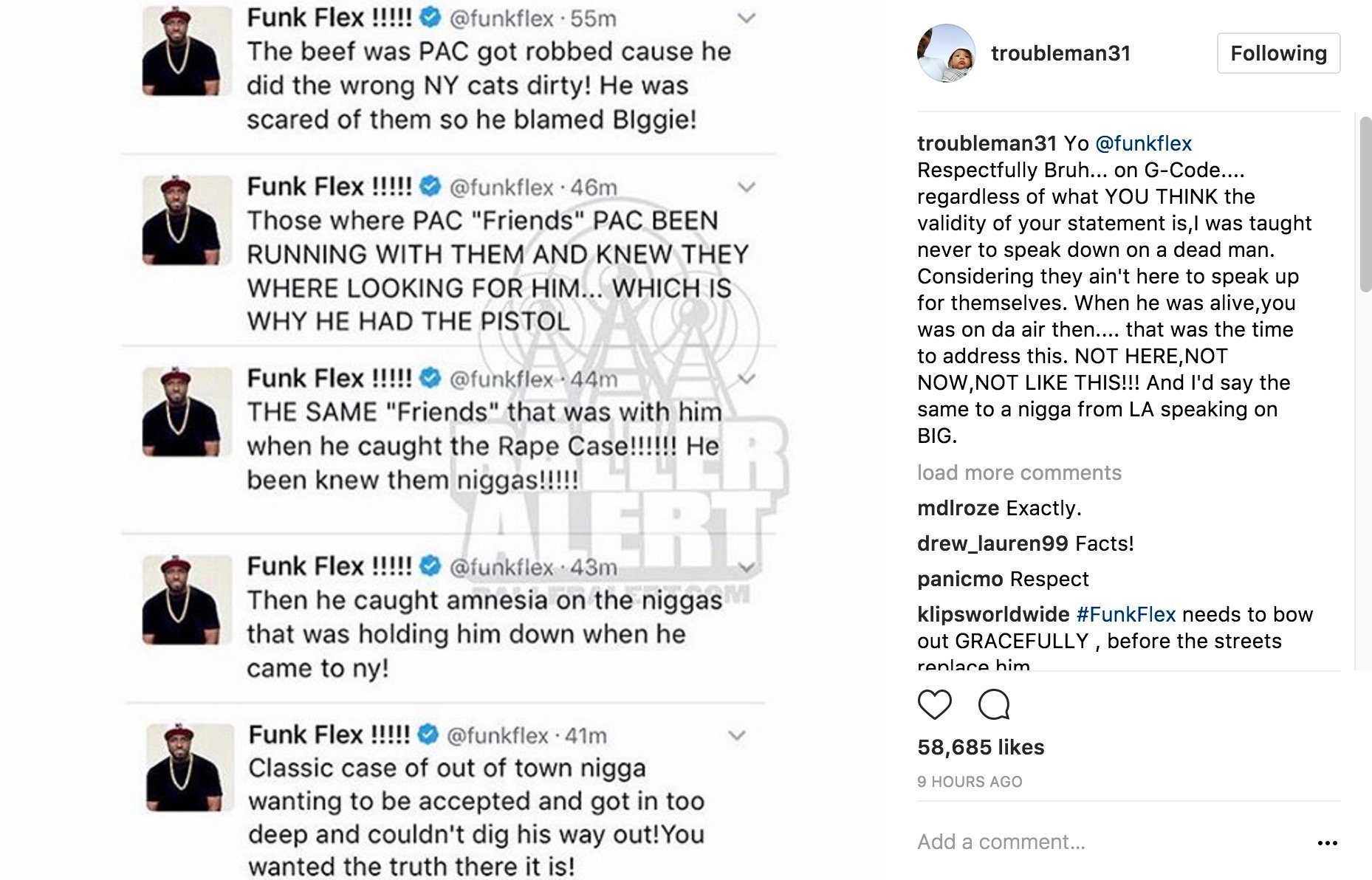 Earlier in the week, Funk went on a massive Twitter rant and dragged Suge Knight into his 2Pac rant. 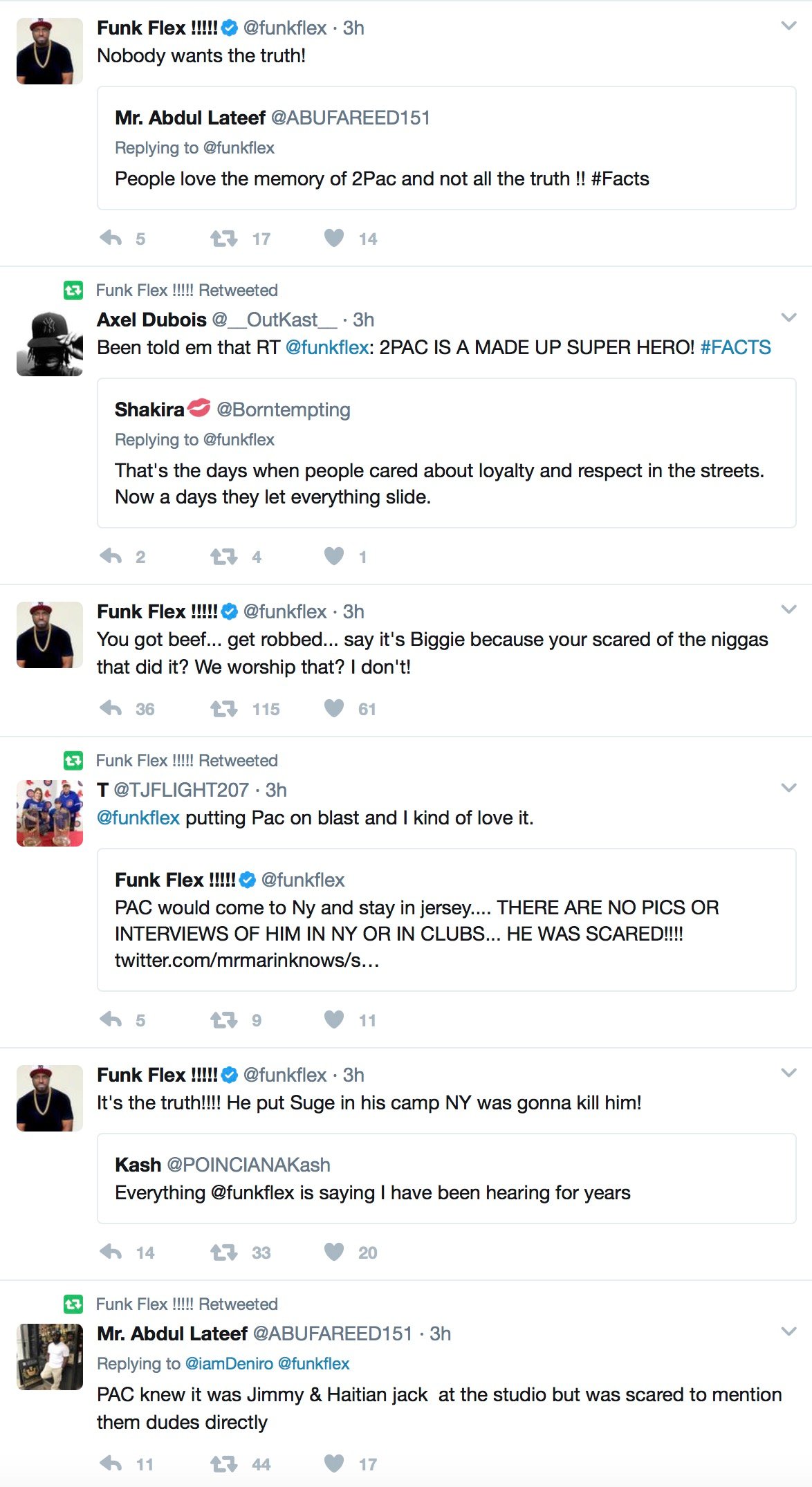 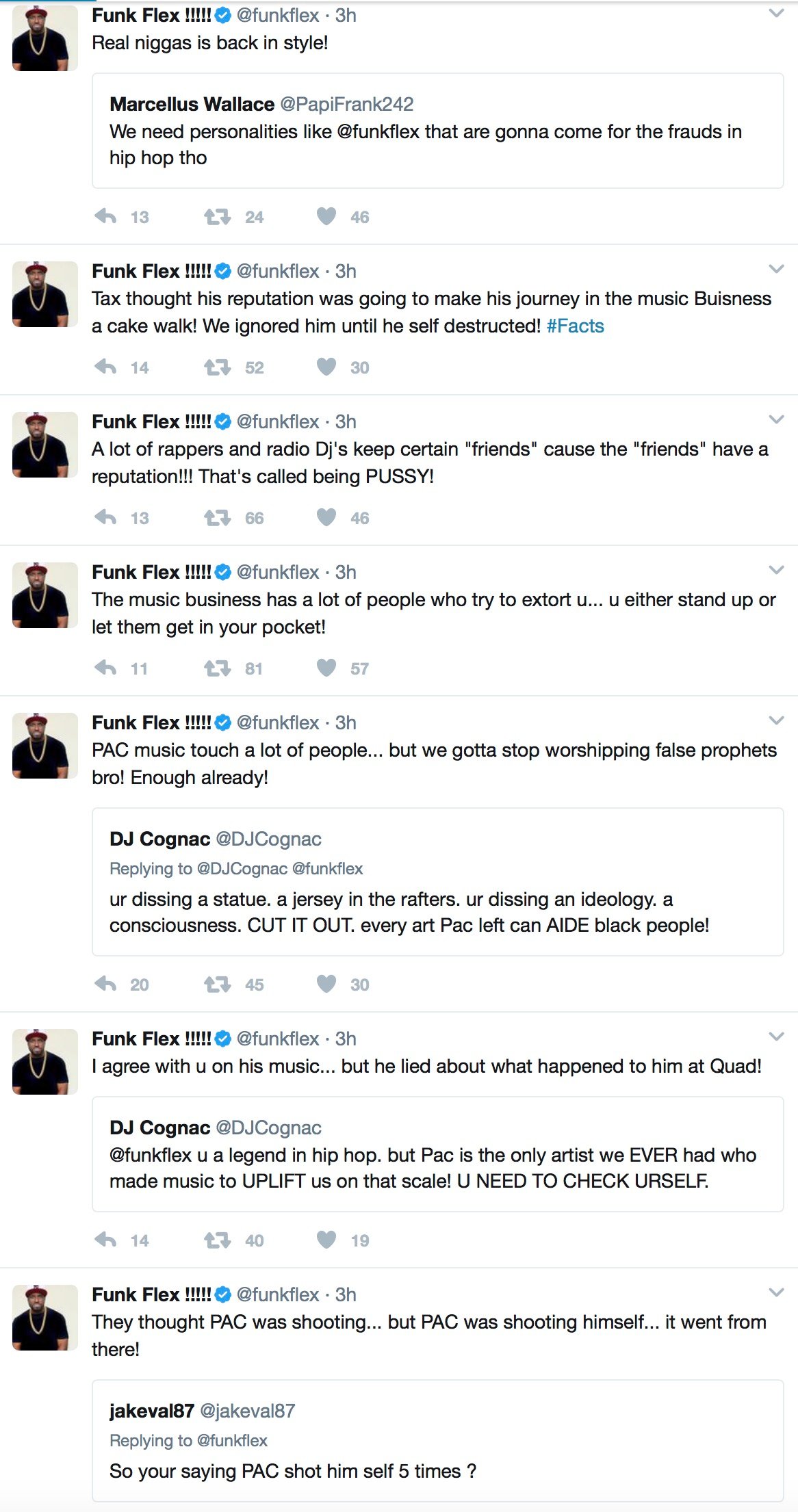 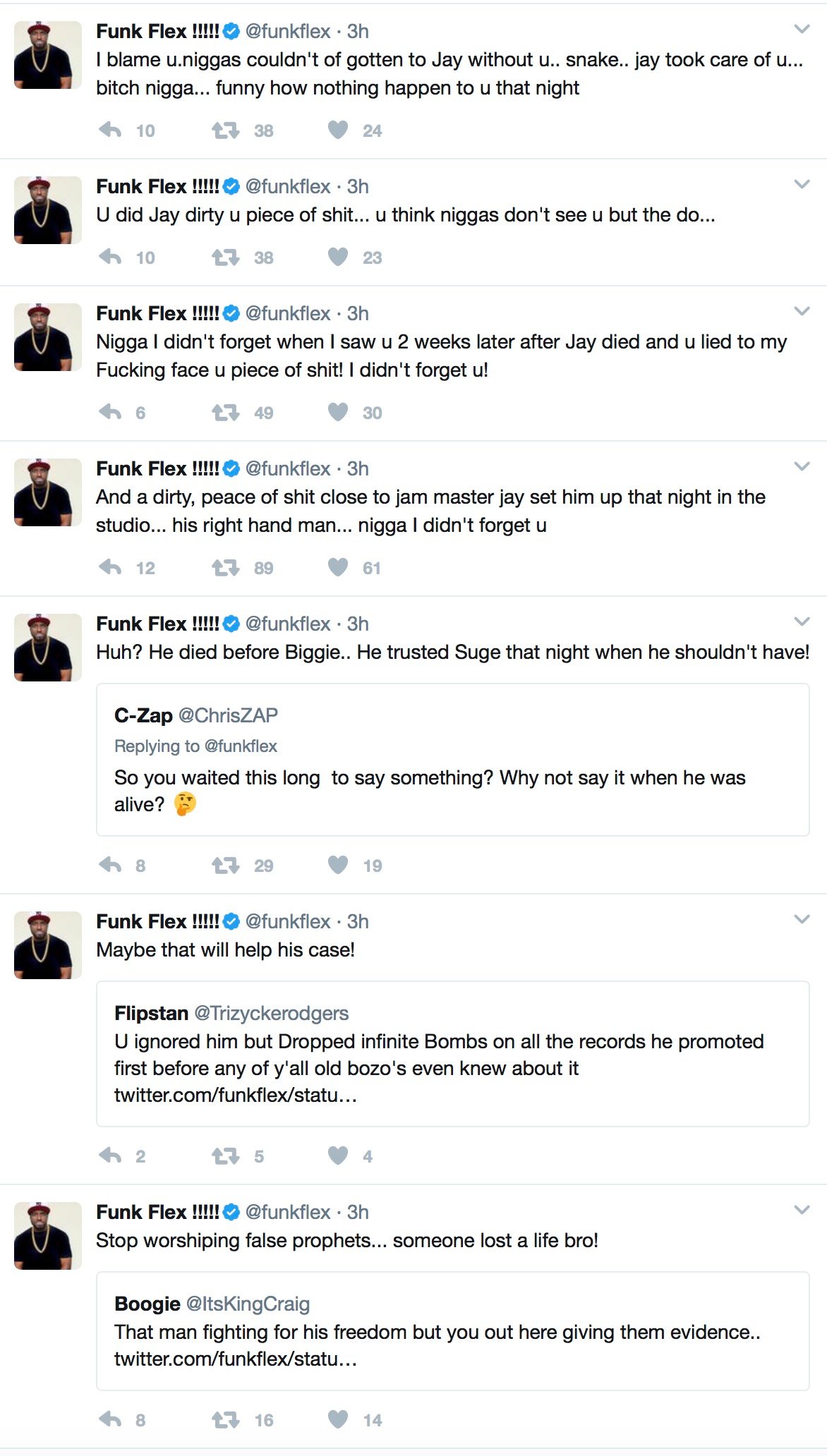 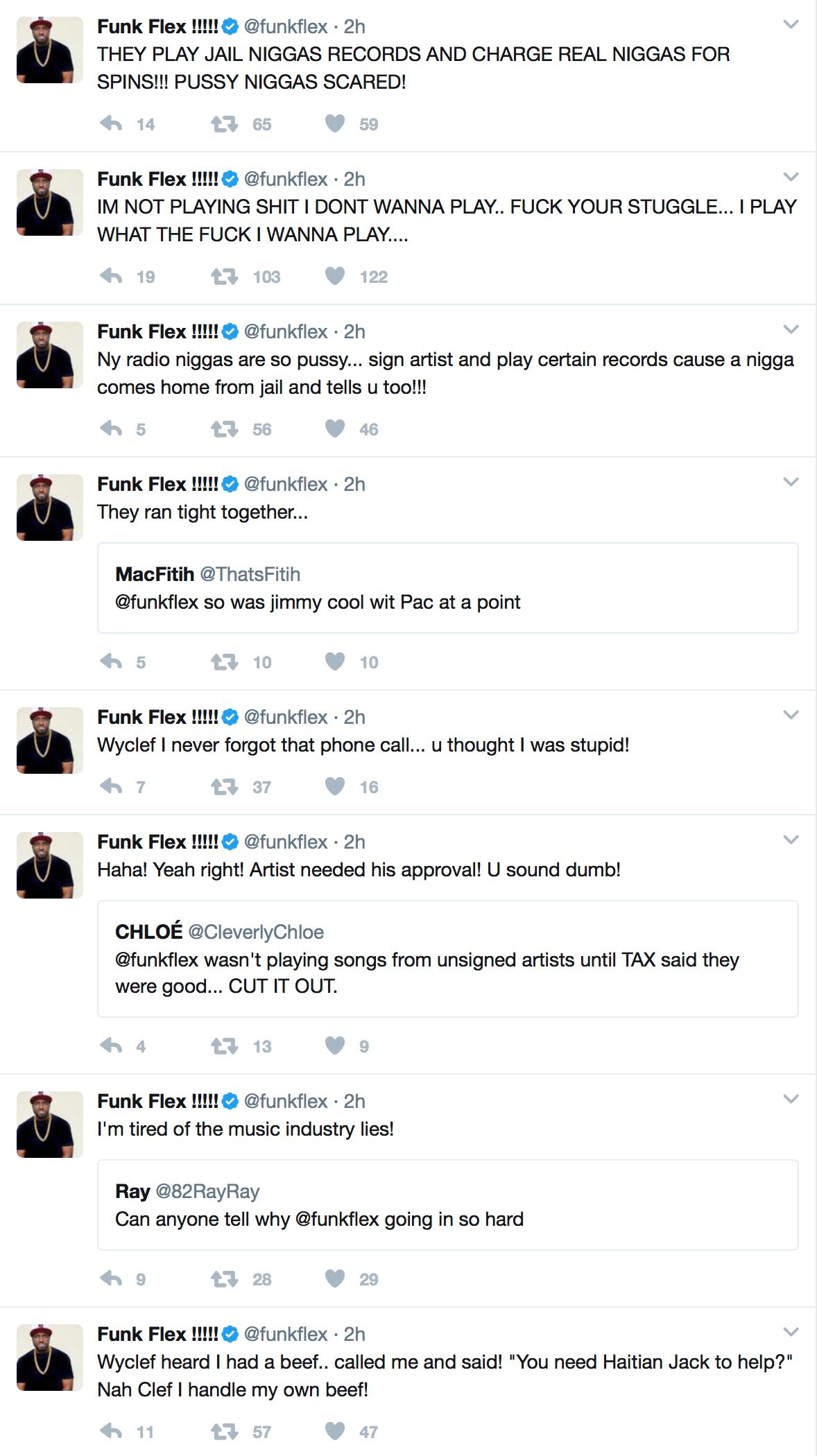 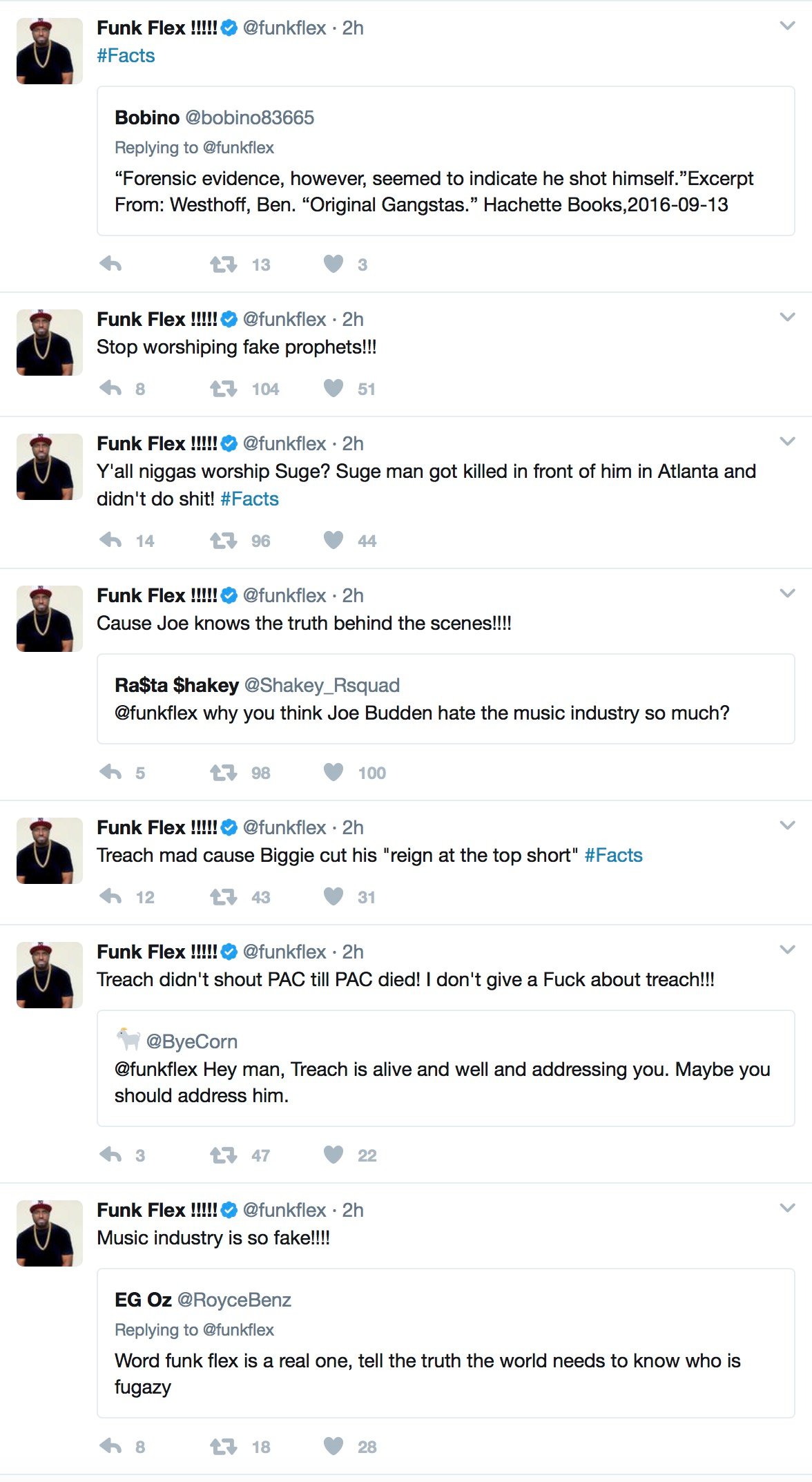 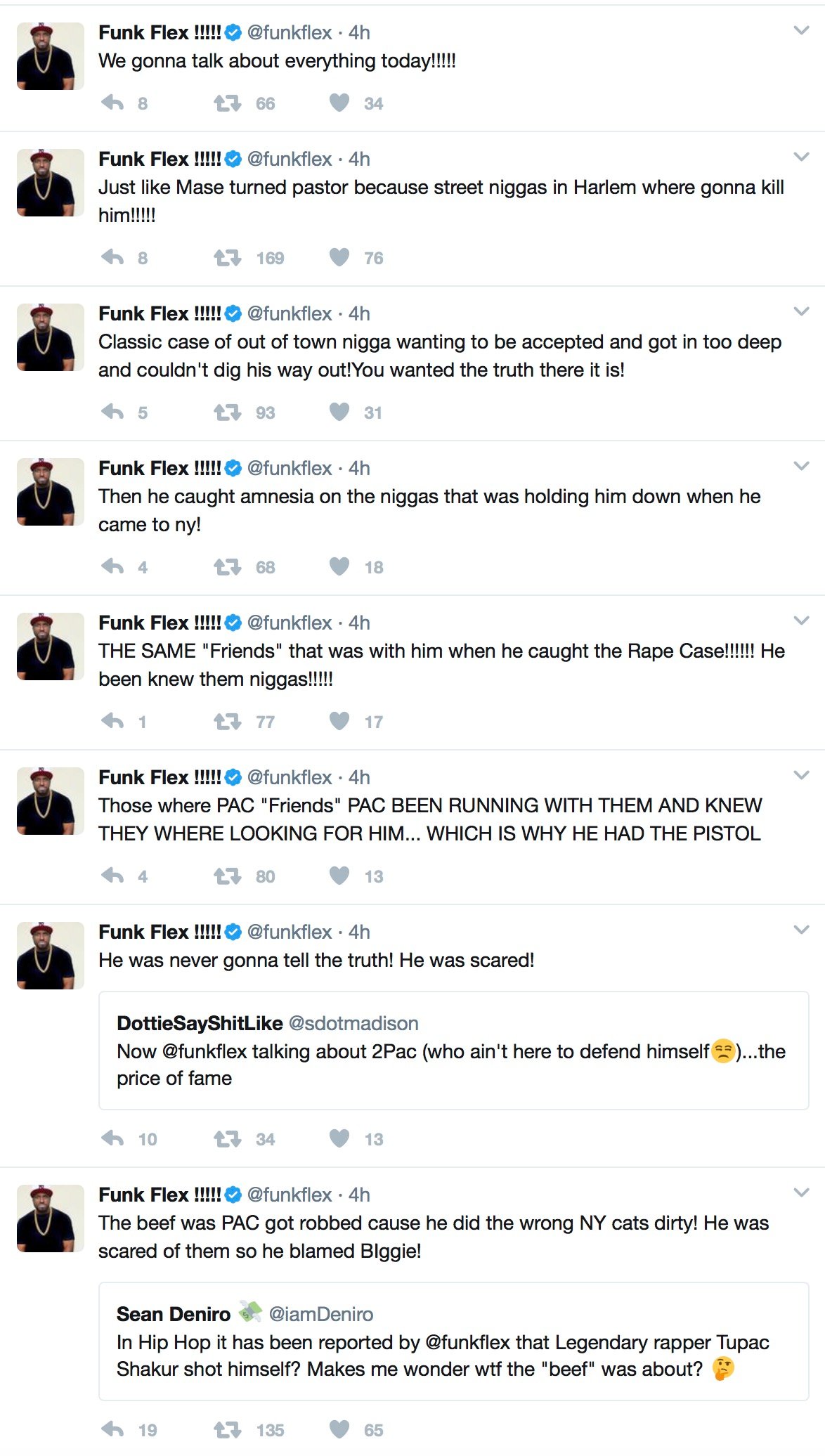 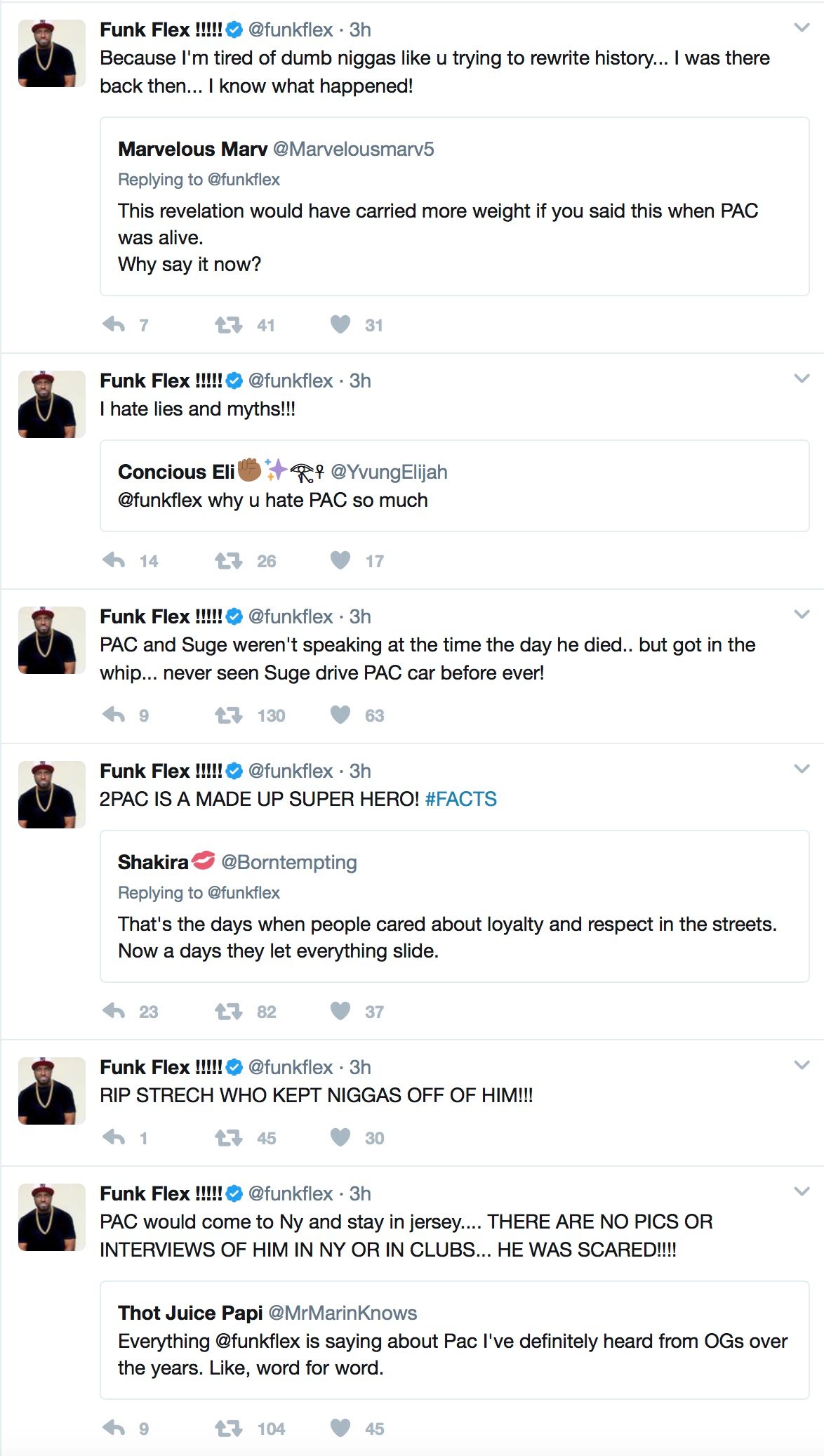 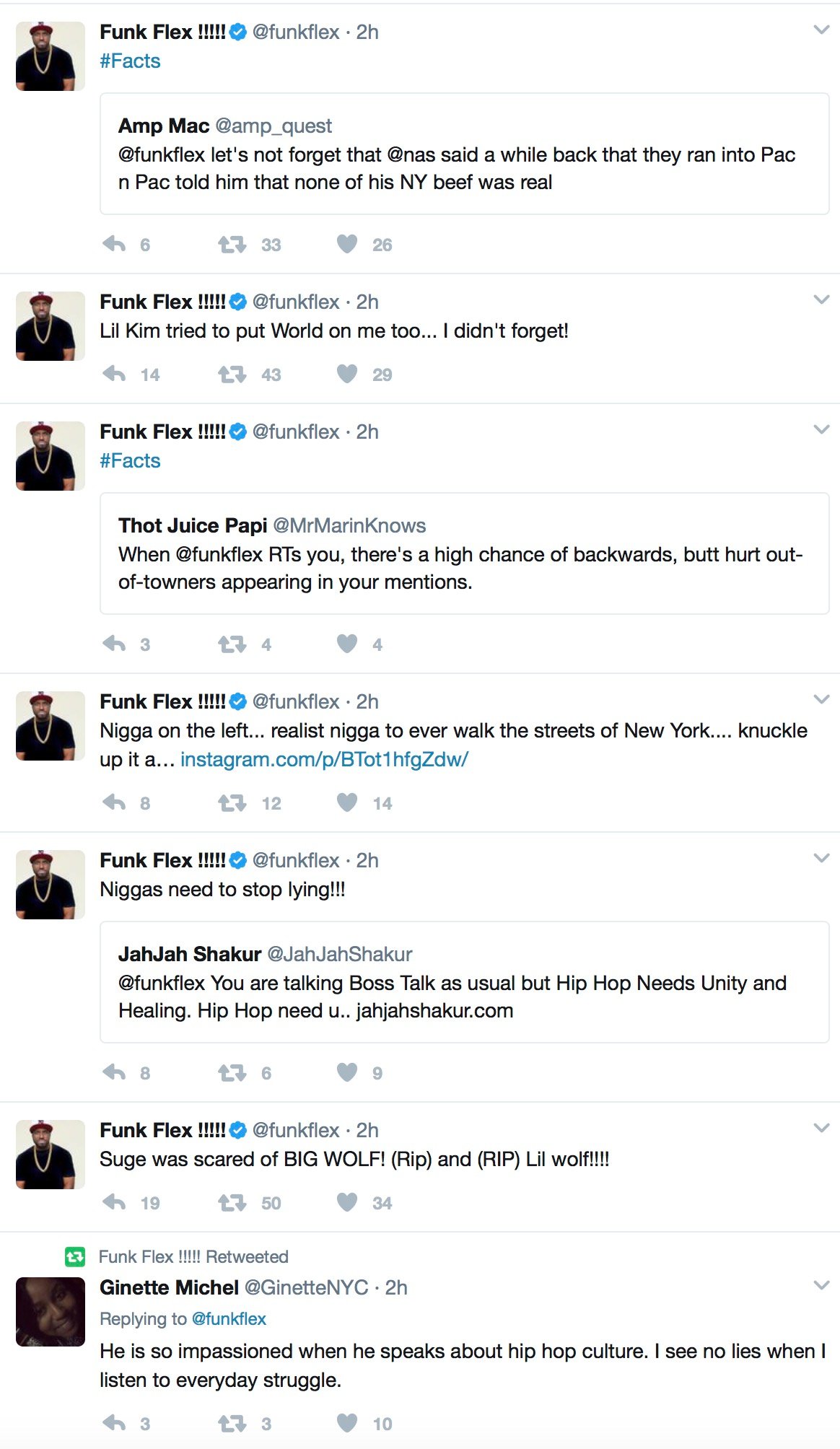 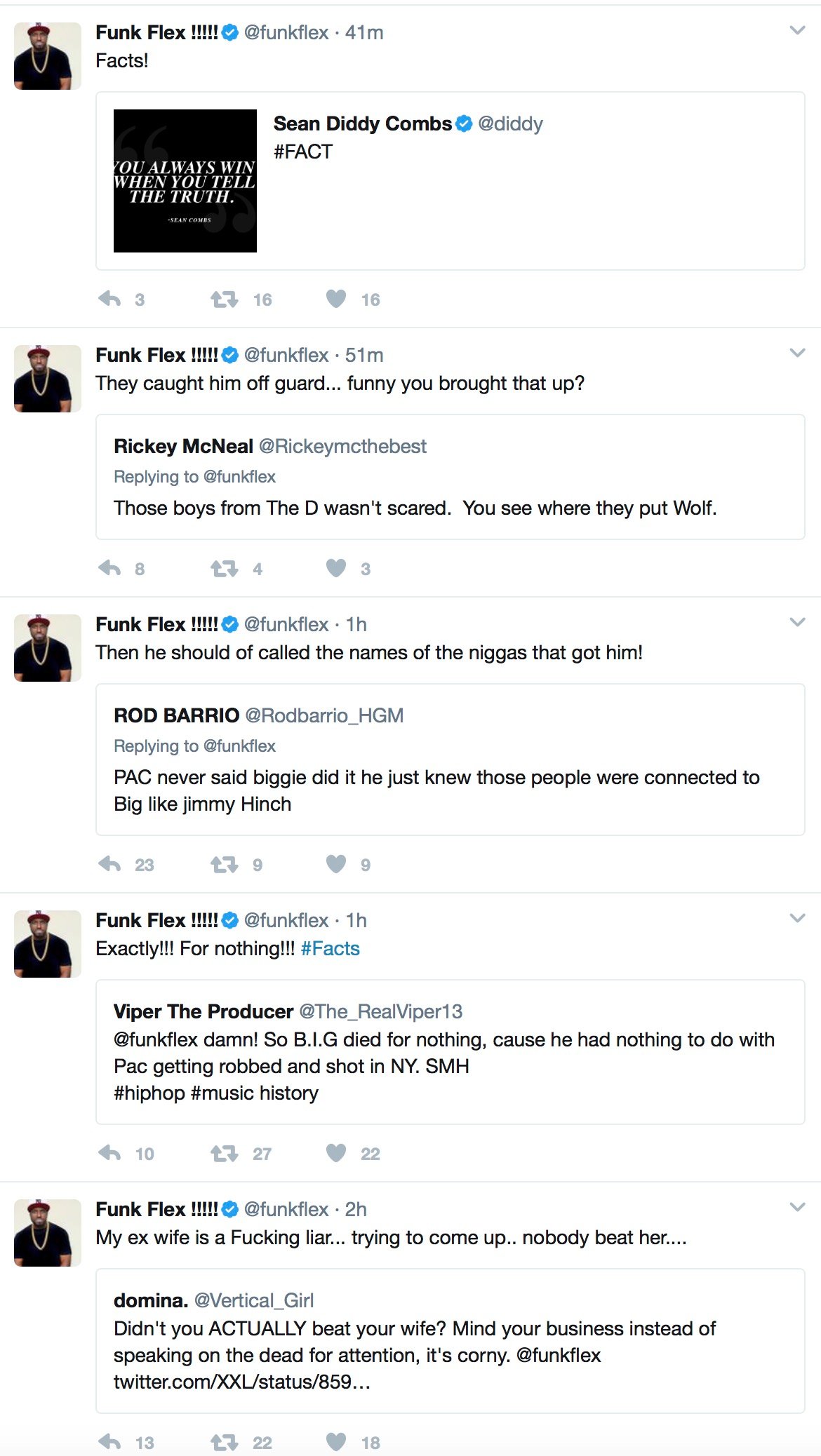