Roc-A-Fella Records alumni Memphis Bleek recently talked about getting Jay Z on one-time rap rival Fat Joe‘s “All The Way Up” remix and explained how they formally ended a past feud.

According to Bleek, Joey Crack reached out to him earlier this year to make peace with Young Hov.

“There’s no credit for who did it,” Bleek said referring to getting Jay and Fat Joe on the same track. “N.O.R.E. hit me, and it’s so weird, I’m driving to the city in the car and he hits me like, ‘Yo, Fat Joe wants your number.’ So you know me, ‘Errrr!’ Pull over on the shoulder. I gotta hear this conversation correct. ‘You sure Fat Joe wants ‘my’ number out of everybody?’ … Ten minutes later he call me, I couldn’t believe it. He’s like, ‘Nah Bleek, n*ggas in a better space. I just wanted to holler at the big homie and let him know. This is beyond the bullsh*t and we need to do something to unify the city.’ … [I told him,] ‘I will relay the message for you.’ I hit Hov, mind you, I’m on the shoulder on the turnpike, I ain’t pull off yet – I tell Jay, ‘I just talked to Fat Joe – he wants you to do the remix to ‘All The Way Up,’ and Jay was like, ‘I ain’t gonna front, that sh*t is fire.'” (Rap Radar Podcast)

Earlier this week, Joe celebrated the success of his “All The Way Up” banger. 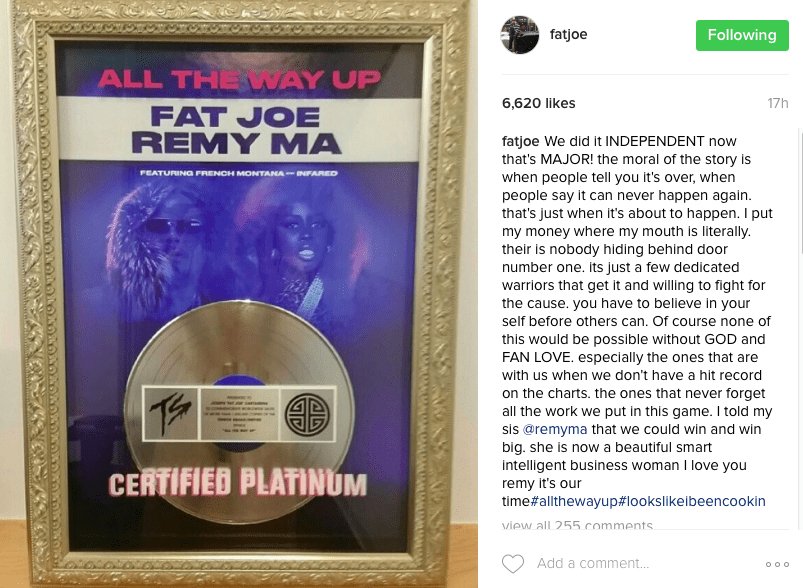 Back in May, Jay Z remixed the duo’s chart-topping anthem.

Well we did that. we did it for the city. I told you we'll paralyze the game #allthewayupremix

In mid-April, Joe teased fans with a picture alongside Jay on social media. 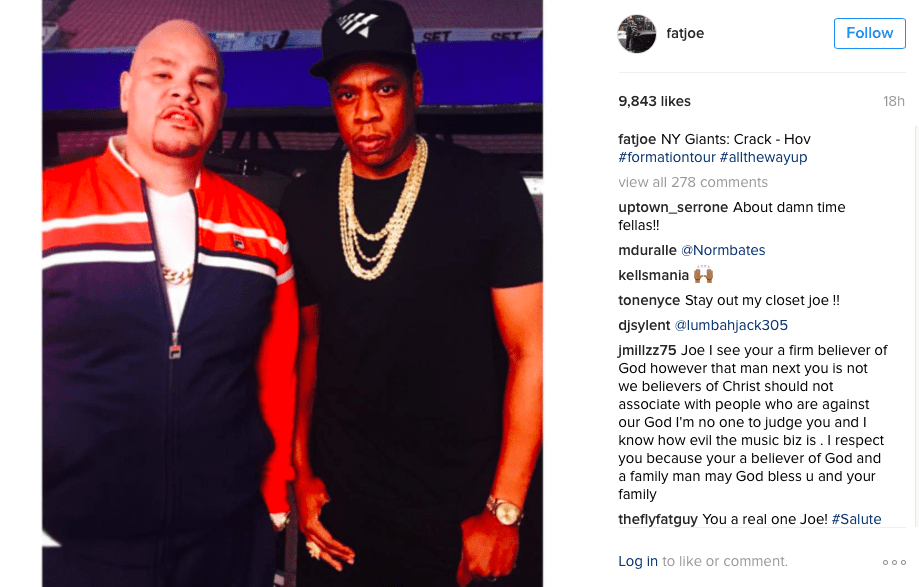 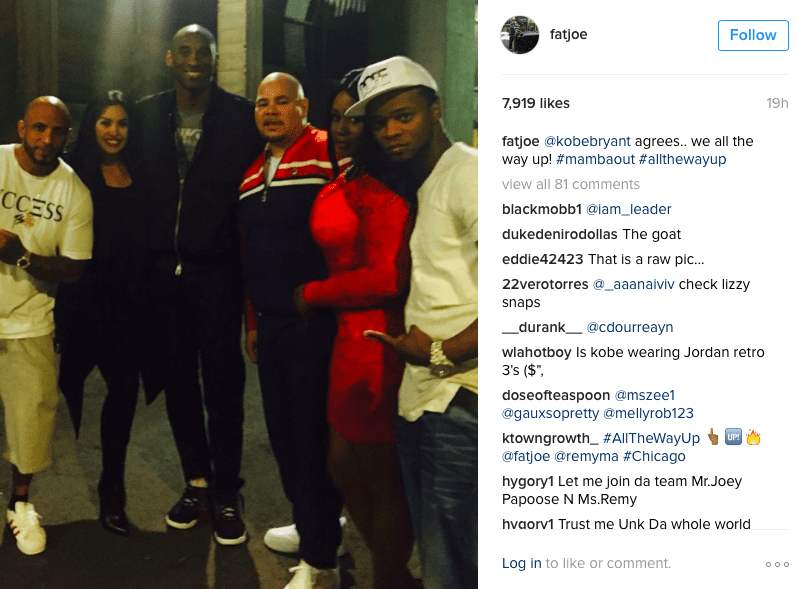