Yesterday (June 28), the famous twerking queen Megan Thee Stallion posted a video on TikTok of her twerking to “Falsetto” by The-Dream, wearing a black hoodie and leggings. This time, fans weren’t exactly focused on her dancing skills. 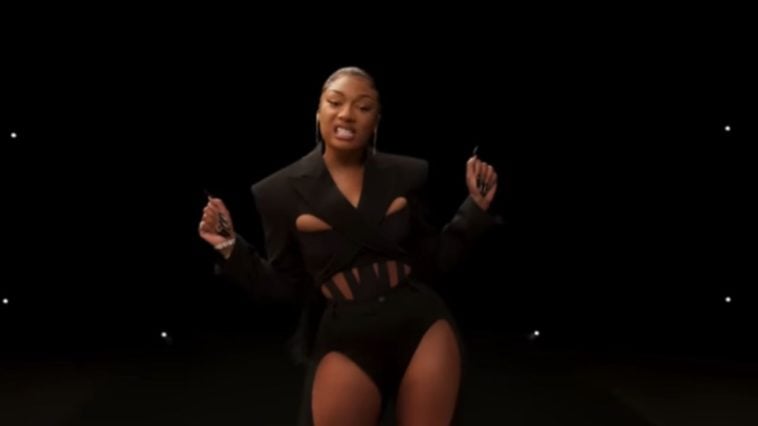 In a video that lasted less than 30 seconds, the Houston hottie wore a black hoodie and showed her twerking to the song “Falsetto” by The-Dream.

As she turned sideways and leaned forward, some TikTok users spotted a Plan B box sitting on top of the open suitcase behind her.

The Plan B box not only aligns with Thee Stallion’s newly released song “Plan B,” but it also links to the U.S. Supreme Court’s decision to overturn Roe v. Wade.

“My Body, My Motherf*cking Choice”

The Plan B box in the video dovetails well into the recent issue with women’s abortion rights.

After the Supreme Court decided to overturn Roe v. Wade, therefore banning women’s constitutional right to abortion, the sale of emergency contraceptives such as Plan B have increased significantly in major pharmacies.

This decision has stirred up a lot of resentment, and many musicians also spoke up to fight against the rule and help protect the right of women.

As Megan Thee Stallion performed at Glastonbury Festival in Somerset, the U.K. on Saturday, June 25, the Texas-based rapper said her home state of Texas was “really embarrassing right now” and shouted out loudly  “my body, my motherf****** choice” to show her attitude and speak against the abortion decision.

Under the comments of Thee Stallion’s video; many fans guessed that the Plan B in the video aimed to tell them to stream Plan B, the artist’s new song released on April 22 this year.

The Houston hottie made a video to promote the song earlier in June. This music video is different from what Megan usually puts out as she focused more on the lyrical aspect of the song rather than looks and choreography.