Maybach Music Group’s Meek Mill might be about that Puma life but adidas has him feeling inspired. The hip-hop veteran has flexed a major message from the sports apparel giant. This week, Meek made it a cold summer by showing off a new iced-out grill.

@MEEKMILL UPDATED HIS #GRILLZ 😁💎💥💦 HOW THEY LOOKIN?!

Peace and love is gon always be the best felt option….. It ol resonate better than everything else…

A few days ago, footage emerged of Meek and 50 uniting for an epic Las Vegas performance.

Last night (August 25) at the Drai’s nightclub in Las Vegas was no less than a movie. 50 Cent, Trey Songz and Jeezy were the scheduled performers at the famous venue but they had something special planned. The three superstars brought out special guests Meek Mill, James Harden and even Chance The Rapper to the stage and performed some songs together. One of them was Meek Mill’s popular ‘Dreams & Nightmares’ intro. (Hip Hop N More)

#PressPlay: We love seeing everyone getting along 👏🏾🙃 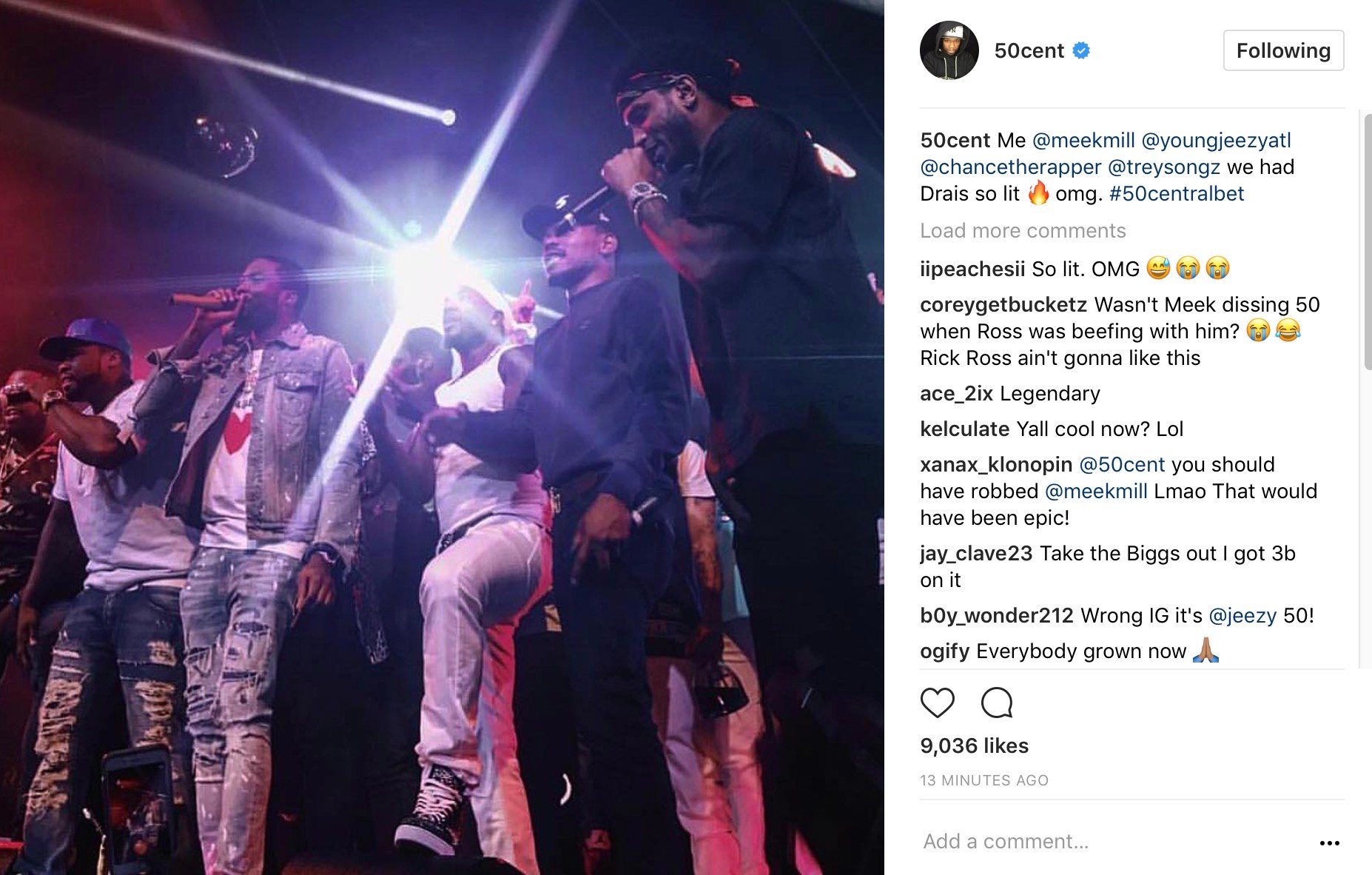