Meek revealed his frustrated reaction on Instagram Monday (May 23). 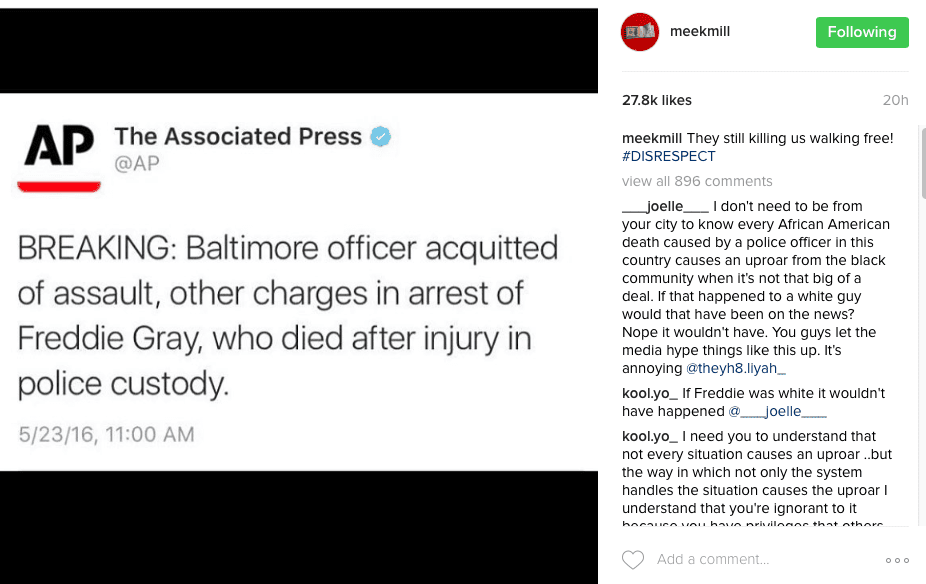 Nero avoided multiple charges including assault in the high-profile Gray case Monday (May 23).

Nero faced charges of second-degree assault, reckless endangerment and two counts of misconduct in office. Nero waived his right to a trial by jury. His bench trial began May 12 and final arguments were heard Thursday. (CBS Local)

The Baltimore City Fraternal Order of Police Lodge 3 reacted to the ruling on Twitter.

Nero caught the biggest breaks in not being found guilty thanks to Officer Garrett Miller claiming responsibility in detaining Gray.

Prosecutors claimed that Nero assaulted Gray by detaining him without justification. But Miller testified under limited immunity that he alone detained and handcuffed Gray, that he was the one who walked Gray to the wall while Nero retrieved officer Miller’s bike. The only time Nero touched Gray at the arrest site was when Gray asked for his inhaler, Miller testified. (CNN)