According to reports, the headline-generating attack went down before midnight.

At least two men were killed, and another two wounded, after gunfire erupted outside a Connecticut concert hall where rapper Meek Mill had just finished performing Friday night, authorities said.Mill, whose real name is Robert Williams, had just walked off stage at the Oakdale Theatre in Wallingford when shots rang out by the venue’s entrance around 11:15 p.m., Lt. Cheryl Bradley told reporters at a press conference. (New York Daily News)

The two males who survived the shooting have non-life threatening injuries and were transported to Hartford Hospital and Yale New Haven Hospital, Wallingford Police Lt. Cheryl Bradley told reporters. Lt. Bradley did not provide any information about the deceased victims. She also said it is unclear if the victims knew each other or what prompted the shooting. (ABC News)

As of early Saturday (December 31), there are no suspects in custody.

Police haven’t released the names and ages of the four victims. The spokeswoman says no one is in custody. Authorities didn’t immediately release information on suspects or vehicles. Lt. Cheryl Bradley says the show had just ended and the Oakdale was closing when the shooting occurred. Authorities haven’t linked violence to the performance or the rapper. (WCVB)

A few days ago, Meek went to Instagram and promoted the Connecticut showcase. 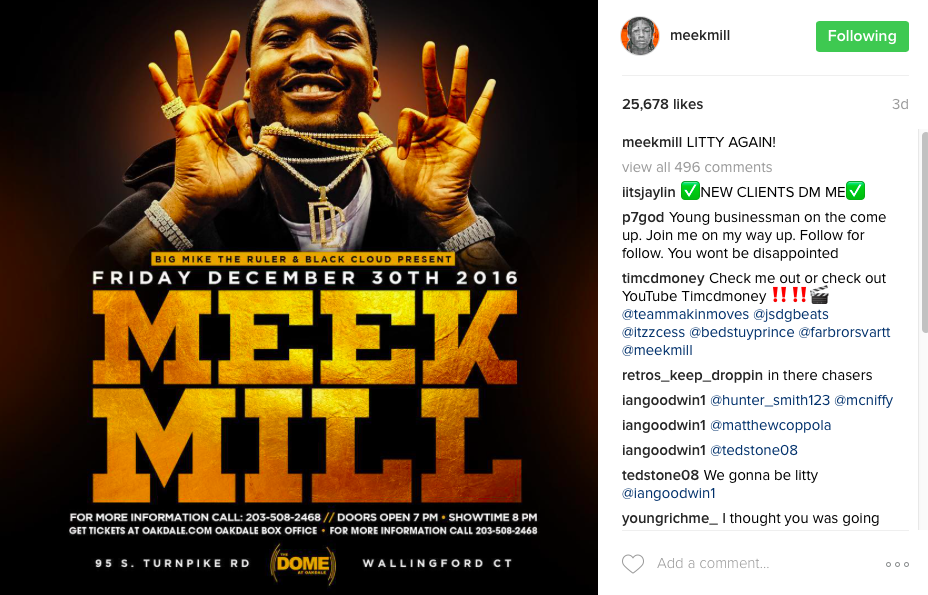