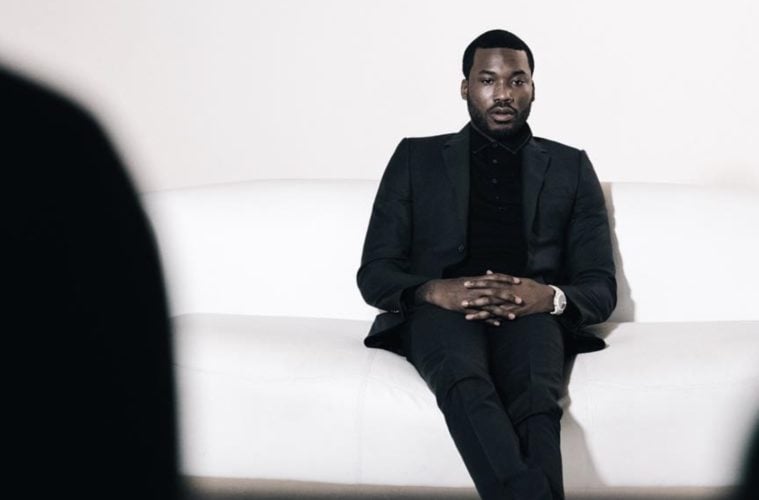 According to Meek lawyer Joe Tacopina, the judge’s sentence stems from a past song request.

According to Tacopina, Meek and the judge are from the same part of Philly and know some of the same people. Tacopina says the judge suggested to Meek — during a meeting in chambers last year — he do a remake of Boyz II Men’s, “On Bended Knee” … and give her, the judge, a shout-out. Meek thought she was kidding and laughed. Tacopina claims she said, “I’m not kidding,” and when Meek refused to do it, she replied … “Okay, suit yourself.” (TMZ)

New York rapper Casanova 2x has publicly flexed his support for Meek amid his 2 to 4-year prison sentence.

We all make mistakes, have struggles, and even regret things in our past. But you are not your mistakes, you are not your struggles, and you are here NOW with the power to shape your day and your future.But at the end of the day we are all the same to them..STILL NIGGA!!I hope that don't go over y'all heads😔They ain't playing fair at all.The odds are against us,they could've been me.Im on parole I've been for the last 4 years and it hasn't been easy or fun.But thank god of what I've become 🙏🏿I hope this doesn't go over y'all heads.I could've been you tooooo!!! #samesweater #Samepain #samestruggle #Rumbleyoungniggarumble😤 #lordpleaseprotectmefromthelaw😔

#JayZ, #SnoopDogg and #KevinHart share their support for #MeekMill

Yesterday, a report emerged about Meek landing the hefty sentence after appearing in a Philadelphia courtroom.

Meek was in a Philadelphia court Monday when the judge ruled he’d violated probation from his 2009 drug and weapons case by getting busted for a St. Louis airport fight … and his reckless driving arrest in NYC. Even though both cases were dropped, the judge said the arrests alone were violations — and reportedly gave him 2 to 4 years in prison. (TMZ)

Rapper Meek Mill arrives for court at the Criminal Justice Center with his lawyer Brian McMonagle in Philly. #MeekMill pic.twitter.com/AL9chUKjno