Meek Mill Wants Your Girl To Get Savage This Summer

Maybach Music Group’s Meek Mill is selling savagery. The hip-hop stud has alerted fans of some fresh Dreamchasers merchandise going up for sale.

On Saturday, Meek Milly jumped on Instagram to show off some fresh Savage Mask swimwear. 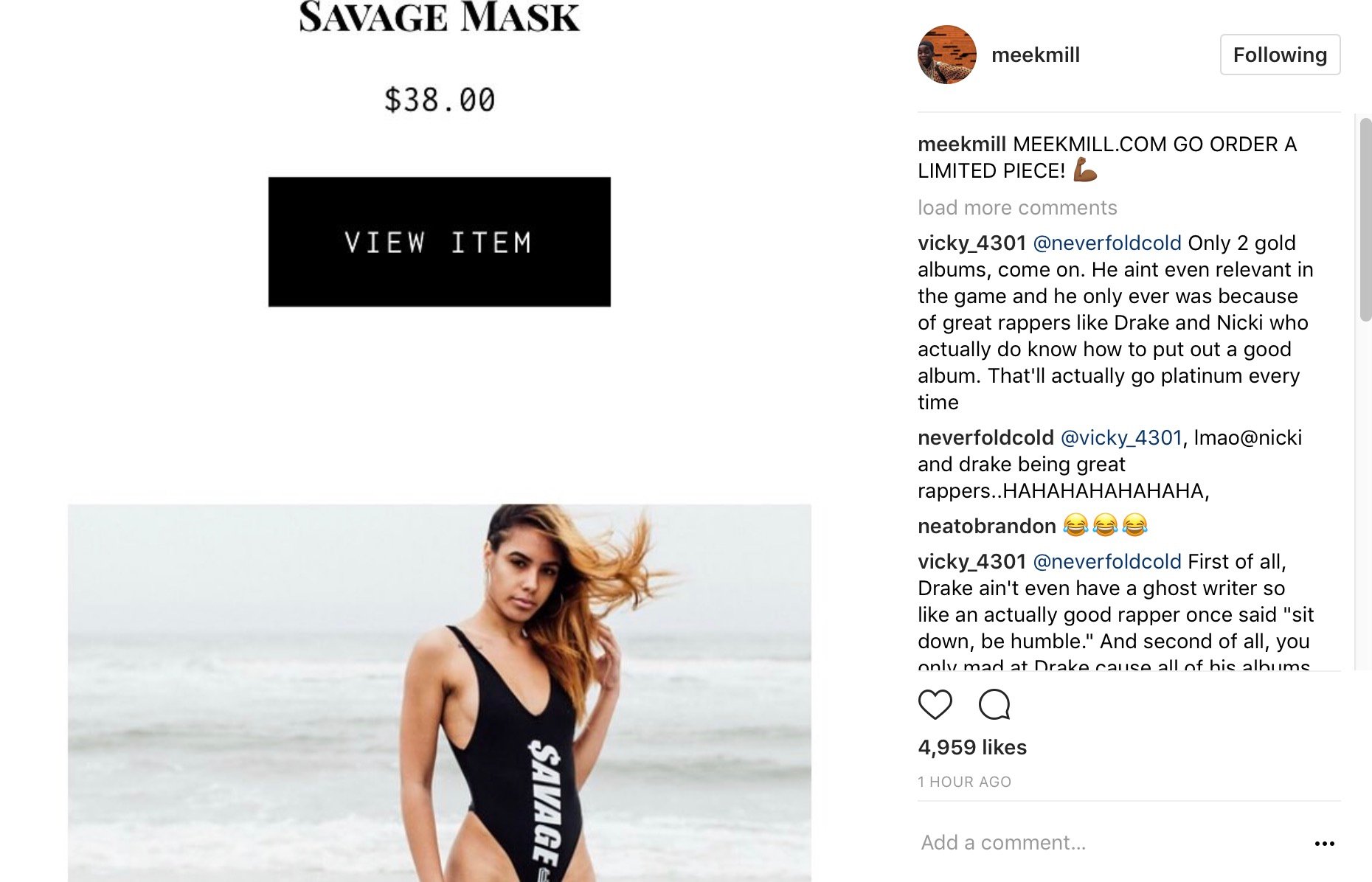 “When I lost my freedom and caught my case, it was kind of like a win too. The judge put me through a lot, sent me back and forth to jail, but it taught me a lot. It started out as a loss but I turned it into a win. … You can’t make me feel like I’m losing. That’s why, through all this sh*t, I always stayed chin up.” (Spotify)

“See that’s one thing in life, it’s always going to be f*ck sh*t, h*e sh*t. Get the money, n*gga. Get money and run – that’s why I love the name of Meek’s new album, Wins and Losses, ’cause that’s what it’s about. Wins and losses. You just gotta add up the more wins, you gon’ lose. That’s why I tell y’all just get it.”

A few days ago, Meek unleashed his new “Glow Up” single to the masses.

The Philadelphia MC has started his new campaign off on a strong note, dropping the three-track Meekend Music project on his 30th birthday, plus two music videos for “Litty” and “Left Hollywood.” On Sunday night (May 21), the MMG spitter announced on Instagram to expect a new track titled “Glow Up” at midnight, and on time the track is here. (Miss Info TV)