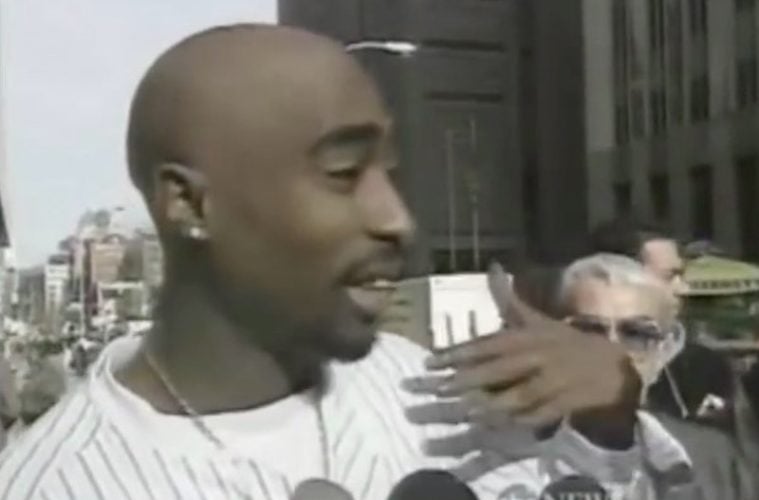 Meek Mill Uses 2Pac Clip To Address NYC Arrest, Claps Back At Cops: “They Know What They Doing” [Video]

Maybach Music Group’s Meek Mill is feeling like Makaveli. The hip-hop artist has come forward with a woke video message to law enforcement.

They will never change! Charged me with a f1 felony for a alleged wheelie on instagram putting my freedom in jeopardy because they know I'm on probation! They know what they doing 👮🏽 "from a traffic ticket to a f1 felony! Them folks vicious🤔

This week, a report surfaced about Meek having a reckless endangerment charge dropped.

Prosecutors decided not to pursue felony reckless endangerment charges against the rapper according to Meek’s lawyer, Joe Tacopina. Prosecutors are mum on why they dropped the charge, but Tacopina says the case was ridiculous from the start because the incident went down Wednesday right in front of cops who did nothing to stop it. (TMZ)

Early Friday, details surfaced on how a 911 call ultimately had cops going for Meek.

A 911 call brought police to the intersection of West 207th Street and Sherman Avenue at about 8:23 p.m. Wednesday, but by the time officers arrived, the group had driven away. Investigators were later made aware of video on social media showing Meek Mill doing wheelies on his dirt bike, which he was riding without a helmet, as part of the group. (ABC 7 NY)

The bust came shortly after Meek performed on “The Tonight Show” with singer The-Dream.

The 30-year-old rapper (born Robert Rihmeek Williams), was charged with one count of reckless endangerment on Thursday night after performing the politically charged tune “YBA (Young Black America)” with The-Dream on The Tonight Show. At press time it was unclear if Mill was still in police custody and a spokesperson for the rapper could not be reached for comment. (Billboard)