As of early Tuesday (October 18), Meek’s account does not exist.

It looks like Meek Mill‘s Instagram has disappeared. At some point on Monday night (Oct. 18), the Philly MC’s IG page was no longer popping up, prompting many to believe he deleted it. Why would he do such a thing? Who knows. Perhaps he’s readying a refresh to finally drop DC4. Or maybe, like his Twitter hiatus years before, it’s a self-imposed exile to clear his head. (XXL Mag)

Earlier this year, Meek spoke on the ills of social media. 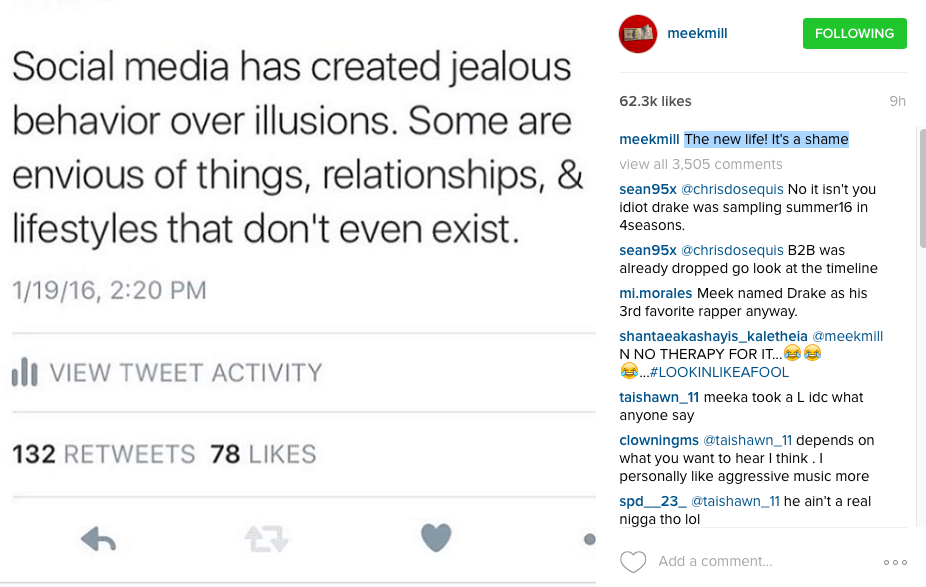 In early January, rappers Jeezy and Waka Flocka spoke down on platforms like Snapchat.

Snap chat gone get somebody head knocked off!!FYI no grown man should try to snap chat another grown man!! Where they do [email protected]

Is it me or is poking on Facebook a little played out ….? Comments please