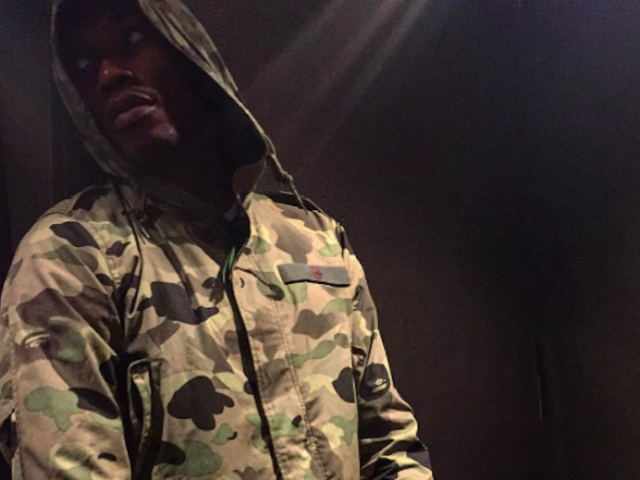 We got Meek outside Le Jardin in Hollywood Thursday night and asked him what he thought about Drake’s tour bus getting hit for $3 million in jewelry. We’ll say this … he did a pretty good job of hiding his smile, but when we asked if that would ever happen to him — Meek’s bravado came out strong. (TMZ)

Coincidentally, Drizzy has denied falling victim to a robbery amid widespread coverage.

“Nobody robbed me,” he twice said to a paparazzi videographer when asked how he felt about the jewelry heist. This is technically accurate, since the jewelry was all owned by his DJ Future the Prince, but obviously the videographer was referring to the whole incident happening on his tour and tour bus. (Complex)

A suspect in connection with the heist was caught just hours later on the campus of Arizona State University, according to TMZ. Travion King, described by police as a transient, was found with a full briefcase of jewels and was charged with felony burglary, according to the gossip site. The 21-year-old has reportedly worked events at the arena in the past, but wasn’t working during Drake’s show on Tuesday night, TMZ reported. (New York Daily News)

Footage had surfaced of Drizzy visibly upset after finding out his bus had millions worth of valuables taken from it.

Drake went ballistic early Wednesday morning after learning one of his tour buses was targeted by thieves, who made off with 2 to 3 million dollars in bling. Drake and Future were performing at the Talking Stick Resort Arena in Phoenix Tuesday night when a thief or thieves made it onto a bus shared by the 2 rappers. They took a briefcase that contained millions of dollars in jewelry. (TMZ YouTube)