Thriving Thursday. We’re thriving to the top so why not get things started with Meek Mill and Nicki Minaj still in love? Speaking of love, are we going to find out Jay Z and Beyoncé‘s marriage is bogus? With R&B beauties still on your mind, is Rihanna in a battle against DC Comics? All this coming up in SOHH Whatcha Think.

Don’t be fooled, just because Nicki Minaj is having all that fun with Beyoncé doesn’t mean her boo-boo Meek Mill is not still on her mind. The lovey dovey couple let the world know nothing has changed. Meek Mill’s Instagram is on it:

How long are they going to be in this lovey phase? Can you really hate on it though, isn’t it super cute? #SOHHWhatchaThink?

Could the love Jay Z and Beyoncé have for one another be completely fake? Is there any chance they would go through this whole marriage situation just for sales? Media Take Out is on it:

In the movie – Sincere from Love and Hip Hop makes a STARTLING Claim . . . that Jay Z and Beyonce’s relationship is a FRAUD. Now before you all say that he’s LYING – note that Sincere is one of the BIGGEST CLUB PROMOTERS in Los Angeles. He’s been IN THE SAME VIP SECTION with Jay Z and Beyonce more than a DOZEN TIMES. So he has INSIGHT into their relationship hat NONE OF US HAS. (MTO)

Is this something any of us can really take seriously? Is there any chance this is real? #SOHHWhatchaThink?

Is Rihanna really in a fight with DC Comics? It’s no secret the power house behind Batman and Superman seems to always win but now there’s this buzz about her trademarking her name? Billboard has the details: 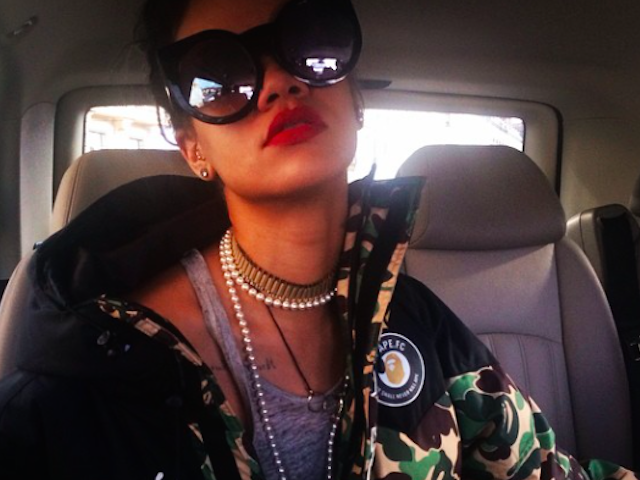 DC Comics is seeking to block a request by Rihanna’s company to trademark the word Robyn, arguing it is too similar to the name of Batman’s trusty sidekick.

Roraj Trade, which holds trademarks for Rihanna’s numerous brands including her Rebelle By Rihanna and Reb’L Fleur perfumes, applied to register “Robyn” on June 23, 2014 with intent to “providing on-line non-downloadable general feature magazines.” DC’s Notice of Opposition was submitted on May 11 in the U.S. Patent and Trademark Office by James D. Weinberger of Fross, Zelnick, Lehrman and Zissu. (The Mary Sue)

Any chance RiRi can win this battle? Does she have a legit beef or is this all about the money? #SOHHWhatchaThink?