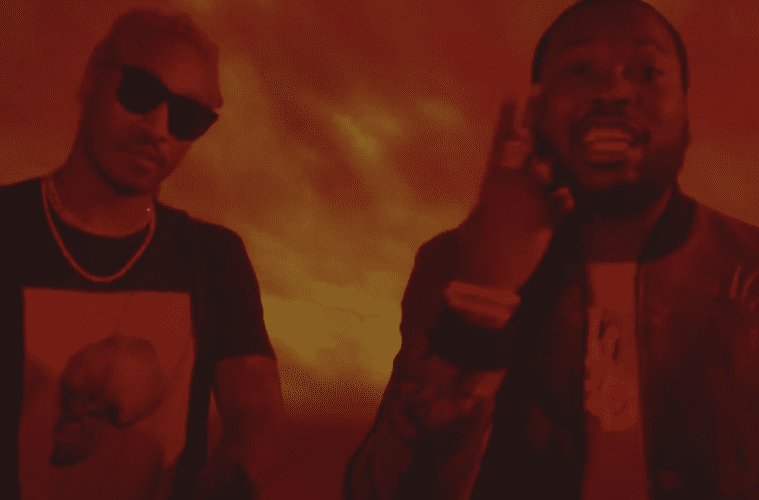 Maybach Music Group’s Meek Mill, Future and Snoop Dogg have some explaining to do according to Tekashi 6ix9ine. The hip-hop trio have felt the wrath of rap’s biggest troll and underground investigator after getting accused of having informant connections.

Last night during an Instagram Live session, 6ix9ine didn’t hold back on trying to expose Meek Mill for his publicized anti-snitching stance. Tekashi accused him of having a close-knit relationship with a former law enforcement informant at Roc Nation.

“The world is full of hate right now. I’ma show you a lot of things right now. I’ma show you how this rap game is full of liars. I’ma show you how this rap game full of rats. I’ma show you how the rap game really works. The rap game don’t want you to know certain stuff. I’ma expose the rap game right now, ’cause I got facts. ‘The story that spooked Dash revealed how Perez, the wife of longtime Jay Z wingman Juan Perez, became a cooperating witness for the DEA in the 1990s. After her 1994 arrest for possession of 35 kilos of cocaine, Perez struck a deal with the feds, agreeing to wear hidden wires to record her meetings with major cocaine traffickers. Her undercover informant work won her courtroom praise from federal prosecutors after she helped them break up major drug deals in Puerto Rico and Colombia.’ Meek Mill, you can’t pick and choose who you want to call rats. This is public information. Ever since Nicki left you, you are a nobody. Did you forget who you was? I forgot what Drake said, what did Drake say? ‘Was that your tour or your girl’s tour?'” -Tekashi 6ix9ine’s Instagram Live

6ix9ine took things even further by trying to single out Future and Snoop Dogg. Tekashi called out Future for associating with ‘snitches’ and said there’s paperwork proving the Dogg Father secretly cooperated with cops in the 90’s.

“If you chilling with a rat, right, makes you a rat, you sir, Future, Meek, you’re a f*cking rat. Let me play this back to you real quick – Perez struck a deal with the feds agreeing to wear wires.’ … For Snoop Dogg, I’m on you now. Right? For Snoop Dogg, you wanna talk all this rat sh*t. I exposed you already. You hit me up in the DM talking about throw up the white flag, please. You said some straight old head sh*t. Listen, hear me out when I say this, you can’t get mad at me for exposing the truth because for the two years I was locked up, you know what y’all said? Y’all aired me out for the two years, y’all had me, y’all aired me. I’m just replying. Tell me if I’m right or wrong. Wasn’t Snoop Dogg and Meek Mill couldn’t get my d*ck out their mouth the whole time I was locked up?” -Tekashi 6ix9ine’s Instagram

On Friday, Future jumped on Twitter to save face. Instead of name-dropping Tekashi, he just distanced himself from the rapper and denied speaking on people he didn’t know.

“Never looking back… I dnt speak on people Business I dnt kno good or bad…understood I’m Jus different and comfortable in my own skin.” -Future’s Twitter

The drama ultimately started after Future put out a lengthy open message to the world. In the message, he called out unnamed women, men and anyone working with law enforcement.