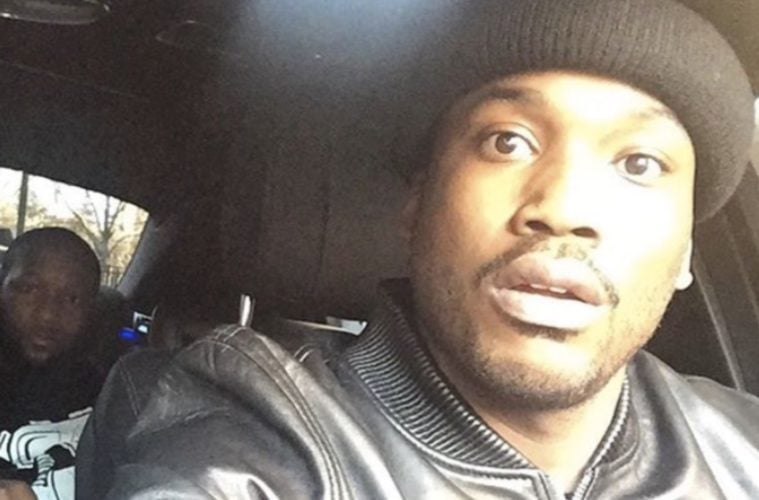 Maybach Music Group’s Meek Mill is staying grounded. New reports claim his now-infamous judge in a publicized probation violation case is denying his request to travel to Toronto during the NBA playoffs.

According to reports, Genece Brinkley isn’t giving the green light for Meek to support his Philadelphia 76ers against the Raptors.

Meek Mill will NOT get a new trial — Judge Genece Brinkley shut down his motion, despite prosecutors acknowledging he should get one. Brinkley made her stunning ruling Monday, saying, “After an in-depth review of the record, court history, notes of testimony, and evidence submitted at the evidentiary hearing, this court hereby denies defendant’s petition for PCRA relief as defendant failed to meet his burden of proof.” (TMZ)

Meek’s legal muscle almost immediately issued a statement on the ruling and what’s to come next.

7:43 AM PT — Meek’s attorney, Joe Tacopina, tells TMZ, “Judge Brinkley made clear during the hearing on June 18th that she had already decided the matter. We continue to believe that this miscarriage of justice will be corrected upon further review, and that the public’s confidence in the impartiality of the judicial system in Pennsylvania will be restored.” (TMZ)

Weeks prior, Meek had his request to get Brinkley off his case shut down.

Pennsylvania’s Supreme Court is denying Meek Mill’s motion to have Judge Brinkley removed from his case … at least until after his next hearing. The state’s Supreme Court justices were split on the matter — 3 denied it, 3 supported it … but there’s a twist. Justice Wecht denied it, but left the door open for Meek and his team to raise the issue again after his June 18 hearing in front of Judge Brinkley. (TMZ)