According to reports, Barnes must cough up $35,000 for his remarks about Fisher a few days ago.

Memphis Grizzlies forward Matt Barnes was fined $35,000 by the NBA for his “inappropriate” comments concerning New York Knicks coach Derek Fisher. Barnes and Fisher, two former friends and ex-Lakers teammates who were involved in an off-the-court altercation centered around Barnes’ estranged wife back in October, were reunited on Saturday night during the Grizzlies’ 103-95 win over the Knicks. The two did not appear to interact at all. (ESPN)

Check out Matt Barnes’ Derek Fisher comments on the next page…

Barnes revealed his frustrations and shot out a warning toward Fisher last week.

“I don’t talk to snakes,” Barnes told the Daily News. “I never wish for another man’s downfall. I always knew the NBA would come down hard on me, so I wasn’t surprised… Cause I’m the bad guy. … I know I got to keep my mouth shut because then he’ll run and tell. So we’re focused on playing that team (the Knicks). And when I’m retired, him and I will cross paths again.” (NY Daily News)

Recently, Barnes inked a long Instagram post on being suspended for a couple games over his physical altercation with Fisher last year. 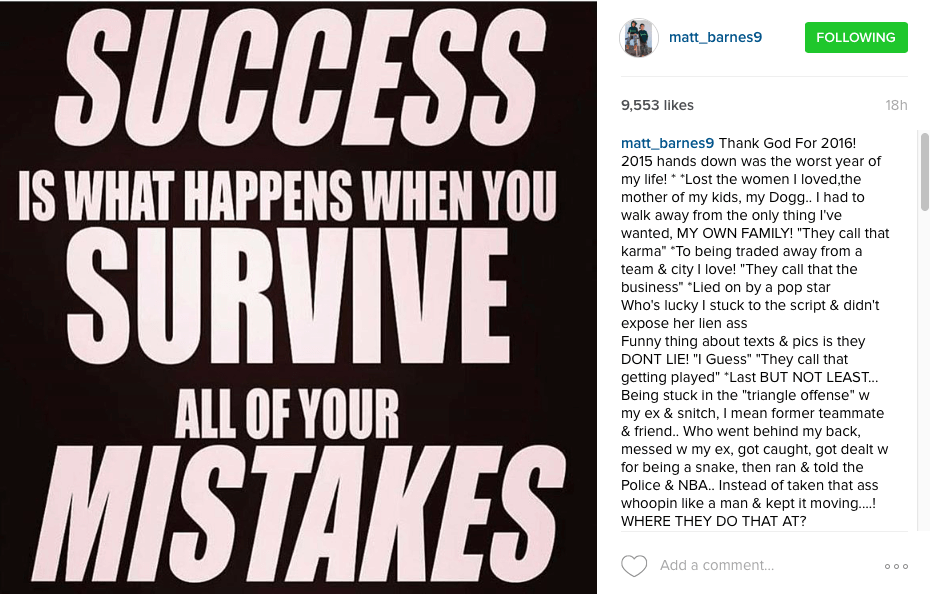 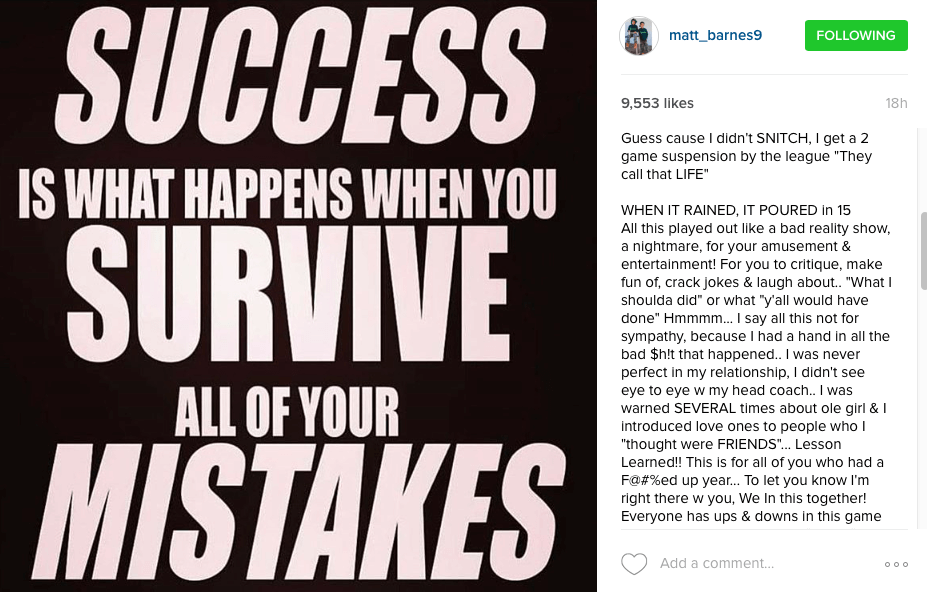 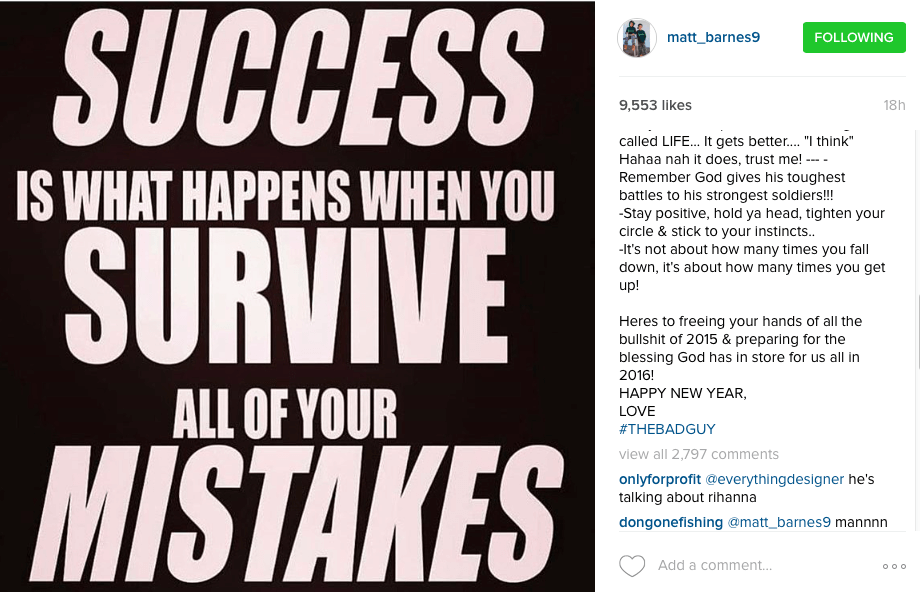 The NBA officially suspended Barnes a few weeks ago.

Memphis Grizzlies guard Matt Barnes has been suspended two games for his role in a confrontation with New York Knicks coach Derek Fisher earlier this year, the NBA announced Monday. The suspension begins Tuesday when the Grizzlies face the Miami Heat. Barnes also won’t be eligible to play Saturday at the Utah Jazz. (ESPN)