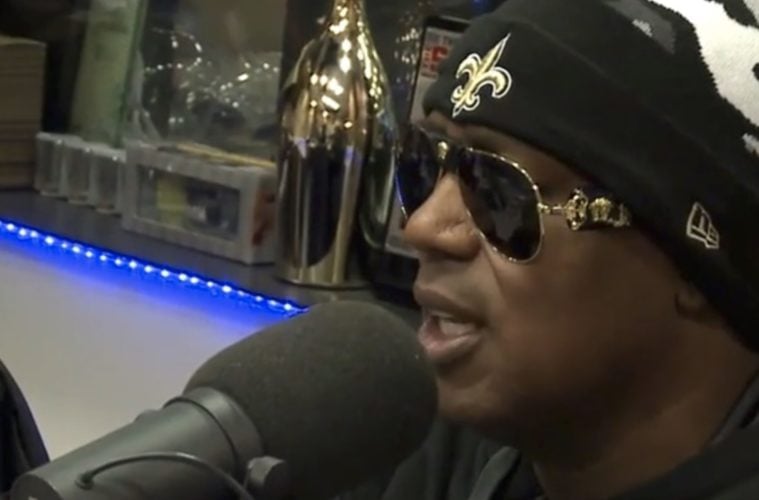 No Limit Records founder Master P is rallying for his jailed brother. The hip-hop mogul has stepped up to publicly share his support for C-Murder.

This week, P went to Instagram to share his determination to see Murder have a new trial

Another key witness in Corey Miller’s case has come forward to recant his testimony Last week, a man named Kenneth Jordan admitted he lied under oath during Corey Miller’s trials, after cops threatened him with arrest. "I remember that they asked me if Corey Miller did the murder. My very first statement to them was Corey Miller didn't do this. They tricked me, I wasn't signing the photo to ID the shooter. I signed it because they told me to. They got me to ID Corey Miller’s picture and sign it," Darnell Jordan continued. Darnell Jordan claims he did not want to testify at Corey Miller’s first trial, so he skipped the state of Louisiana and headed to California. But police caught up with him, shackled him and shipped Jordan back to New Orleans. Darnell Jordan claims he was sequestered in a hotel for a week, when a detective (Donald Clogher) finally came in and forced him to sign a statement with words he maintains he never said. According to Darnell Jordan, he was not able to fully tell his side of the story in court, and claims he saw the gun flash come from the opposite side of the room where Corey Miller was standing, meaning the rap star could not have been the shooter. The bouncer said he also frisked Corey miller, who was free of any contraband, including a gun. During the second trial, the police came to Darnell Jordan's mother-in-law's house with their guns drawn. Darnell Jordan says he was sent to solitary confinement in jail for a few days, and then sent to another hotel room, where he was not allowed to speak to anyone but his wife, as the trial took place. Lawyers for Corey Miller have maintained that each one of his trials has been tainted by shady prosecutors, unreliable witnesses and a juror who admitted she was pressured to find the rap star guilty. #freecoreymiller #innocentman

Free Corey Miller and innocent people celebration after the celebrity game at 7:30 pm infront of Xavier University basketball arena. This will be a peaceful event celebrating the innocent. THE WHOLE CITY IS INVITED. #freecoreymiller

My Uncle C has been serving a life sentence behind bars for something he didn’t do and today the whole world knows he’s innocent. The witness recants his testimony and says he was pressured into identifying the “famous rapper”. Good or bad, one thing I know about life is that we may not understand everything, but everything happens for a reason and although we all aren’t treated as equal we must keep faith. GOD’s strongest soldiers are given the toughest battles, just look at Joseph story in the Bible! My uncle Corey was just being prepared for his real blessings! The devil tried to break this family apart, but we only got stronger. I rarely cry, but today I have tears of joy. | #GodsTiming #FreeMyUncleC

The same week, a man confessed and said he lied about tagging Murder as the shooter who killed a teenager in 2002.

A key witness against Corey “C-Murder” Miller changed his story Tuesday (June 26), swearing he lied when he testified that the rapper shot and killed a teenaged fan 16 years ago at a Harvey nightclub. With Kenneth Jordan recanting, Miller asked a judge to throw out his murder conviction. “I know that the individual who I saw shoot the gun was not Corey Miller,” Jordan, 35, said in an affidavit filed in 24th Judicial District Court records. (NOLA)

In 2014, C-Murder took aim at Romeo’s dad Master P and accused him of telling lies.

“This is a time to come together and support, unconditionally. Not for finger-pointing and ridicule. Even as I truthfully and passionately claim my innocence, I’m forced to entertain the blasphemy and silly lies of the one I believed in and looked up to the most. Who not only betrayed me but turned his back on my kids. My three angels who keeps blood pumping from my heart, throughout my veins. My sincere message to you as you read this is: Trust no one but yourself. No-one deserves your total loyalty, a smile can be deceiving in many ways. Be your own leader. People change and you can never know someone’s TRU identity or agenda. I will never change, break or fold. I will always be TRU.” (AHH)