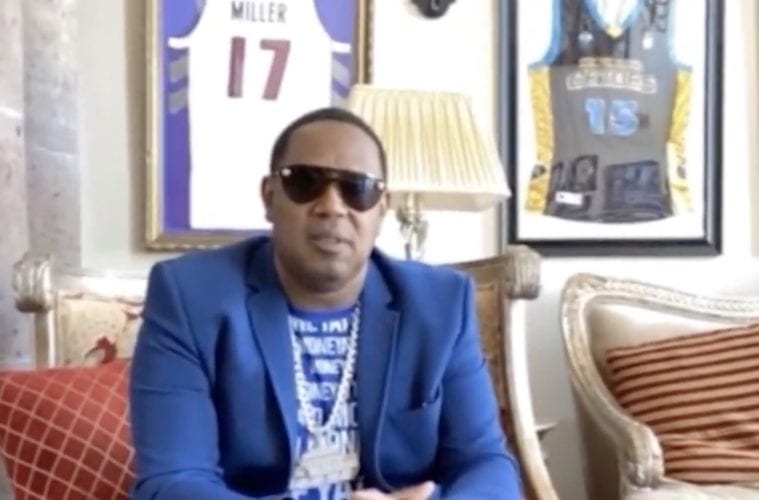 Rap veteran Master P is giving Dreamville fans something to geek out about. The former Toronto Raptors player turned hip-hop legend has revealed rapper J. Cole‘s low-key training to play in the NBA.

In a new interview, Percy Miller admitted Cole reached out to him to dish on his short-lived run in the league. P took things a little further by revealing J saw himself also balling on the court.

“When I talked to J. Cole, he was like ‘You know, big dog you did it. What do you think I would have to do to make it happen?’ I said to get one of these NBA jerseys, it’s not gonna be easy. It’s gonna be a lot of hate, it’s gonna be a lot of people not believing in you but you know J. Cole—he got the right size, he in the gym! … But, what I told him … this a different time we’re in. They’re going to pick you apart! You’re gonna have to be able to hit every shot and if you don’t hit every shot, they—you know in the NBA, they don’t hit every shot but they believe in them. So, you’re gonna have to go somewhere where the team really believe in you and the players believe in you.” (TMZ Sports)

Master P never had the luxury of getting drafted to an NBA team however he played for both the Toronto Raptors and Charlotte Hornets in the late 90’s for the pre-season.

The 1998-99 season was renowned for the lockout which stretched from July 1998 until January 1999. The Charlotte Hornets held a pre-season open scrimmage which fans could attend. At this time Master P was a huge celebrity and could play to a decent level of basketball however, he was not at the level to make the NBA. Both the Charlotte Hornets and the Toronto Raptors cut Master P. He didn’t have the athleticism that the modern NBA players had and that was a major disadvantage. (Basketball Noise)

Much like the 35-year-old Cole would be, Master P played in the NBA in his early 30’s. P suited up for the Hornets pre-season at the age of 31 and 32 for the Raptors pre-season.

In late July 2020, Master P did a voiceover for a J. Cole PUMA sneaker advertisement. In the clip, P is gassing Cole up and hinting at a possible run into playing in the league.

“I know you ain’t about to do what I think you about to try to do? ‘Cause that would be crazy and you ain’t crazy is you? I mean what’s the odds? I know you got more sense than that young blood. Hold up. I think the homie really trying to do it.”

On Tuesday, rap star Wale went to his social media platforms to show off Cole’s new PUMA kicks. Ralph Folarin made sure to stunt on both Twitter and Instagram.