Reality television star Masika Kalysha is letting fans know she is back on strong terms with ex-boyfriend rapper Fetty Wap.

Kalysha released footage of herself backstage at one of Wap’s concerts this past weekend. 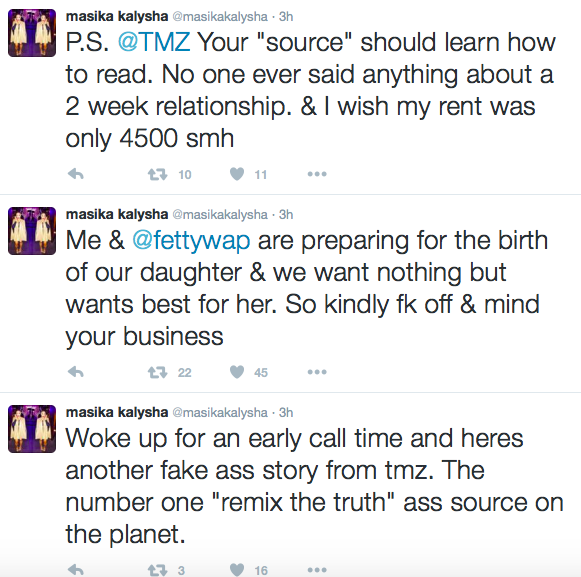 Masika also wants Fetty to pay pregnancy expenses and child support once the baby arrives. She lists some monthly expenses … including $4,500 for rent, $820 for a housekeeper and $2,000 for clothes. We’re told she says she’s dropping $17k per month on expenses. Masika wants the court to grant her full legal and physical custody as soon as she pops out baby Fetty. (TMZ)

A few days prior, Fetty publicly apologized for his actions toward her on social media.

Thank you… Me and baby appreciate the apology. https://t.co/kW3l2eydeR