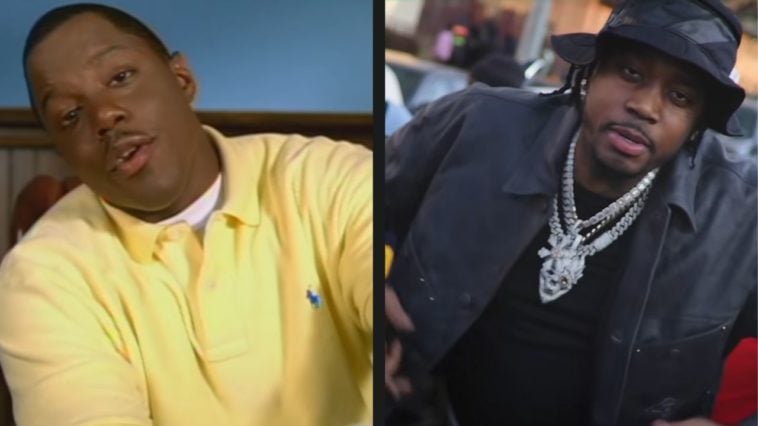 Mase is the head of RichFish, and Fivio Foreign is one of the artists on the label.

The rap veteran enjoyed fame in the 1990s and early 2000s, signed to Bad Boy Records. He later left due to unfair business practices.

Now, he is being accused of doing the same by the “What’s My Name” rapper.

Fivio was on the “Million Dollaz Worth of Game” podcast on July 24 and claimed that Mase gave him an advance of $5,000 and didn’t know the business side of a contract.

The co-host of the podcast, Wallo, questioned Mase on the allegation he responded.

He later explained how the contract was broken down when they went to the record office.

Mase added that he put $50,000 towards Fivio’s career before he signed to Columbia Records.

Bad Business All Around

One music star that is also having problems with their label is Megan Thee Stallion.

Earlier this year, she claimed that her label, 1501 Entertainment, was not paying her because she owed them music.

According to Megan, her album Something For The Hotties was labeled as a mixtape, not an album and they’re demanding more from her.