Mary J. Blige kicked off the first night of her Good Morning Gorgeous Tour in Greensboro NC. The iconic singer, accompanied by Queen Naija and Ella Mai, gave fans an epic and emotional night to remember. 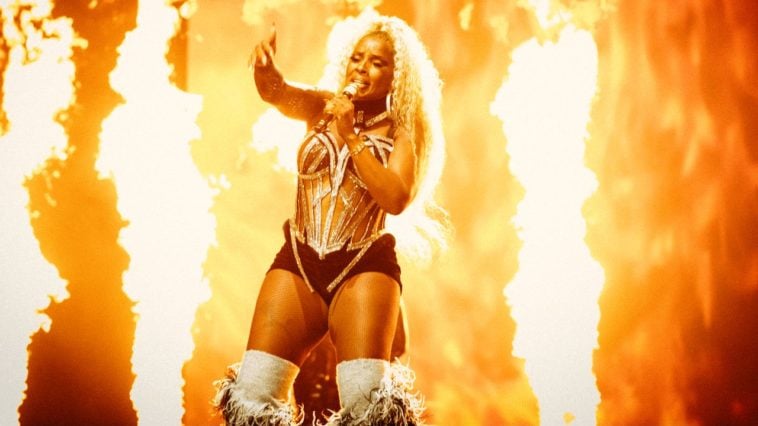 The Queen of Hip-Hop Soul made sure to give fans a memorable Mary J. Blige experience on the first night of her Good Morning Gorgeous Tour.

Fans sang along, word-for-word, as Mary performed some of her greatest hits.

The amazing show briefly took a turn during the Emmy Award winner’s heartwarming performance of her famous 1995 track, “Not Gon’ Cry.”

Blige got tearful and passionate as she sang the lyrics, “he wasn’t worth my precious tears,” as if she was reflecting on a tumultuous and stressful time. Fans felt every emotion and cheered louder for the R&B icon and hip-hop royal as she had her moment.

Transforming the mood, the Icon Award recipient made a quick wardrobe change into a white sequin bodysuit and matching white thigh-high boots.

Then, breaking out with her signature dance moves and rocking across the stage. Mary continued to shock fans as she showed off her jaw-dropping twerking skills, proving she still “got it.”

Supporting Black-owned businesses comes easy to Mary J. So, partnering with the triumphant Black Promoters Collective to create an incredible production was an epic idea.

As a result, fans are gearing up to see Mary in their hometown, waiting to see what the queen has in store next.

Jay-Z’s Made In America Festival

Speaking of amazing performances, during Labor Day weekend, Roc Nation brought the annual Made In America Festival to the Philadelphia stage with a star-studded lineup specially curated by JAY-Z.

SOHH caught up with Roc Nation’s executive vice president of strategy and communications, Jana Fleishman, to talk about the festival’s history and more.

Comments Off on Mary J. Blige Gives An Emotional Performance  At Her Good Morning Gorgeous Tour + Shocks Fans With Her Twerking Skills 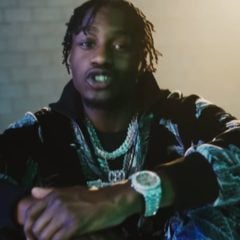 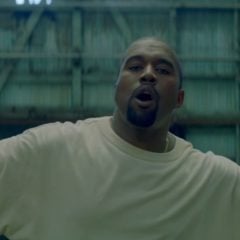