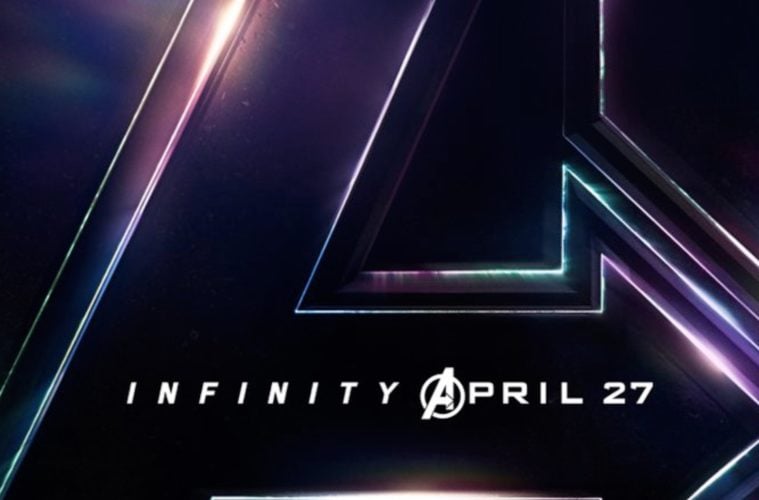 Marvel Studios knows it has a global phenomenon with Black Panther and isn’t trying to waste much time before its next major release. The company has surprised fans Thursday (March 1) by announcing an early release for its highly-anticipated Avengers: Infinity War movie.

Marvel Studios went to its Twitter page today and bumped the must-see flick from a May 4 to April 27 release.

The wait for Avengers: Infinity War just got shorter by one week, at least in North America. The movie was set to open May 4 here, while it was opening April 27 in most international markets (with a few earlier April 25 debuts in a handful of countries). Sources at Marvel Studios and Disney tell EW they decided to change course and open the movie worldwide on the same date. (Entertainment Weekly)

Hollywood actor Robert Downey Jr. – who plays The Avengers’ Iron Man – is largely responsible for flexing his Twitter presence to get Marvel Studios to up the drop date.

Any chance I could see it earlier?

You guys wanted it. You got it. See you there April 27th. pic.twitter.com/DsllNH2ko6

The new premiere date should get things rolling for a jam-packed summer slate of blockbuster-bound movies.

Infinity War will kick off an extremely crowded early summer schedule, and Disney no doubt moved the release date to give the film a little more buffer, so it can rack up as many box-office dollars as possible. Fox’s Deadpool 2 is scheduled to arrive soon after Avengers on May 18th, and Disney’s own Solo: A Star Wars Story is landing just a week after that. That’s a lot of competition at the movie theater in a compressed timeframe, and while there will be plenty of interest in all three films, Marvel does arguably have a secret weapon: Infinity War will be the first Marvel film released after the stratospheric success of Ryan Coogler’s Black Panther. (The Verge)

With nearly $422 million from North America sales, Marvel Studios’ Black Panther is en route to become one of the biggest movies of all time.

Now that it has sprinted past Wonder Woman, it is the fifth-biggest comic book superhero movie ever in North America in under two weeks. With $421 million, the Ryan Coogler-directed MCU pic now sits behind only The Dark Knight Rises ($448m in 2012), Avengers: Age of Ultron ($458m in 2015), The Dark Knight ($534m in 2008) and The Avengers ($623m in 2013). So, sans inflation, it is the biggest solo and non-sequel superhero flick ever in terms of domestic grosses. (Forbes)