Hollywood actor Mark Wahlberg is down with OVO Sound leader Drake and proved it on social media this week.

Wahlberg went to Instagram last night (June 22) and shouted out the chart-topping hitmaker. 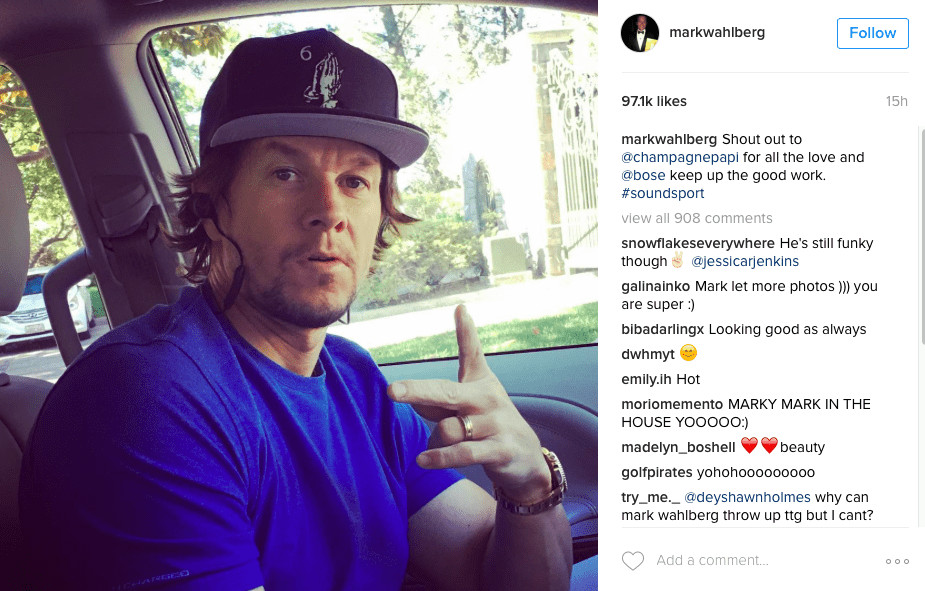 Shortly after the post went up, Drake made sure to acknowledge Wahlberg’s social media nod. 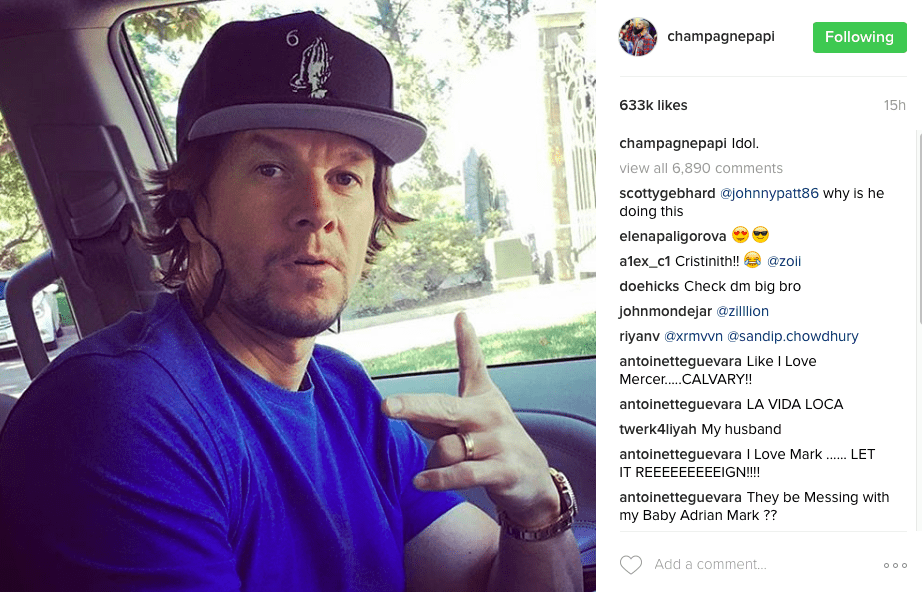 As Drake’s Views stays put at No. 1 on the Billboard 200 — for a seventh week — Nick Jonas’ Last Year Was Complicated arrives at No. 2 and the Hamilton cast album hits the top 10 for the first time, rising 13-3. Views earned 121,000 equivalent album units in the week ending June 16, according to Nielsen Music (down 10 percent for the week). (Billboard) 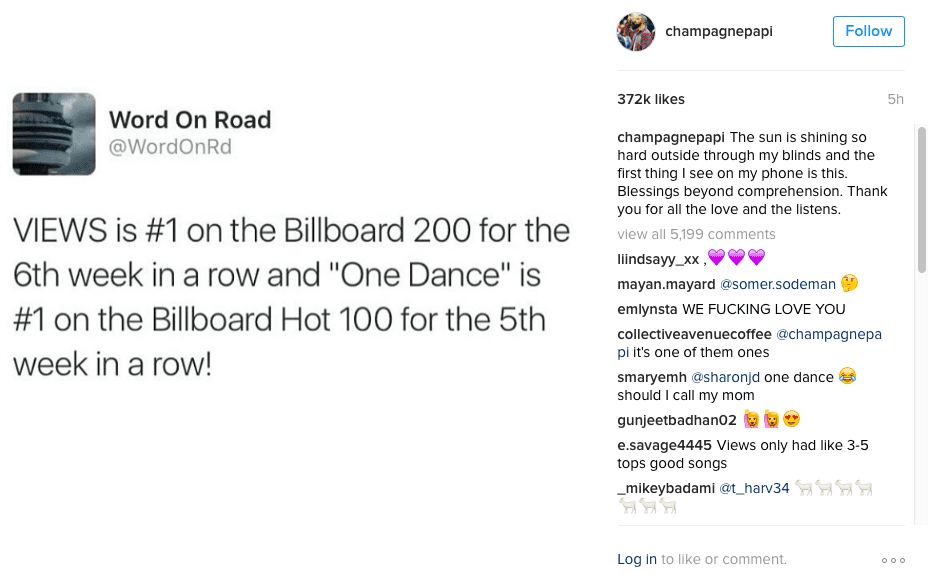