New York rapper Maino can finally exhale this week as reports claim he has been cleared in a publicized Irving Plaza shooting investigation.

Thursday (June 2) reports claim New York cops are no longer linking him to the fatal shooting.

The rapper Maino has been cleared of responsibility in the shooting at a Gramercy nightclub during a rap concert that left one man dead, cops said.”We do not believe that he (Maino) was involved in the dispute,” NYPD Chief of Detectives Robert Boyce said Thursday. (NY Daily News)

Now let's get back to the music… HeardU

First and foremost my deepest condolences to the family & friends of Ronald Mcphatter who was tragically killed last night. Despite having to cope with more senseless violence. I woke up to the usual FALSE and ridiculous lies being circulated by irresponsible members of the media. What transpired was absolutely NOT the result of MYSELF or ANYBODY IN MY CAMP , ENTOURAGE, TRAVELING PARTY or ORGANIZATION IN ANY WAY SHAPE OR FORM. We entered the venue respectfully as always and exited in shocked like all other concertgoers. For the last 5 years Troy Ave, his team and I have had a great working relationship. Not only have we performed and done several songs together but we've had many personal conversations about life our goals and efforts as musicians. Despite media reports to the contrary, there are No "ongoing beefs" or "entourage issues." It always has been and always will be good relations between myself AND MY TEAM and @TroyAve @Hovain @YoungLitoBsB and the BSB crew. Our deepest sympathies again to family of Ronald McPhatter and a speedy recovery to Troy Ave. The movement will not be stopped. #BROOKLYNUNITED #HEARDYOU 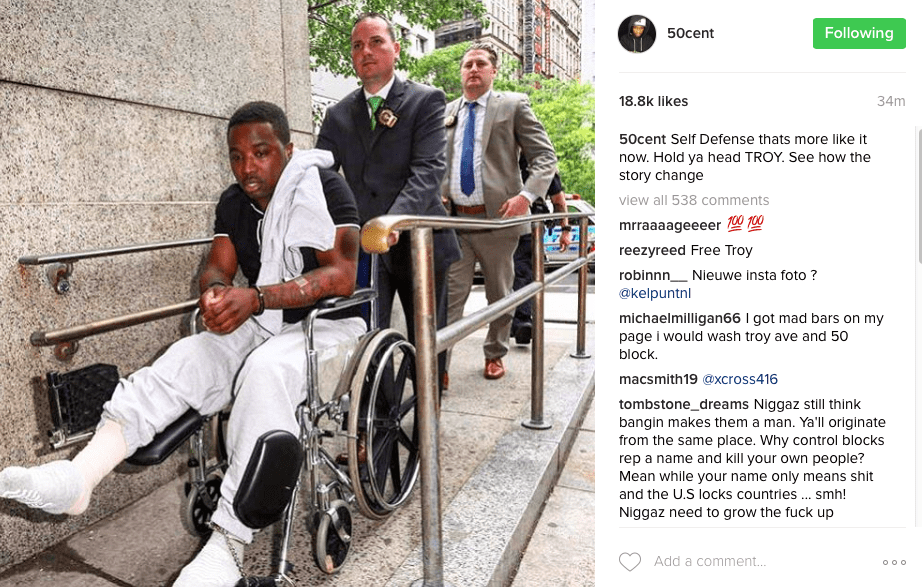 A couple nights ago, fellow rapper Meek Mill posted up a pic of the New York rapper in a wheelchair and started up a “Free Troy Ave” hashtag. 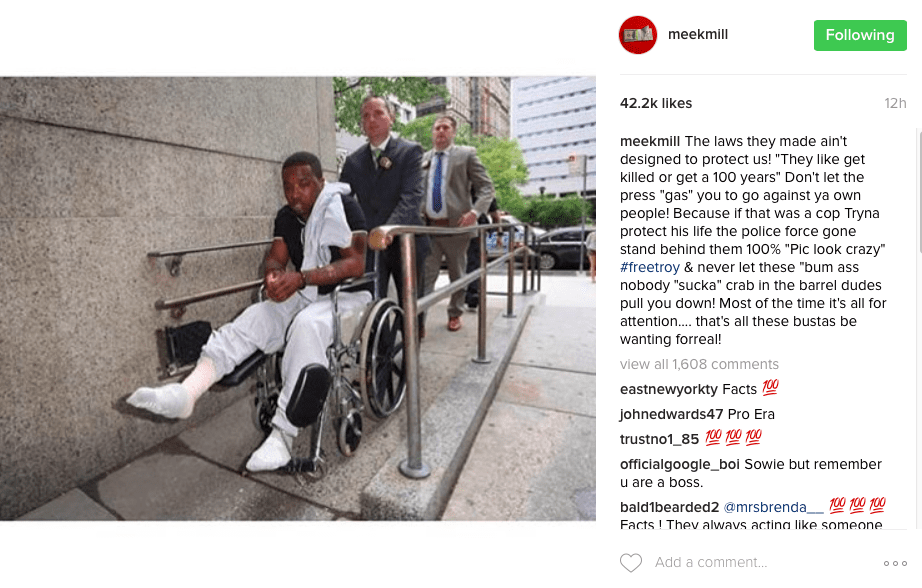 Earlier this week, Troy Ave’s attorney spoke out on Banga losing his life from the fatal gunfire.

“In the hip hop world, he’s not known as one of these troublemakers. He doesn’t live a gangster rap lifestyle,” said attorney John Stella. “What really happened here is Mr. Collins here is the real victim,” said another Collins attorney, Scott Leemon. “The person who was killed at this event, he died a hero. He was his bodyguard. He wasn’t shot by Mr. Collins. He was a lifelong friend.” (NY Daily News)