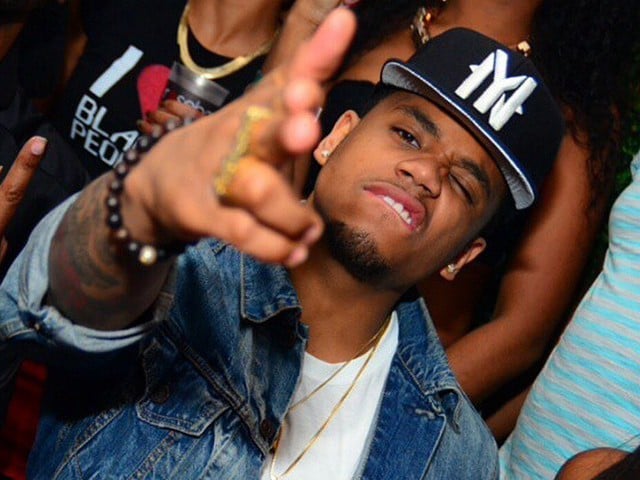 [Actor, singer, and rapper Mack Wilds, best known for his work on shows like The Wire, 90210, and the upcoming VH1 movie The Breaks, recently sat down with hip-hop personality and SOHH Correspondent Shawn Setaro on his popular“The Cipher”podcast . Listen to the full interview and check out five gems Mack dropped during the Q&A.]

On the fact that the beats his character makes in The Breaks were actually produced by DJ Premier:

“I still don’t have the words to describe it. It was a mix of too excited, and feeling like the man. Somewhere dead smack in the middle of that.”

On being asked to appear on Method Man’s album:

“It was great. It feels full-circle. I would do anything for them guys. I was a kid who was raised off of Wu-Tang, so it’s an honor just to even be thought about.”

On the differences between his debut EP Remember, Remember and his album New York: A Love Story:

On his penchant for using random song titles in lyrics:

“I feel like I’m one of those encyclopedias of useless knowledge. I have so many songs from different places in my head. It works for my music. Whenever I have to write a dope metaphor or something along those lines, it just comes out at the perfect time. It’s like, ‘Thank you for reading all those Snapple Facts.'”


“He was one of the guys that everybody knew in the neighborhood. Big E was a dope, dope man. He was always full of life, so it’s crazy that anything would happen to him like that. He was a big guy, but he was a big teddy bear. Everybody loved him – everybody. It was crazy.”