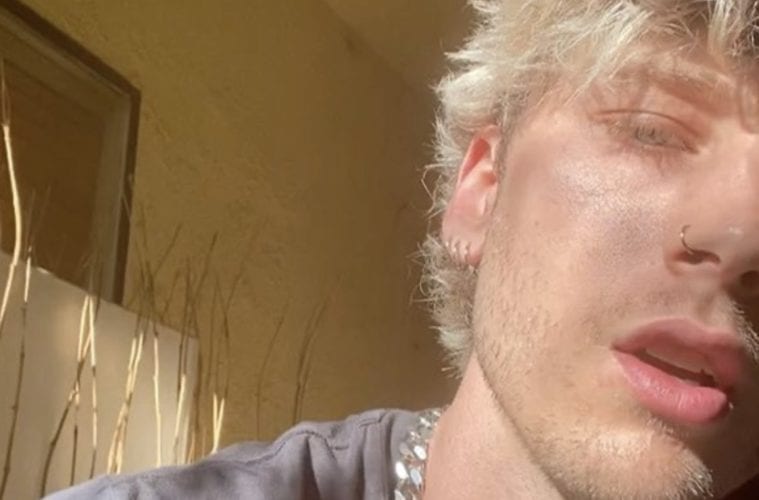 Machine Gun Kelly Unloads Against Racists: “If You Enjoy My Music Or Like My Movies, I Don’t Want Your Business, F**k You”

Rap star Machine Gun Kelly refuses to hold his tongue. Following the murder of innocent black man George Floyd in Minnesota, MGK is taking to social media to speak up.

MGK went to Instagram to voice his frustrations and unload on racists. He called on white fans and friends to step up against racism and asked any followers of his who support it to leave.

“I could’ve type this out, but I want y’all to see me when I say this. If you look like me, and you have racism in your heart, in your mind and coming out your mouth, f**k you. I’m ashamed of you. If you enjoy my music or you like my movies, I don’t want your business. F**k you. I don’t want nothing that’s a part of an evil agenda and that’s not what our generation’s legacy is going to be. So I’m asking the people, step up and speak out for our fellow people going through hell right now, and encourage good. Let our kids grow up in a world where they’re not scared to leave their f**king house or their car.” -Machine Gun Kelly’s Instagram

New York rapper 50 Cent is speaking up as well. The hip-hop heavyweight has come forward to go off-off on everything from ex-cop Derek Chauvin‘s arrest in connection to the death of black man George Floyd to more police brutality happening.

“this is good news for all of us people are fed up. 🤷🏽‍♂️ #bransoncognac#lecheminduroi” -50 Cent’s Twitter

Minnesota Governor Tim Walz shared thoughts on Floyd’s publicized murder and the protests which followed. He specifically took aim at how peaceful demonstrations have turned violent.