Ohio rapper Machine Gun Kelly still wants to talk it out with Slim Shady. The hip-hop artist has trolled Eminem following the release of his hard-hitting “Killshot” diss record.

Despite getting singled out by one of the rap game’s goats, MGK has since downplayed Em’s diss song.

lol hmmm…. #Killshot was hard but Em did take a minute tho… this is going to be the @PUSHA_T @Drake battle we never got this summer! lol 📸 @machinegunkelly @Eminem pic.twitter.com/o7xrsPMvIU

Uh oh…. and new music too? Who is really taking an L in this battle? Looks like both 📸 @machinegunkelly @Eminem are getting mad clout for their dope battle raps. pic.twitter.com/PWHHjiG9U1

Rap veteran Ja Rule – who has also feuded with 50 Cent – let loose on Em for getting name-checked on “Killshot.”

If you don't feel like you're king, then what are you doing in this rap thing? Respect Ja! 📸 @Ruleyork @Eminem @machinegunkelly pic.twitter.com/V284RZirQo 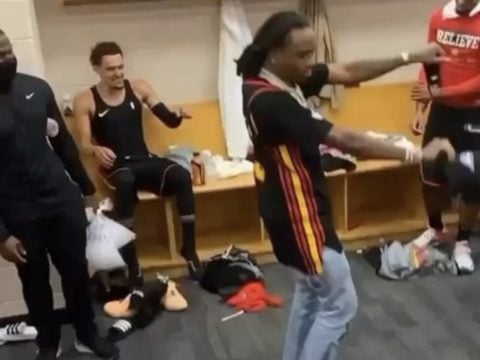