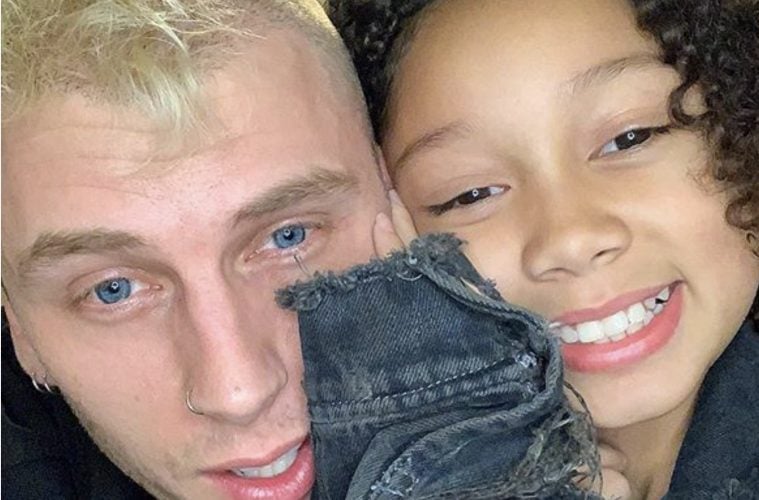 Ohio rapper Machine Gun Kelly is showing no hair don’t care. The hip-hop artist has said bye-bye to his signature look for his role in an upcoming movie.

Kells went to Instagram this week to share before and after footage of him losing his blonde look.

According to reports and MGK’s clues, his revamped image is for an upcoming film with Academy Award winner Jamie Foxx.

This was kept well under wraps, but apparently Machine Gun Kelly scored a role in the new Jamie Foxx and Joseph Gordon-Levitt production for Netflix. The movie, which has previously been called “Power,” has been filming in New Orleans, but the “Bad Things” rapper just posted a video of his head being shaved and said, “chopped it all off for this one,” adding, “where tfu at @iamjamiefoxx.” (The Blast)

A few days ago, Kells hinted at plans to lose his hair for a new flick.

i start filming tomorrow. say goodbye to my hair. i don’t have any in this role. lol. fuck. ✂️😪🤧🎬