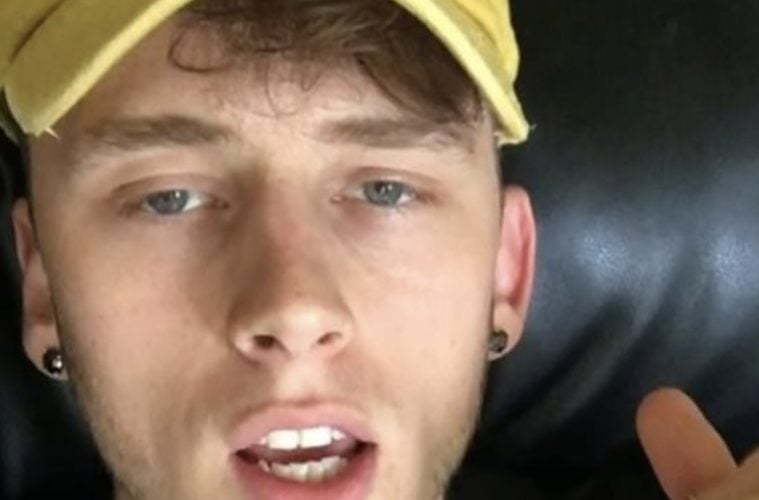 Ohio rapper Machine Gun Kelly has a ton of support on his side. The hip-hop artist has come through to show just how hard his fans are riding behind him.

MGK went to Instagram Friday (September 21) with a screenshot showing his new Binge EP is sort of a big deal.

A few hours ago, Kells released his new “Lately” video.

“The narrative is becoming a little unfair right now. I’m in a boxing ring with one person. I came as one person. I never asked Puff to retweet a thing. I never asked any of my celebrity friends to get on my side. I never asked them to comment under my pictures – I never asked for none of that. I stepped in a boxing ring by myself in which I was evoked to do and I just stepped up. And here is this audience throwing banana peels while I’m fighting – you fake edited boos into a performance of me performing ‘Rap Devil.’ Not only did I not get booed but every time for the last two weeks, Michigan included, I step out in the crowd after that song plays and walk through the entire arena. There is a video of this every single day and I have one person with me walking through. I give 10,000 people a chance everyday to do what they want to do, say what they wanna say, it’s me and one dude. I’ve done this for two weeks. You can’t edit the narrative to be what it’s not. I’ve seen fake edited ghostwriting credits. What are we doing? Your boy got – his knees are weak. You gotta stop it. I even see today, [‘Killshot’] is the most popular video on YouTube. Everyone wants to tune in. The legend just got punched in the mouth.” (“The Breakfast Club”)