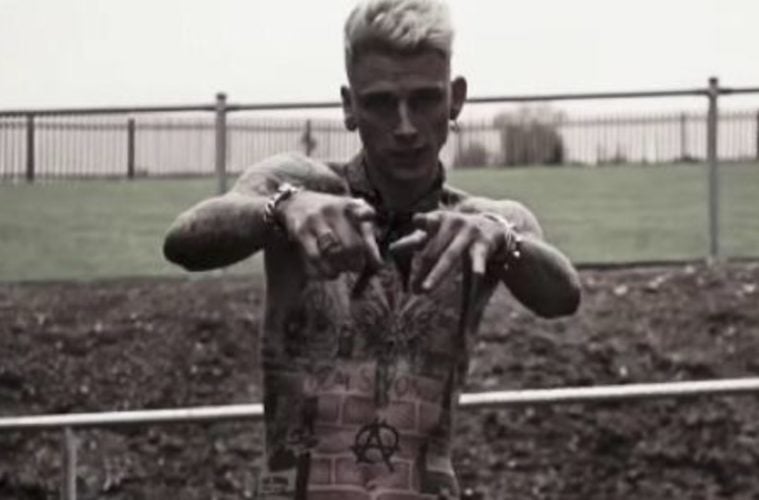 Machine Gun Kelly Disses Eminem To Close Out 2018: “Just To Piss Y’All Off One More Time”

Ohio rapper Machine Gun Kelly is getting under the skin of Slim Shady fans one last time. The hip-hop artist has fired off one final blast at Eminem before 2019.

Last night, MGK hopped on Instagram to troll Em with a snippet from his now-infamous “Rap Devil” battle video.

Eminem has proven as much with “Killshot,” his scorching new Machine Gun Kelly diss track that debuts at No. 3 on the Billboard Hot 100 this week. The diss track also launches atop the Digital Song Sales chart, Eminem’s first song to do so since his Rihanna collaboration “The Monster” in 2013. “Killshot” marks Eminem’s 10th Digital Song Sales chart-topper, tying him with Drake for the most among male artists. (Forbes)

According to reports, Em’s “Killshot” YouTube video had the largest debut of any hip-hop song in YouTube history.

The official audio of “Killshot” earned a record 38.1 million views on YouTube in the first 24 hours of its release on Friday. It now has over 72 million views on the site. YouTube said “Killshot” also had the third-highest debut of any song in the site’s history, and the track is on top of the site’s US trending chart. (Business Insider)