who’s coming to the Concert for Aliens?? 🌏👽🙋‍♂️

As seen on SOHH.com - follow @sohh @sohhdotcom
3.2k Views Comments Off on Machine Gun Kelly and Megan Fox Are Still Going Strong W/ Their Relationship Goals: “My Heart Is Yours”
Share

Ohio rapper Machine Gun Kelly and Megan Fox are looking more and more like they’re really ride or die for one another. The hip-hop star and Hollywood entertainer have continued to serve up glimpses into their personal lives since going public with their relationship.

Heading into Friday, both Machine Gun Kelly and Megan Fox relied on their Instagram pages to get gushy over one another. While Kells used a party clip featuring himself and Fox turning up, Meg took things a bit further hours prior by publicly giving her heart to MGK.

Meg went to her IG page with a steamy mirror selfie alongside Kells.

Last week, Kelly went to his Instagram page to completely geek out over his new girlfriend Megan Fox. MGK shared a selfie of them standing together and looking 100 percent inseparable.

Recently, Kelly explained just how he fell for Megan. According to MGK, the romance all stems from them being on-set for their upcoming movie Midnight in the Switchgrass.

“Our trailers were next to each other so I just waited outside on my trailer steps every day. I worked just to catch one glimpse of eye contact. She has the most gorgeous eyes I’ve ever seen.” (“Give Them Lala…With Randall”)

Meg also recently talked about her close-knit bond to Kelly and immediate connection once they met on-set. Fox said they locked eyes and knew romance was in the air.

“The second that I was in a room with him and said hello to him and looked into his eyes, I knew right away that he was what I call a twin flame. We’re actually two halves of the same soul, I think. I said that to him almost immediately. I felt it right away.” (“Give Them Lala…With Randall”)

The video opens up with a sultry Fox laying in bed next to the rapper, whose real name Colson Baker, and mouthing the words to the song while he is tied up with pink duct tape over his mouth. Fox’s appearance in Machine Gun Kelly’s video comes amid rumors of the two dating, which were sparked after the actress was photographed in a car with the rapper. He also happens to be her co-star in the upcoming film “Midnight In the Switchgrass.” (USA Today)

Comments Off on Machine Gun Kelly and Megan Fox Are Still Going Strong W/ Their Relationship Goals: “My Heart Is Yours” 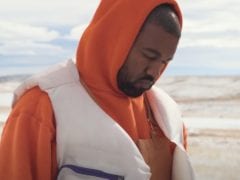 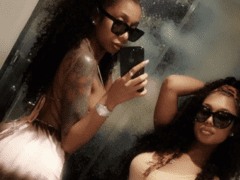