Pittsburgh rapper Mac Miller has a new love in his life and her name’s not Ariana Grande. The hip-hop star is making gossip headlines this week for adopting an undeniably awesome new puppy.

According to reports, Miller has rebounded from having his last dog stolen two years ago and is building a new bond with his adopted pup Myron.

Mac Miller’s gf, Ariana Grande, better hide her Louboutins … the rapper has a new addition with sharp, destructive little teeth. Sources close to Mac tell us he picked up a new pooch — a 3-month-old pit mix he’s named Myron. We’re told Mac got him Sunday after seeing the pup in the window of Wylder’s Holistic Pet Center & Rescue in Studio City. Easy to see why Mac scooped him up — the dog’s really flippin’ cute, and he’ll be living it up. We’re told Mac threw down about $1,200 for toys, food and treats. (TMZ)

Mac also went to Instagram this week to show Myron off to the world. 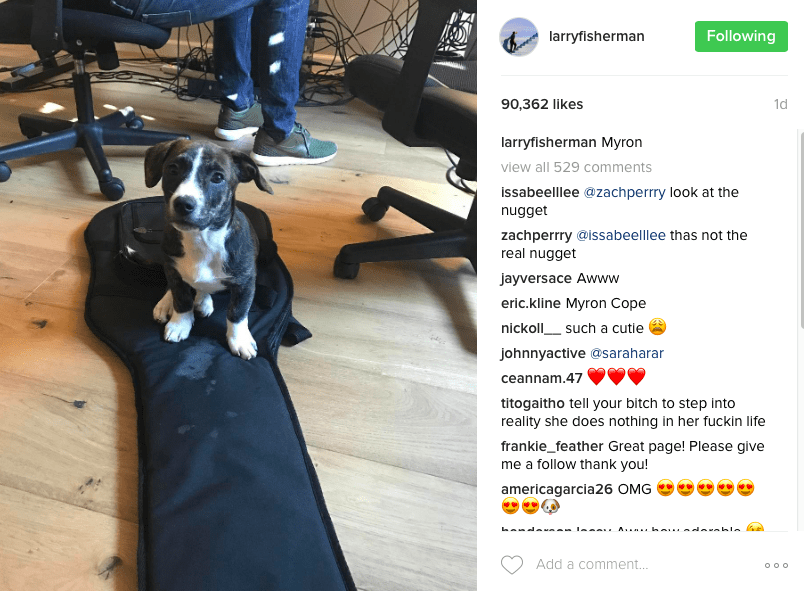 In late December, Miller’s girlfriend Ariana Grande penned an emotional open message after being objectified on one of their dates.

A few months ago, Miller talked about having love in his life with Grande.

A week prior, Grande refused to crack when asked about allegedly dating Miller.