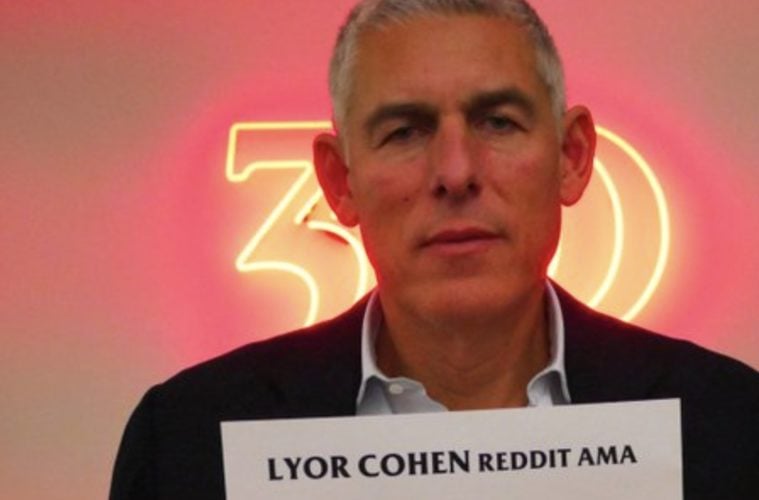 Lyor Cohen Addresses Russell Simmons Sexual Assault Accusations: “I Want To Acknowledge The Awful Allegations That Have Been Made”

During a South By Southwest event this week, Cohen stood up for Simmons based on their past relationship but admitted he could not condone sexual assault done by anyone.

“I want to acknowledge the awful allegations that have been made about Russell,” he said, at the first mention of Simmons’ name. “We were roommates and we’ve stayed friends and partners ever since. I never saw him aggressive or violent with any women. It’s not the RusselI I know. I’m deeply troubled with all the allegations, and there’s absolutely no room for this type of behavior.” (Variety)

An open letter……….💋 Attesting to the character of the man who, as a teenager saved my life. Salaciousness and scandal garners headlines. Cowards cower, during times of tumult. But as inarguably, Russell’s biggest Def Jam female protege, (who birthed an era of overtly evocative stars), the man I’ve known and loved, was nothing more than the respectful, respected, gentleman and GODFATHER OF HIP-HOP we’ve all adored. In staunch support, Praying for you Russ!💋 Let’s send our LOVE. ❤️Fox @unclerush

A few days prior, Russell announced his current state of mind amid multiple sexual assault accusations.

I’m in Bali writing, meditating at holy sites and practicing asanas. Letting everyone speak, while I listen. Focusing and praying to realize one goal, BEING A MORE USEFUL SERVANT OF GOD. I want to fully devote myself to my daughters, the underserved communities I've always worked with and the growth of a new conscious community. We need a revolution of consciousness. Now is the time for new beginnings. One awakened being at​ time.