Lupe Fiasco Responds To Game’s “Weird” Jab: “I’ve Done More Being The Weirdo Than Being The Hood Stereotype”

Grammy-winning rapper Lupe Fiasco has responded to a recent jab fired at him from hip-hop artist Game over being considered weird.

Fiasco took to his Twitter page to defend not falling into stereotypes. 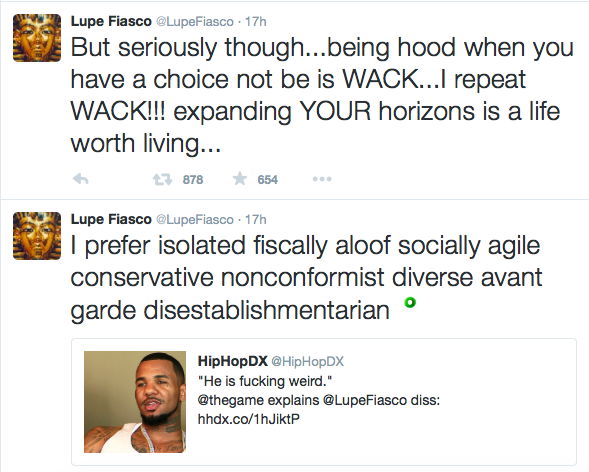 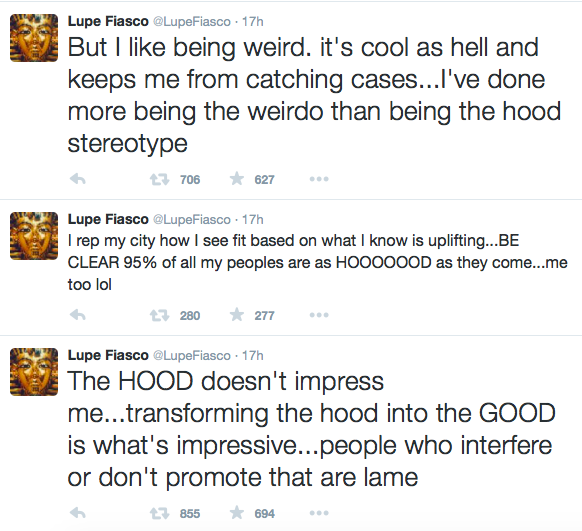 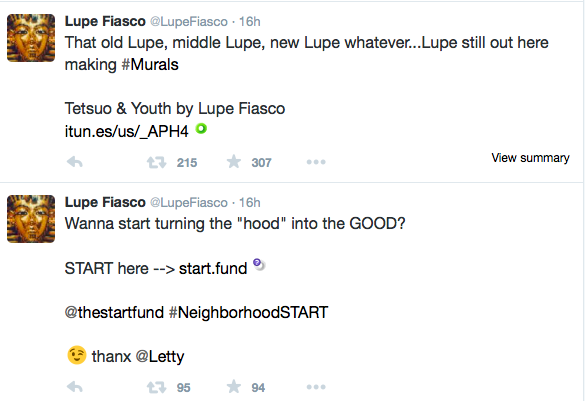 “He is f*cking weird. … Personally, on the Lupe front, maybe I might be lost now or maybe Lupe is just evolving and Game can’t see it. I miss the old Lupe records when it was about Chi-Town and it was hood and maybe I’m being what I’m telling other people not to be. But that’s just being a fan of music. Some people evolve and you are able to embrace it. Then other people evolve and you get mad. That’s why when some people might be like, ‘Game, you changed’ or ‘I like the Old Game,’ you might be what I’m being when I say I like the old Lupe.” (Letty Set Go)

Game fired off his “weird” diss at Lupe on his new “Dollar & A Dream” song.

Like all past albums from the rapper, this one has plenty of name drops as well. On the Ab-Soul featured ‘Dollar & A Dream’, Jayceon spits the following bar at the 1 minute mark: “I put it on a head I ain’t talkin no toupee. I stayed the same ain’t go weird like Lupe” (Hip Hop N More)

Instead of staying mum on the shot, Lupe responded via Twitter.