Grammy-winning rapper Lupe Fiasco has delivered quite possibly the most honest and rhyme-filled review of JAY-Z‘s new 4:44 album. The hip-hop veteran has treated fans to a personal reflection on Young Hov’s latest solo offering.

Lupe jumped on Instagram heading into the weekend to pen a two-part review of the must-hear album. 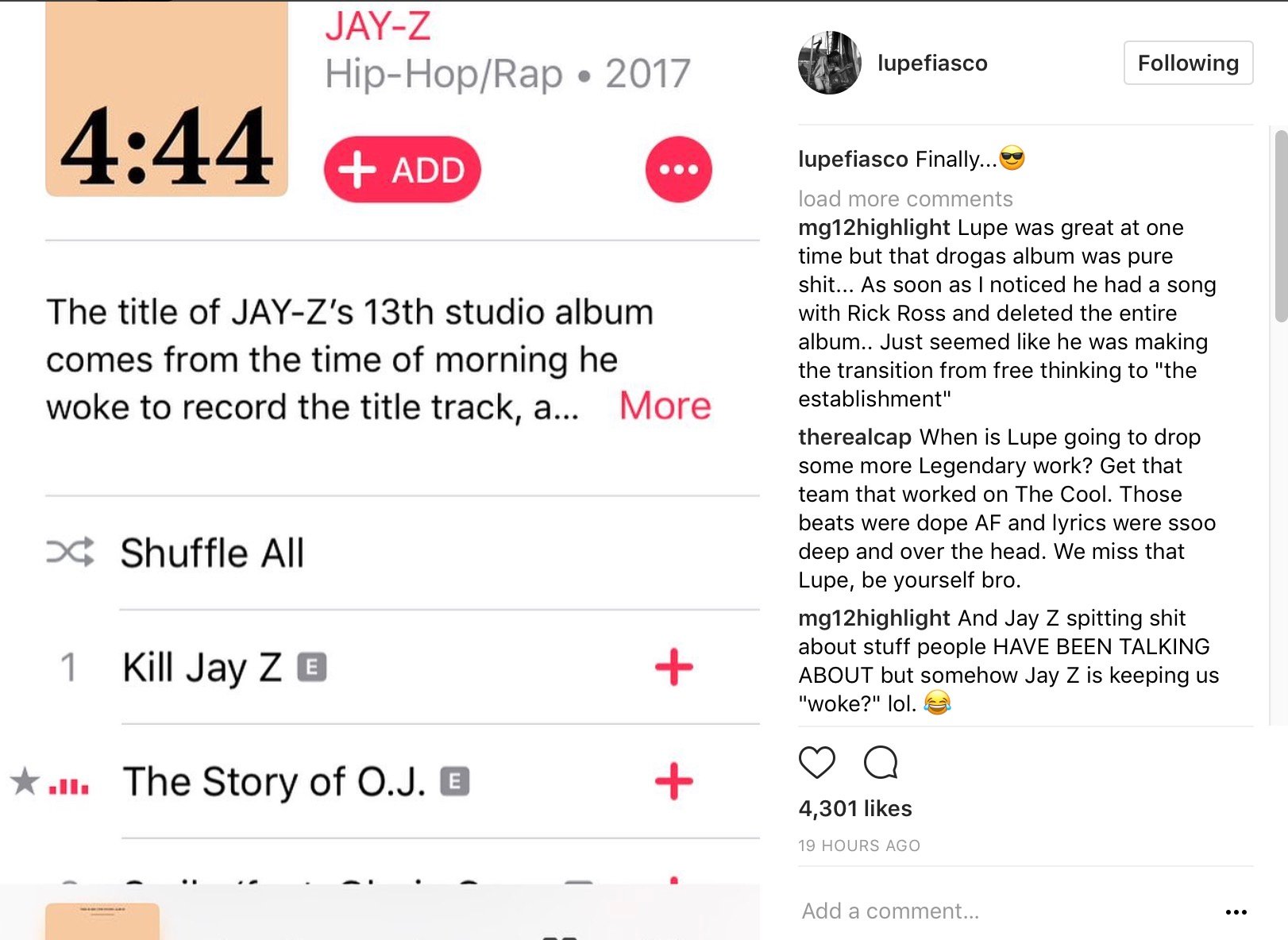 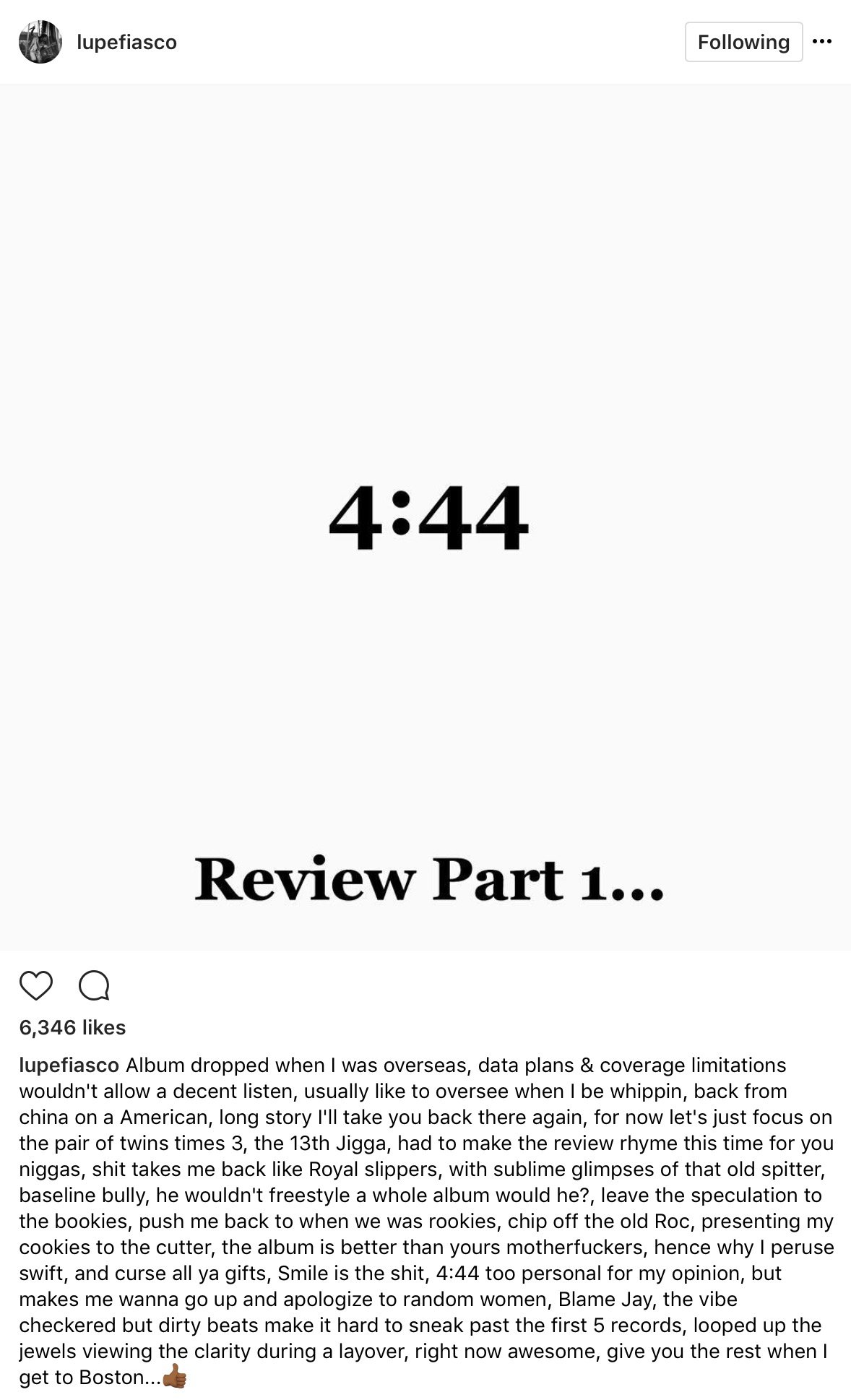 Despite some stiff competition this week, JAY’s 4:44 easily dominated the music sales chart.

Following a one-week Tidal exclusive, Jay-Z’s 4:44 became available to purchase, as well as stream at most major DSPs—with the exception of Spotify, whose free tier took them out of the game. That said, the Roc Nation set has gone #1 on HITS’ Sales Plus Streaming (SPS) Chart, moving 278k units this week. Slaughter Gang/Epic newcomer 21 Savage celebrates an impressive 74k bow for his debut studio album, Issa Album. (HITS Daily Double) 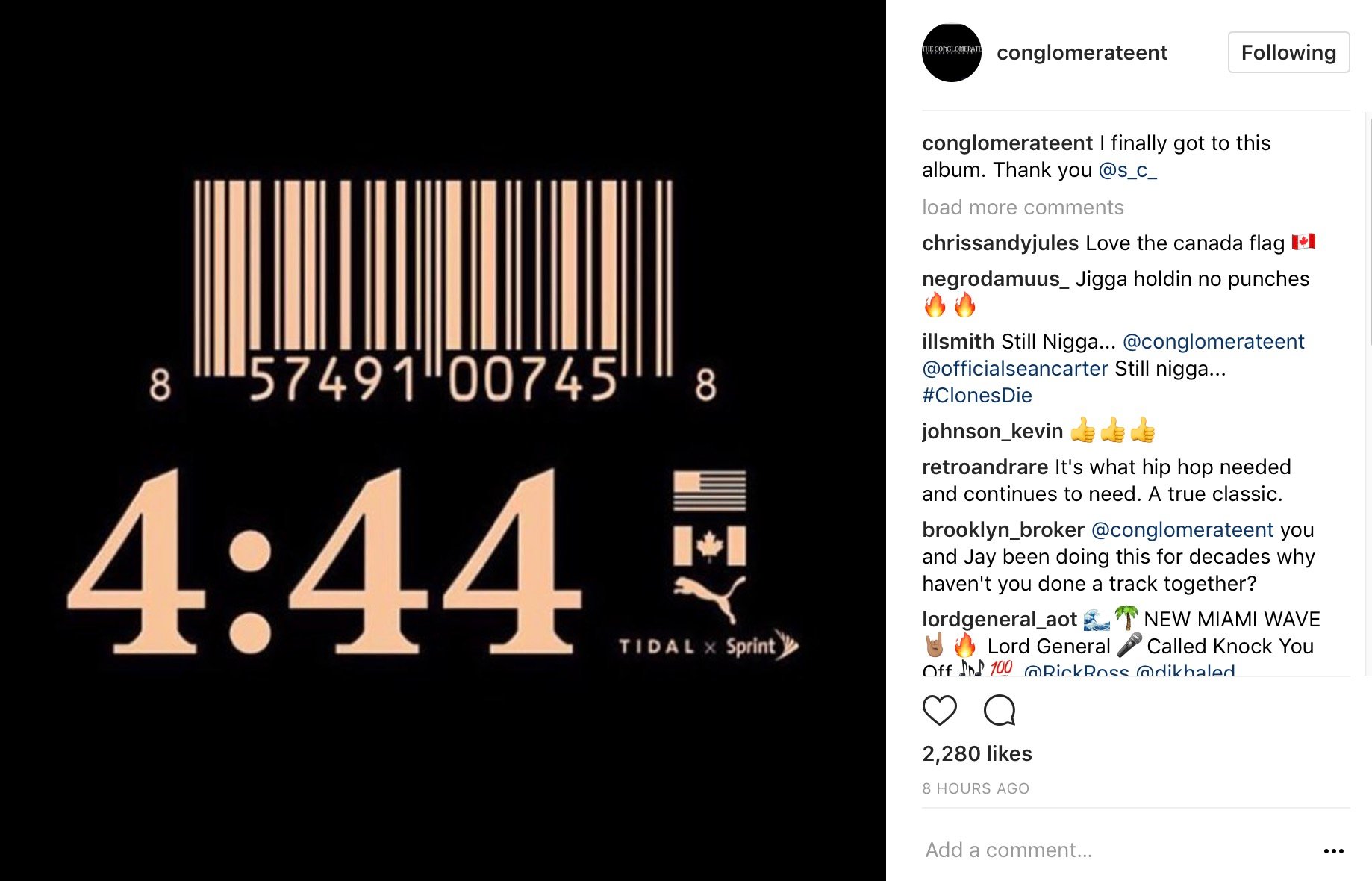 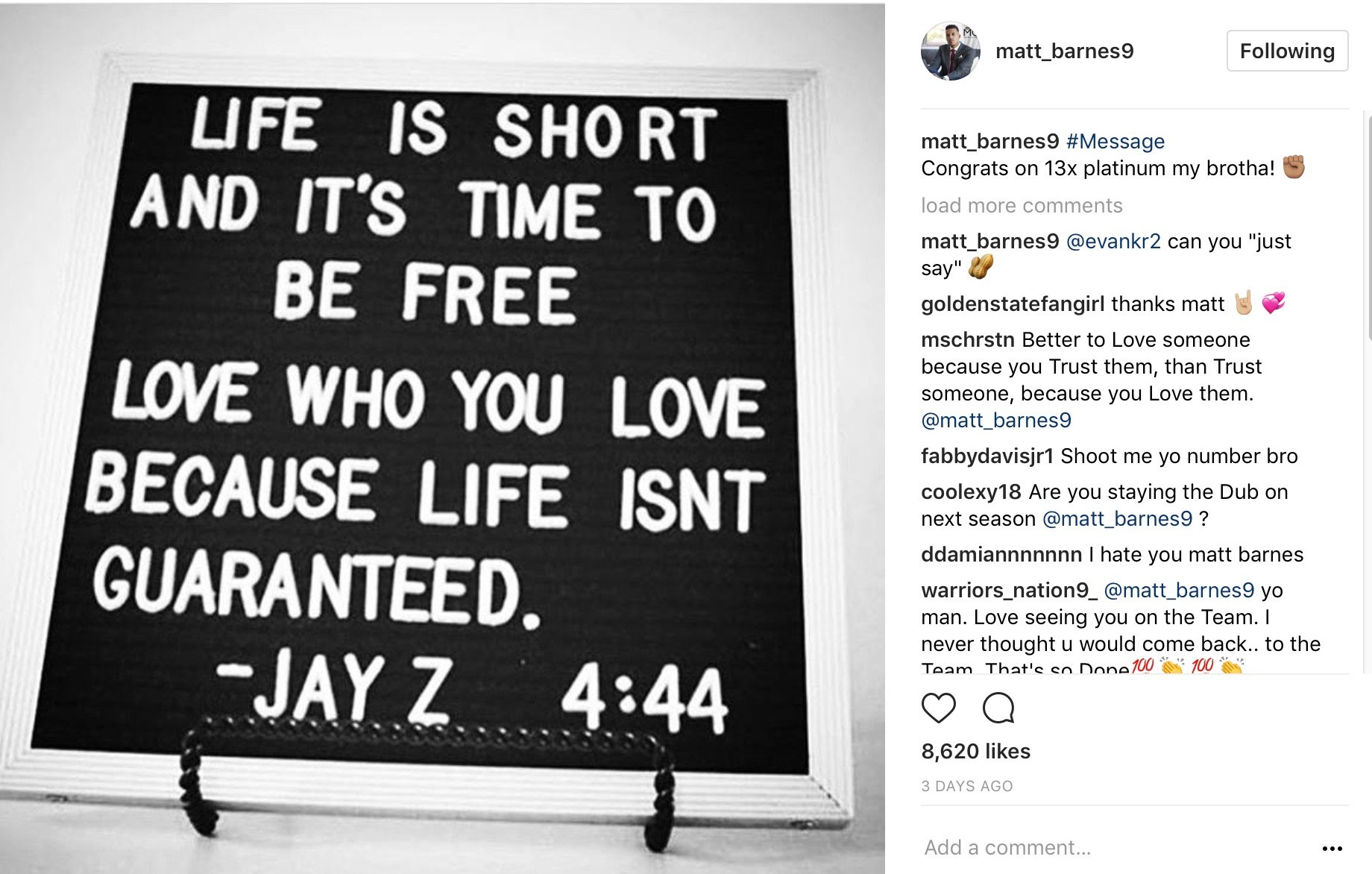 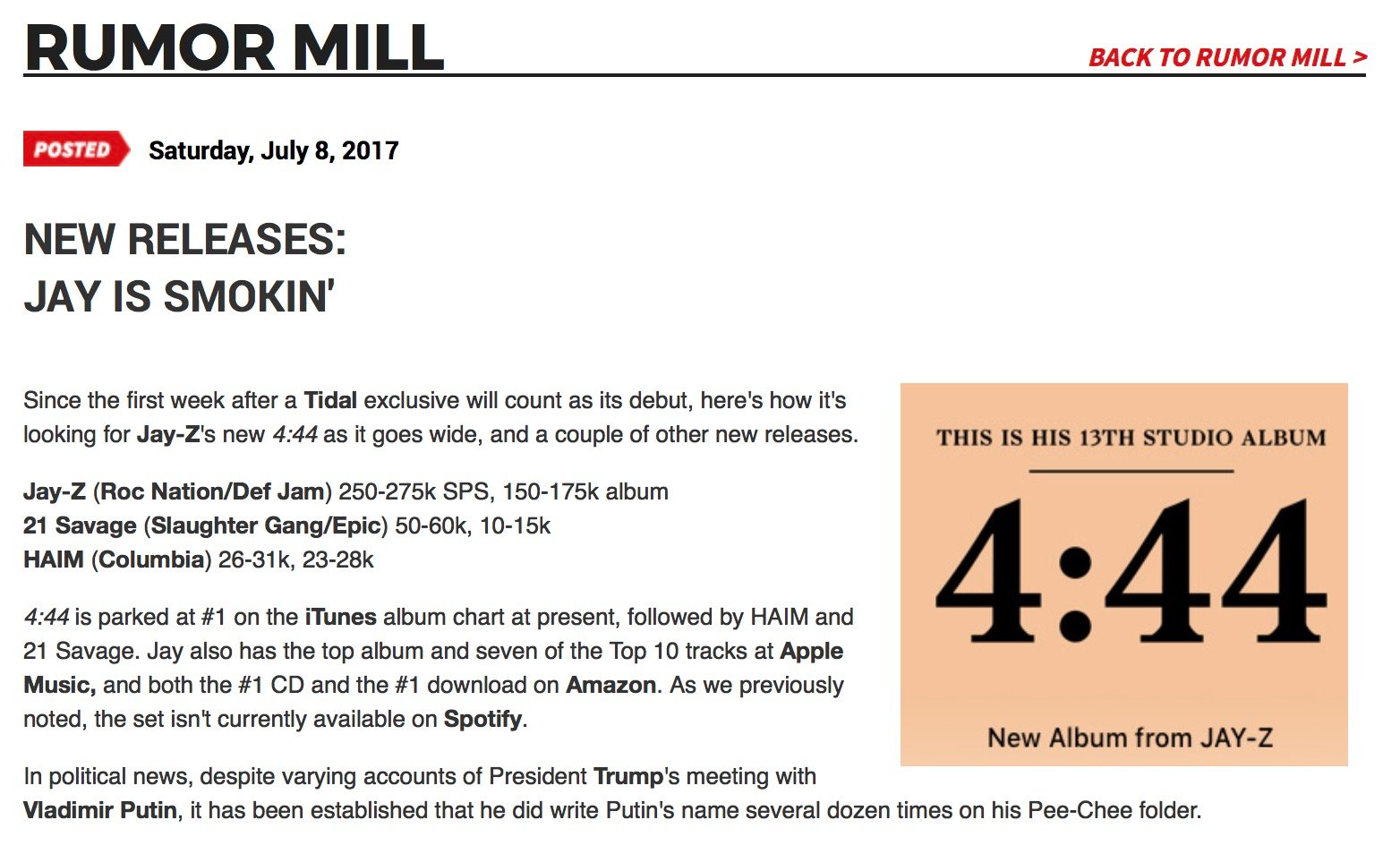