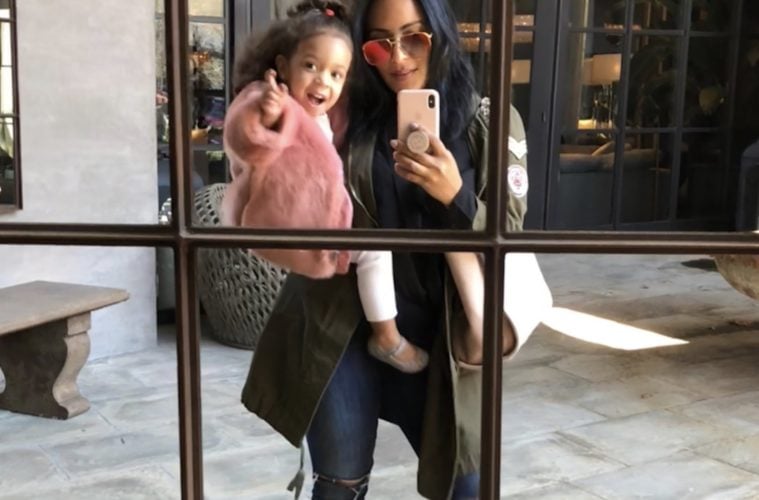 Ludacris’ Wife Eudoxie Reveals Secret Miscarriage: “When The Enemy Tries To Knock You Down Get Even Closer To Your Faith”

This week, Eudoxie went to Instagram and shared an emotional post about having surgery following the miscarriage.

Lord, I thank you for the gift of life. This year didn’t necessarily start off right for us. I had a miscarriage and needed to have surgery. It was very easy to complain and self pity but I refused to let the enemy win. I stayed faithful and prayed up. I spent hours focusing on the many ways the Lord has blessed me. How could I complain when God has blessed me with the opportunity to already experience motherhood? I’m sharing this with you all to remind you to live in gratitude. When the enemy tries to knock you down, get even closer to your faith. My faith has been tested many times throughout my life but I’m only getting stronger. Life will not always go as planned and keeping a positive and grateful attitude will only bring more and bigger blessings. Thank you God for your favor over my life. Thank you for my beautiful family and friends who have been so supportive. Thank you for another year!! 🙏🏽❤️

Back in January 2015, Luda shared a wedding pic alongside Eudoxie.

Why wait? Did the thing before 2015. #mrandmrsrbridges

According to reports, the couple officially tied the knot in late 2014.

According to our sources, Luda popped the question to long time GF Eudoxie during the day … then took her out to dinner at a Georgia restaurant. When they returned home, a wedding dress was draped over a piece of furniture. This was all a surprise to Eudoxie, but she was game so they got married on the spot. A few friends and family members were there to celebrate. (TMZ)