“Love & Hip Hop” star Erica Mena is not here for Nicki Minaj‘s new “No Frauds” diss record. The curvy vixen has publicly spoken out on Nicki going under the belt to blast rap rival Remy Ma. 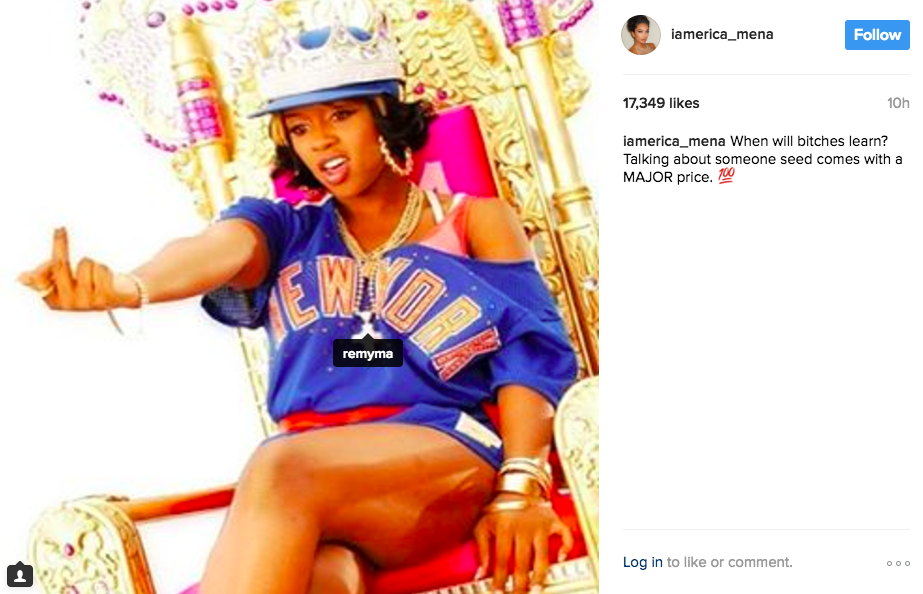 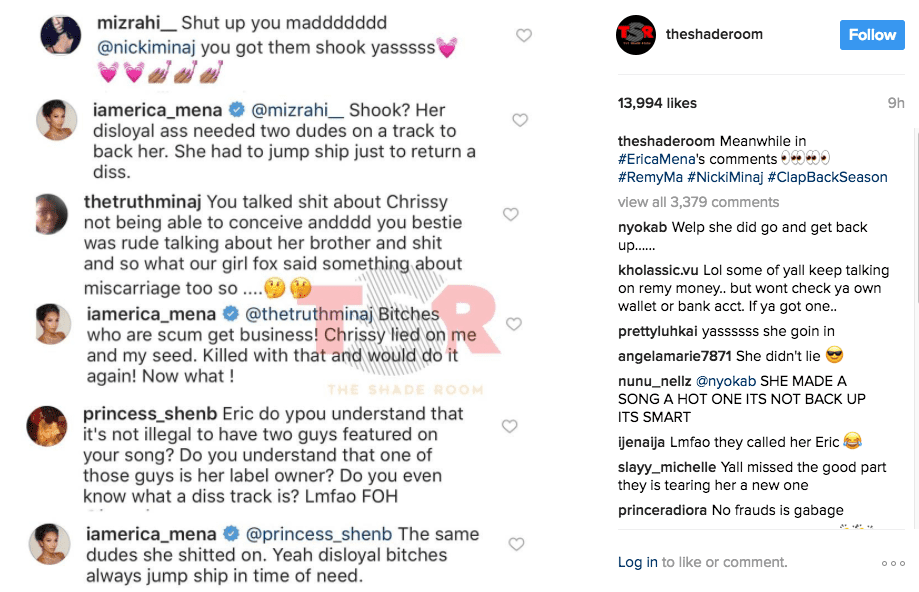 A few hours ago, Nicki defended her decision to not immediately respond to Remy’s disses. 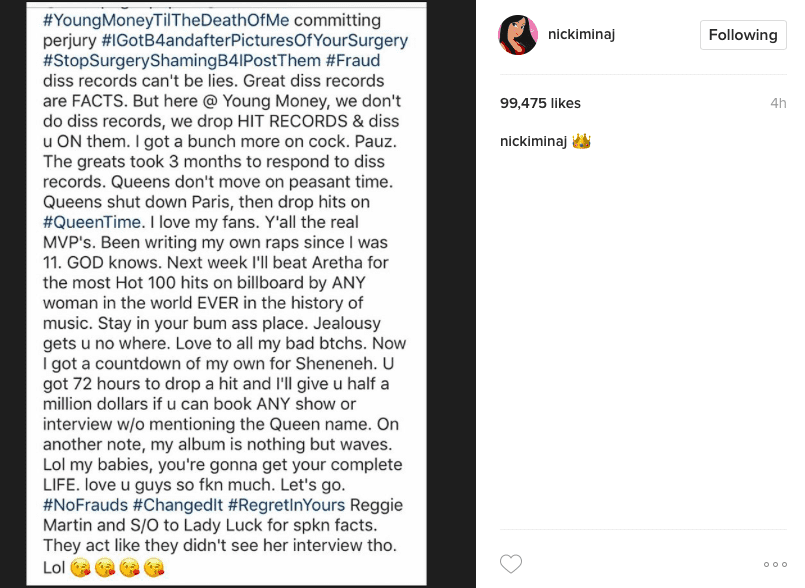 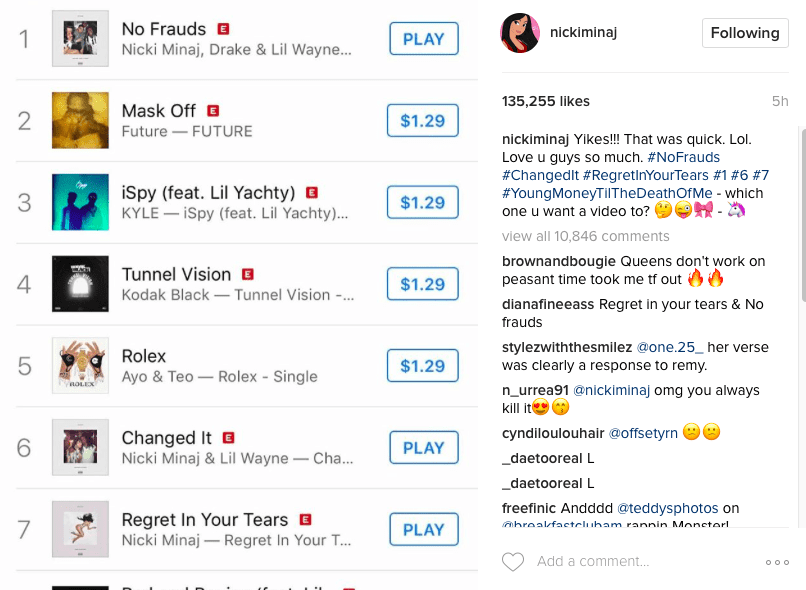 Nicki Minaj has responded to Remy Ma’s “Shether” and “Another One” taunts with some ruthless tracks of her own. Enlisting Lil Wayne and Drake, the Young Money members take on posers in “No Frauds.” “Tried to drop ‘Another One,’ you was itchin’ to scrap/ You exposed your ghostwriter, now you wish you were scrapped,” she raps. “Heard your pussy on yuck, I guess you needed a pap.” (Rolling Stone)