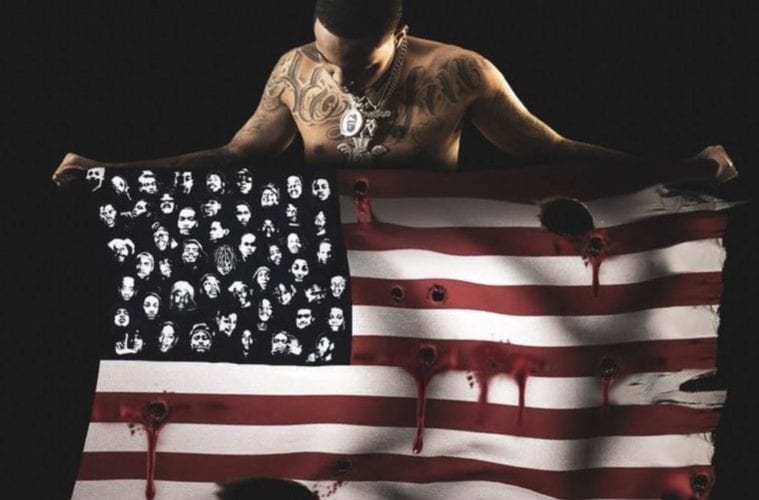 Chicago rapper G Herbo has 500,000 reasons to smile from ear to ear. The hip-hop star went online this week to celebrate his PTSD album going gold.

Already, the song has posted up over 44.7 million Spotify and counting, in addition to 12.6 million YouTube views and counting on the static audio. Additionally, The Fader proclaimed it one of the “The 10 Best New Rap Songs Right Now” upon arrival.

The album has also become one of the biggest critical successes of the year so far. Rolling Stone claimed, “‘PTSD’ is an evolution of the themes that have always defined his work.”NPR wrote, “G Herbo‘s new album PTSD contains more than one mask drop. Its animating emotion is empathy for theyoung men and women surviving terror and violence of those sections of Chicago with very few options.” HYPEBEAST detailed how, “G Herbo delivers intimate street allegories on his new album ‘PTSD‘,” and Pitchfork put it best, “‘PTSD’ stays true to Herb’s core: first-hand tales of living with trauma and paranoia.”

Further acclaim came from People, Billboard, XXL, Complex, and HipHopDX who dubbed it his “most cohesive project yet.”

With this accolade and more to come, G Herbo solidifies his place at the top of hip-hop in 2020.

PTSD makes a statement for Herbo as he encourages listeners everywhere to speak freely about their trials and tribulations with mental health and also urges them to get help when necessary. As a whole, PTSD tours the darkest corners of a psyche damaged by the everlasting cycle of inner city violence as witnessed firsthand by Herbo. On the gruff and gritty “Intro,” he spits with purpose, passion, and power. From the jump, he announces, “I do it for the haves and have-nots,” as nineties production glistens. The intensity only ramps up from there on “Glass In The Face” [feat. A Boogie Wit Da Hoodie]. A centerpiece of the record, “PTSD” [feat. Juice WRLD, Chance the Rapper and Lil Uzi Vert] unfolds as an emotionally charged confession, bringing together three of Chicago’s most influential voices—the late Juice Wrld, Chance, and Herbo—and elusive Philadelphia multiplatinum star Lil Uzi Vert. It paints a picture of urban decay and highlights a pervasive theme with the declaration, “Don’t stand too close to me, I got PTSD.” Meanwhile, soul samples bleed into a crossfire between Herbo and 21 Savage on “By Any Means.” Everything culminates on “Intuition” [feat. 2PRETTY & Sonta]. It offers a peek at the light at the end of the tunnel with heavenly vocals, a skittering beat, and one final lyrical catharsis.