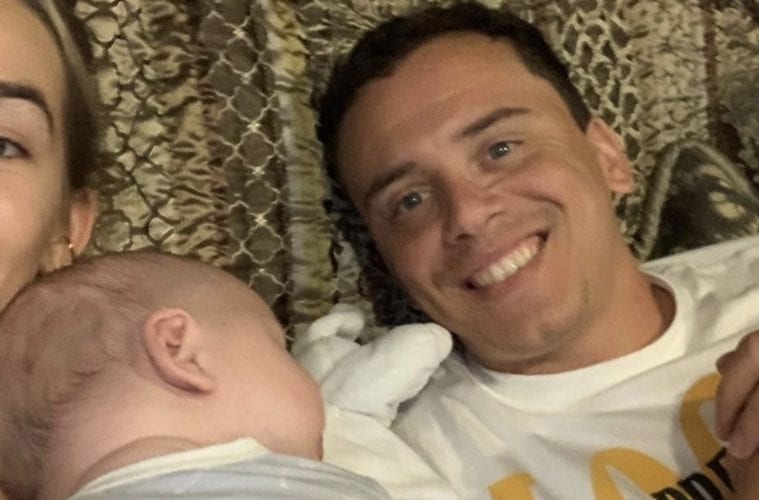 Logic Reveals First Pics Of His Son + Addresses Retirement Announcement: “I Will Still Be Here For you”

East Coast rapper Logic has come forward to provide some major clarity into his massive retirement announcement. The hip-hop heavyweight has shared a batch of new pics showing off his baby boy and explained what his departure from the rap game really means.

On Friday, Log went to his social media pages to calm concerned fans down. He shared a grip of shots showing his wife and recently born mini-me and also vowed to still maintain a connection with his supporters despite not music-making.

“Privacy with family is something that is very important to me me. However my fans have been my family since this all started so I wanted to share with you a glimpse into the life I am now diving into head first. I would like you to meet LB as we call him, Little Bobby. And my beautiful wife Brittney who is an incredible mother. These two make me the happiest man in the world and it’s a happiness nothing else has ever been able to fulfill. I know the news of retirement may be bittersweet when understanding the motives behind it. But worry not dear listener. I will still be here for you. This will now if anything only allow me to focus more on not only my family. But YOU! My family reading this. Without the stress of this industry we can communicate more. Interact more, and I’m so excited for that. I love you and thank you so so much for being here with me all these years. Now let’s all kick back, love life and enjoy each day having fun… No Pressure” -Logic’s Instagram

On Thursday, Log went to his social media pages to deliver the jaw-dropping retirement announcement. Barring any last-minute changes, the East Coast rap artist said he would leave the music biz grind to focus on being a dad once he dropped new music later this month.

“Officially announcing my retirement with the release of “No Pressure” executive produced by No I.D. July 24th… It’s been a great decade. Now it’s time to be a great father. Art by @SamSpratt” -Logic’s Twitter

In August 2019, Logic blew fans away with his “No Pressure” freestyle. In addition to snapping, Log also announced he has a new baby on the way.

“And I’m having a little baby. Surprise! It’s a little baby boy, f*ck TMZ they can’t get the scoop on that sh*t.”

In May 2019, Logic blessed fans with his Confessions of a Dangerous Mind album. Despite plenty of hype, the project received mixed reviews from music publications.

Logic is a technical typhoon of a rapper; his ability to slice up words and stick them together into rapidly spit collages is almost second to none. But his ability is often wasted on unimaginative songs that are well arranged yet often lack spirit. Logic plays the game and plays it good. And it was old, but now it’s getting exhausting. His new album, Confessions of a Dangerous Mind could have been memorable if it stuck to its darkly alluring title, but these “confessions” are almost non-existent, and what does exist are wagging lessons about your life, not his. It’s a tightly put together piece of work that is, ultimately, a head scratcher. (Highsnobiety)