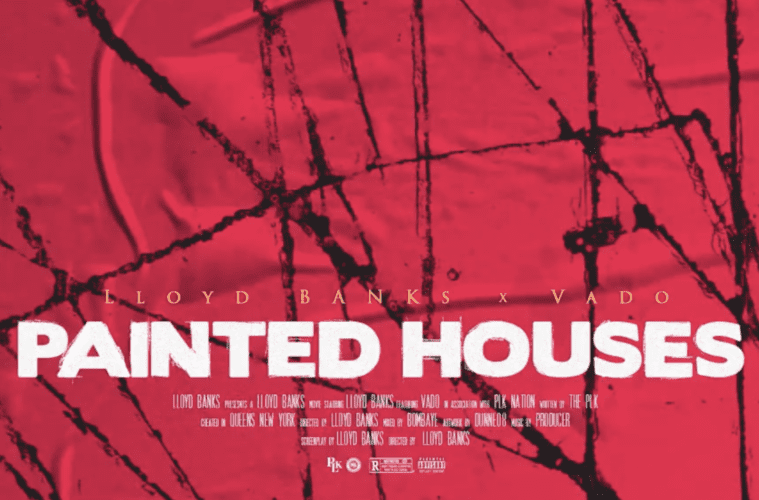 New York rapper Lloyd Banks isn’t slowing down for anyone. The hip-hop veteran has come forward to bless rap heads with his new “Painted Houses” freestyle.

Banks has been in the news after we covered a portion of 50 Cent’s new book Hustle Harder, Hustle Smarter where the G-Unit head spoke on his disappointment in Banks and Yayo’s unfulfilled potential. When it comes to bars, Banks hardly ever disappoints so this is another one which reminds you of his talent. In fact, there are some bars here which might sound like they are written for 50. (HHNM)

Throughout the song, Banks appears to take direct shots at his estranged G-Unit boss 50 Cent. Lloyd raps about his independence and what he brought his mentor from the start of his career.

“Why would you get the credit for something that I could do without you, shouldn’t have showed these bum n*ggas mercy, the doors are suicidal/I figured I’d take you along with, of course you’re too entitled, using quotes to validate the stupid sh*t, don’t confuse the Bible/Forget the fact I was dead nice, I was dedicated/Losing my mind through the madness, I had to be medicated/At least I could say I got through it, so many never made it/When this sh*t is over, will I be celebrated … happy to ride with a n*gga, as long as he stays in place/blaming somebody for something you done is saving face/When you try to cover my roses, the pavement breaks” (“Cold Summer” Freestyle)

A couple weeks ago, the elusive G-Unit member shocked fans with his new “Huntin Season” record. The anthem features Lloyd dropping hard-hitting bars and referencing a bunch of quarantine-related topics including staying put this summer.