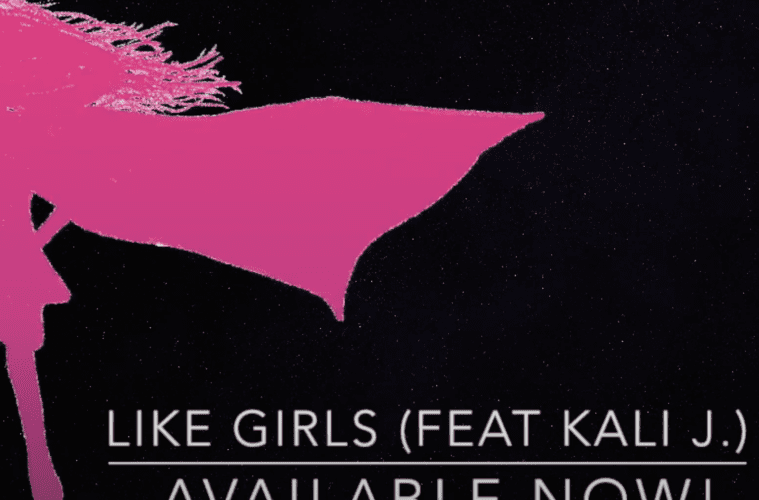 Machines A.T.O. is all about female empowerment in 2020. The group has teamed up with fellow musician Kali J for their new “Like Girls” single.

The song was recently licensed by Barbie for a Nickelodeon-produced campaign that was featured during the 2020 Kids’ Choice Awards on May 2nd.

Produced and released by full-service music company Groove Guild, the track is a collaboration between songwriter Kali J. and artist persona Machines A.T.O.. Featured in the Barbie commercial, as well as on the Kids’ Choice Awards broadcast, is 12 year-old DJ phenom, DJ Livia, who can be seen and heard scratching the inspirational message “You Can Be Anything” over top of the song. “Like Girls” is now available on all major streaming platforms and a full length music video is in production and slated for release later this month.

“Like Girls (feat. Kali J)” is a modern, hard-hitting production with genuine, empowering lyrics. Kali J’s lyrics take a stance that often gets lost in the pop culture version of empowerment: Girls put in the work and get extraordinary results.

“I wanted to write a song that was inspiring to girls and women that are trying to shake up their industries,” Kali J said, “and give them the confidence to be the bosses that they are.”

In the spot, that message is personified by a scratch performance from 12-year-old DJ Livia, a rising star who has already been featured on the Ellen Degeneres Show and has an impressive display of celebrity endorsements on her site including Dwayne Johnson, Kanye West, Jay Z and many more.

“We feel this is very relevant and important in the world today,” Groove Guild Founder Al Risi said, noting that “this whole project was inspired by the lack of music with a well-rounded message of true inner female empowerment that doesn’t hinge on physical appearance or what others think of you. The brief to female topline artists was very simple…’what advice would you give to your 12-year-old self.’”

“I know a lot of girls who are afraid to pursue their true passion in life because it’s not what’s expected from them,” Kali J said. “It’s important for girls to not put their dreams on the back burner.”

“Most ‘girl power’ or ‘female empowerment’ songs talk about being physically attractive or about being in (or out) of a relationship,” Groove Guild Creative Director Paul Riggio adds. “Those songs are empowering, but they don’t address societal pressures for women to avoid specific professions. We wanted to provide a platform for female songwriters to create music that inspires young women to push past old-school social norms. The distillation of the album concept is best summed up by the Barbie campaign theme of ‘You Can Be Anything.’”.”

Along with “Like Girls,” Groove Guild is releasing a collection of uplifting tracks that remind girls of their inner power. Each track features female writers, rappers and top liners; female voices drive the lyrics, tone and rhythm forward.