Atlanta rap stars Lil Yachty and Future are helping everyone get through the work week. The hip-hop pair have delivered on dropping their new “Pardon Me” music video.

Lil Yachty and Future’s Pardon Me

After some mounted anticipation, Yachty pulled through last night with his must-see visual. The video goes VHS-style mode with grainy cinematic elements but clearly shows off their luxury lifestyle courtesy of money and cars.

While the film sees direction from Zhamak Fullad, it almost looks as if the artists took an old VHS camera and shot the video themselves, during a regular day of living the rockstar lifestyle. The clip is filled with the rappers throwing money, riding fast cars, showing off their grills, a lot of styrofoam cups, and more. (REVOLT TV)

Over the past few days, Yachty has plugged his newest collaboration.

“The Last Of Famous International Playboys”

Heading into Tuesday, Yachty went to his Instagram Story to show off his newly painted fingernails and toenails. Additional pics emerged online from the nail salon responsible for Lil Boat’s must-see enhancements.

In July 2020, Lil Boat went to his social media pages with some new pics. Yachty let fans know he didn’t play around when it came to having fresh fingernails and toenails. 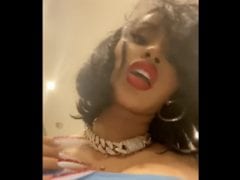 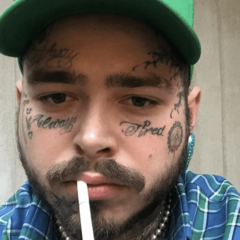