Lil Wayne’s Not Taking Any Days Off, Keeps Clocking In Studio Work

Grammy-winning rapper Lil Wayne is putting in work. The hip-hop veteran has opted out of resting up following a recent seizure scare.

Rapper Trippie Redd went to Instagram this week with some in-studio pics of himself and Weezy F. Baby. 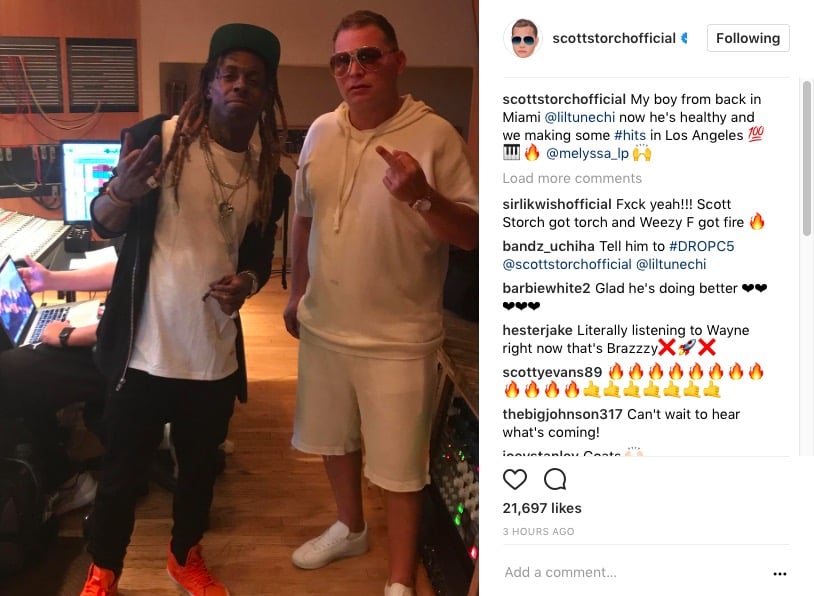 “He a workaholic thats what got him to where his is now man. He’s epileptic thats the reality of it. So it’s something we know we’ll have to deal with the rest of his life. [Lean usage?] It has nothing to do with any of those other things. He’s an epileptic. It’s a disease he has to deal with. It might not be the last time we see Lil Wayne have a seizure.” (TMZ)