Reginae went to Twitter Monday (September 4) with some details on her pops.

Last night, a Wayne rep came forward to provide an update on his condition.

A popular nightclub issued a statement on Wayne having to cancel his show due to the seizure. 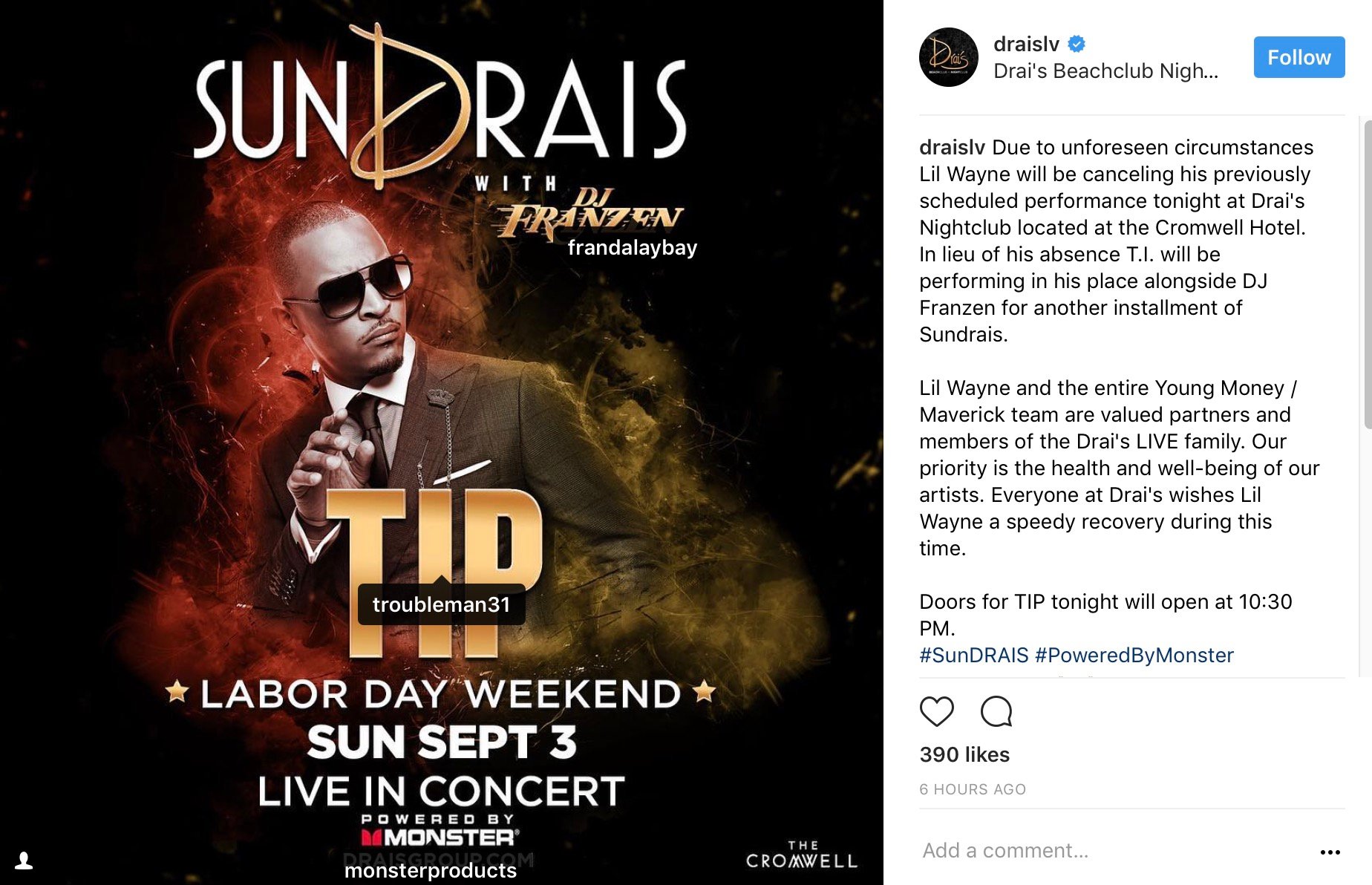