Weezy F. Baby admitted he had planned on performing a different song during the “Tonight Show” appearance this week.

“The title was called ‘Everyday’ and actually we shot a video for a whole ‘nother song like two days before that so when I got on set to rehearse and they cut that song and The Roots started playing that song, I didn’t know what was going on, truthfully. It was all brand new to me too.” (“SportsCenter”)

Check out Lil Wayne’s interview on the next page…

A couple nights ago, Wayne and Chainz performed their “Rolls Royce Weather Everyday” song on the nightly talk show.

Rocking a denim jacket, Yeezy sweater, and a red Supreme hat, 2 Chainz kicked things off. Backed by The Roots, Tity Boi rhymed about being a “ghetto boy” in love with “Jordans” and “pretty girls.” Weezy followed, with his own braggadocious bars. Accompanied by Black Violin, the poncho-sporting MC boasted about being like Homer Simpson, as well as getting text messages from Nike and wifey.

Headed to the studio to work on getting a Grammy ,I been nominated 6 times but noooooo golddddd haha good times in all this shit I swear #TRU #feltlikecappin

Speculation about the performance going down surfaced online last week.

Lil Wayne and 2 Chainz will soon premiere music from their joint album ColleGrove on The Tonight Show With Jimmy Fallon, according to Lil Wayne HQ. It’s rumoured that they will play their first single “Rolls Royce Weather Everyday” when they appear on the show on February 15. (The FADER)

Comments Off on Lil Wayne Says 2 Chainz “Tonight Show” ColleGrove Set Caught Him Off-Guard: “I Didn’t Know What Was Going On” [Video] 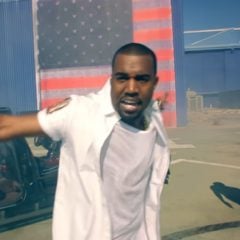