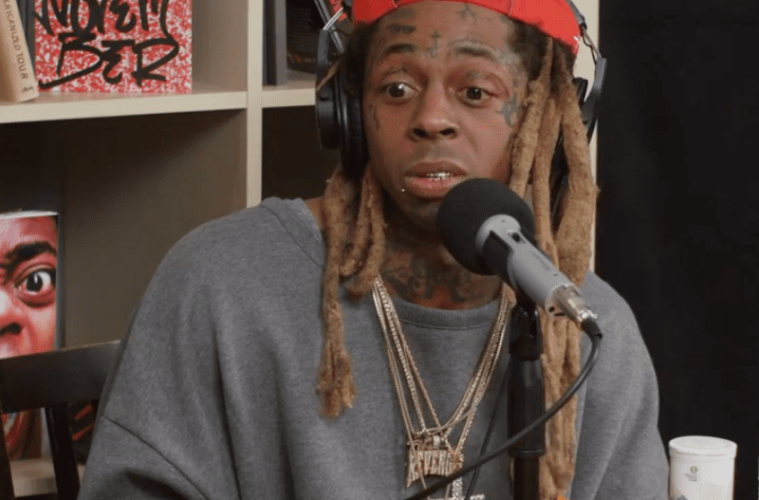 Millz went to Instagram a few days ago to reveal the motivation behind leaving Young Money after nearly a decade under Wayne’s wing. 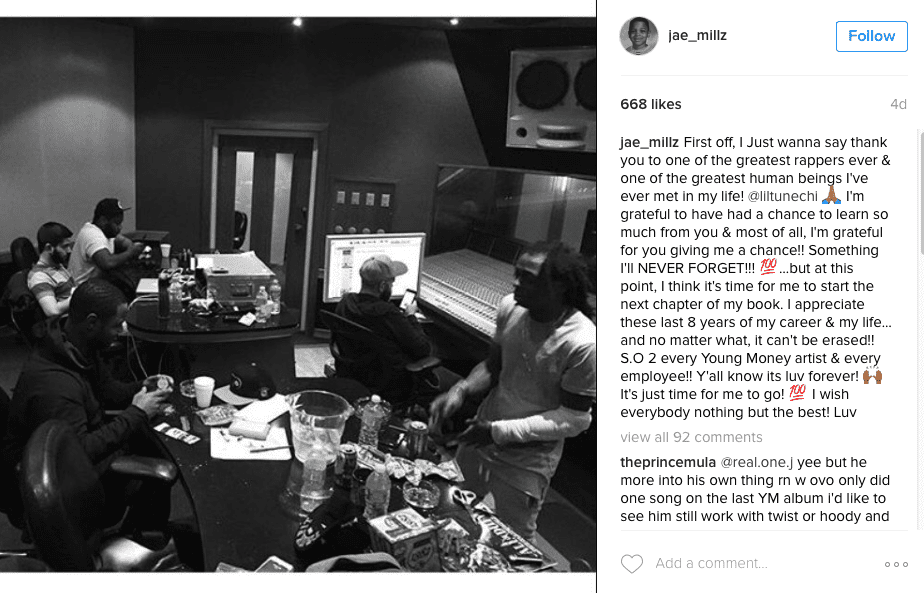 Back in 2013, Jae Millz came to Wayne’s defense in a rap feud with fellow hip-hop artist Pusha T.

Prior to Millz’s remarks, Pusha downplayed his interest in feuding with him over Twitter.

“Why,” Pusha asked when questioned about not responding to Jae Millz’s disses. “[Laughs] I’m just having fun. I’m really just having fun with it. The thing is, these guys got so many fans that, when you make statements like ‘F Pusha T’ on Twitter and that type of stuff, you can’t just let things like that go because they got so many fans that by the time it gets quiet, everybody’s gonna start looking at you like, ‘He just gets over on you.’ So it’s like, I just play with that — just toy with it. Then he’s sorta rapping bad, so that doesn’t help. I’m like, good, he’s bad. So you just gotta keep shooting. [Did I listen to Dedication V?] Yes, of course. Trash. [laughs] Yeah man, [he lost it]. I don’t know [why he lost it]. Carter 2 Wayne is mean. That was mean. In being air, I would want to blame it on drugs or lack thereof drugs because I don’t know, I just don’t feel like people fall from grace like that, but, trash.” (Hip-Hop Nation)

A few days prior, Pusha denied putting out any disses toward Weezy F. Baby and questioned fans for sparking the beef speculation.

“I ain’t send no shot. I just said what I said on Twitter,” Pusha said in an interview when asked if he dissed Wayne. “What’s the problem? [laughs] Everybody say what I say. But my thing is, I want to turn the camera on everybody else. If I say a blanket statement as such, what gives y’all the right to just pin it on a man unless ‘you’ think the sh*t is horrible? [laughs] I ain’t into explaining my tweets. I ain’t for all that. I just say what I say. That’s what it is. D*mn.” (FUSE)