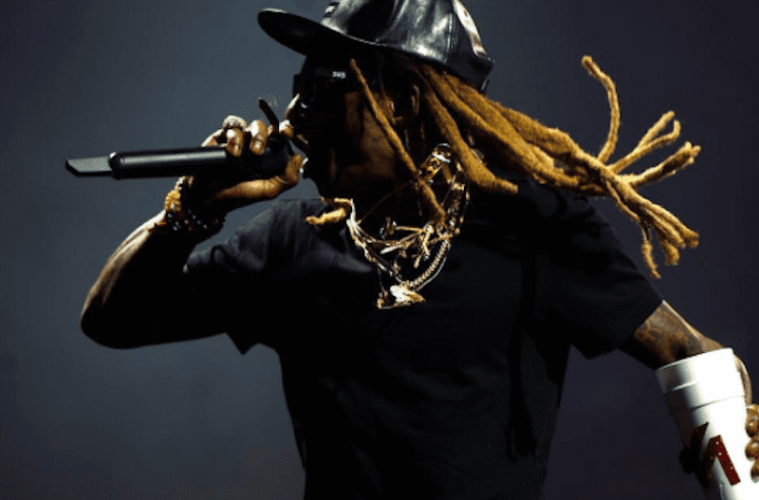 Grammy-winning rapper Lil Wayne believes the music biz is nowhere close to slowing down. The hip-hop superstar recently dished out his thoughts on the industry’s future icons.

In Weezy F. Baby’s perspective, musicians like Chance The Rapper and Solange are running the game in 2016.

“These people are turning the clock right now. They are the trendsetters of tomorrow, and I actually pay attention to what they send me. If [my manager] Tez sends me a song and says, ‘I need you to do this verse for whoever,’ I knock it out in that one night and send it right back. When I get the Solange or Chance song, I’m actually riding in my car, banging that. When I put my verse on it, I’m telling my engineer, ‘Let me get a copy.’ The other ones, I’m just sending back to Tez.” (New York Times)

The 23-year-old hip-hop star is seen wearing a bear suit and shopping for Halloween candy (Kit Kats only, of course) when his wrapper alter ego calls out to him. And as promised, we get Chance’s version of the Hershey brand’s famous “Gimme a Break” jingle—a slow, crooning piano version of it, as it turns out. (Ad Week)

Back in May, Chance’s Coloring Book mixtape made history after its initial Apple Music exclusive release.

The independently released album bowed exclusively through Apple Music’s streaming service on May 13 and launches at No. 8 on the Billboard 200 with 38,000 equivalent album units. Nearly all of those units were generated by streams of the albums tracks via Apple Music, equating to 57.3 million streams. (Each streaming equivalent album unit is equal to 1,500 streams from an album.) (Billboard)

Get it and SAVE it, it's yours. #coloringbook