As we reported … Wayne lost that case, and has to fork over $2 mil to Signature. Now his lawyers want compensation for their legal representation … despite the loss. Wayne’s counselors say they’ve already applied the $12,000 retainer he paid when he hired them back in Aug 2014, but he still owes $80,682.45. (TMZ) 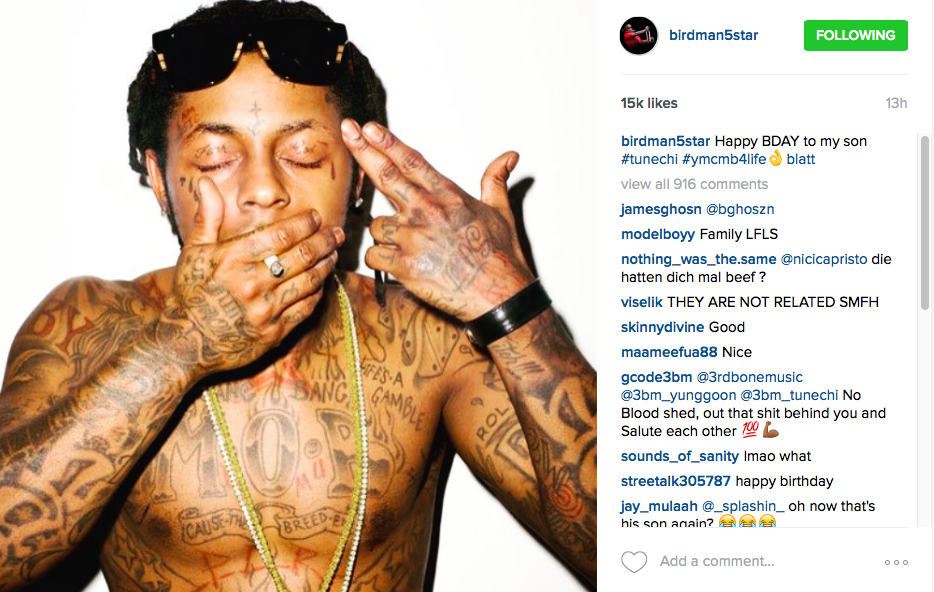 Recently, Birdman released a picture of himself posed next to a Wayne portrait. 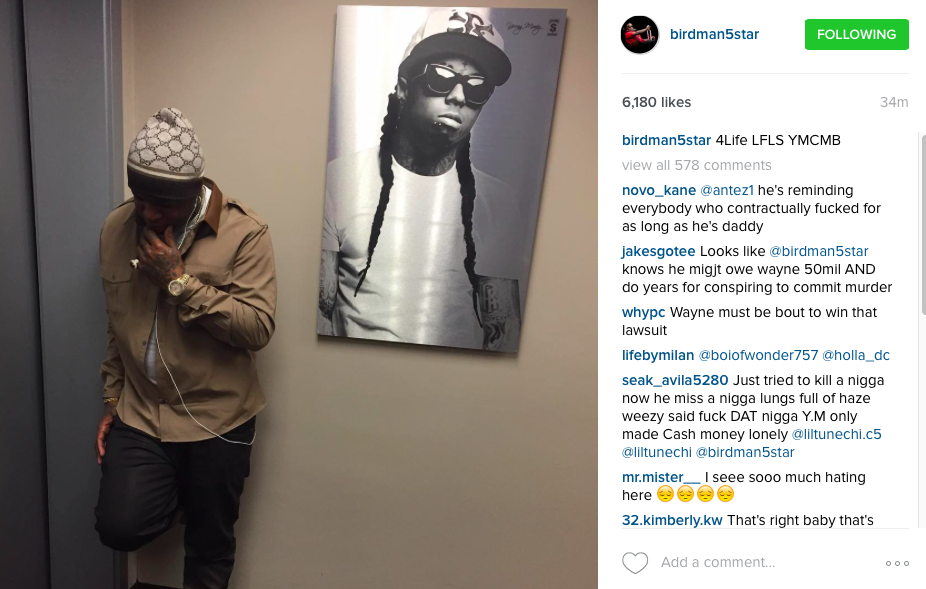 #SOHH does Birdman putting up the @LilTunechi pic mean they are 100 again?

“It just got crazier than I ever imagined it could be between the two of them,” Fif said referring to the Baby and Lil Wayne situation. “It was like father and son relationship and you see them and I look at it because I understand it. The passion you have for your son right now, you’d kiss him in the mouth, like, ‘Come here, smooch.’ But as you get bigger it starts looking like, ‘Is that still gonna be your baby?’ It’s still your baby, you still look at him like that but there’s a point you stop kissing his mouth. They didn’t have that line or anything that was there and I thought it was their relationship, they see things. I couldn’t see them actually trying to actually kill him. I don’t believe that. I don’t believe that. To be honest – I can’t believe he would actually want to kill him.” (Hot FM 104.1)