Lil Wayne Has A Moment: “It’s Days Like 2Day Dat Make Me ? Everything, Even Myself”

Weezy F. Baby hopped onto Twitter and dished out his frustrations. 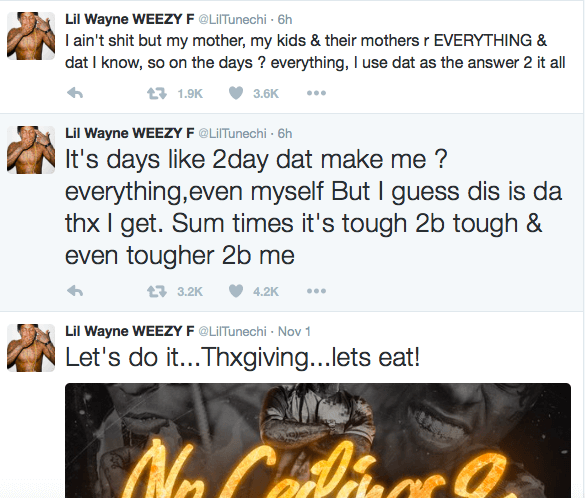 According to reports, cops took some of Wayne’s art yesterday (November 3) during a search of his Miami home.

As TMZ reported, Miami-Dade County Sheriff’s deputies raided Wayne’s Miami Beach mansion Tuesday, armed with an order allowing them to seize Wayne’s property to satisfy a $2 million judgment Wayne owes to a private jet company. Our sources say cops brought along someone who valued the items inside the house so they could figure out what to seize. (TMZ)

Aside from the legal drama, Wayne announced his new No Ceilings 2 mixtape’s release date this week. 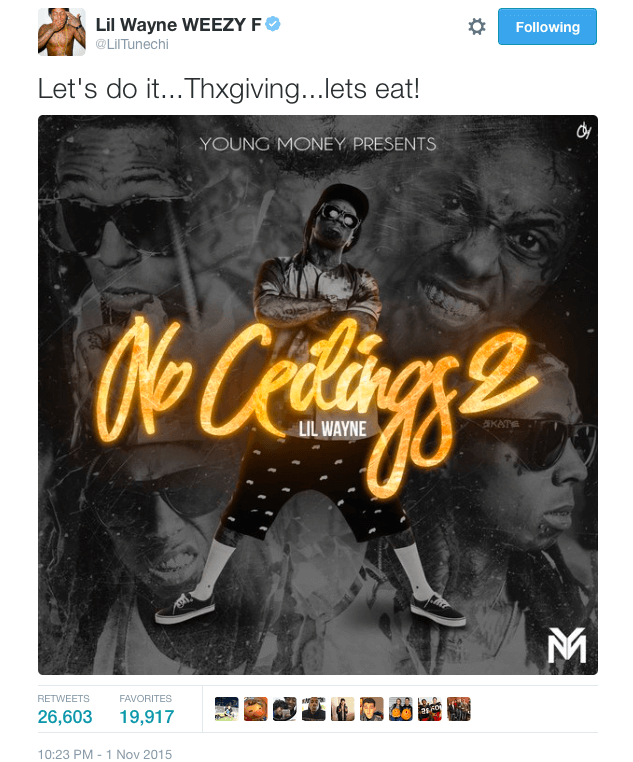 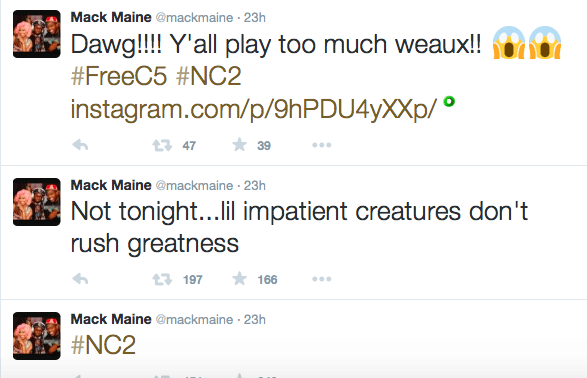