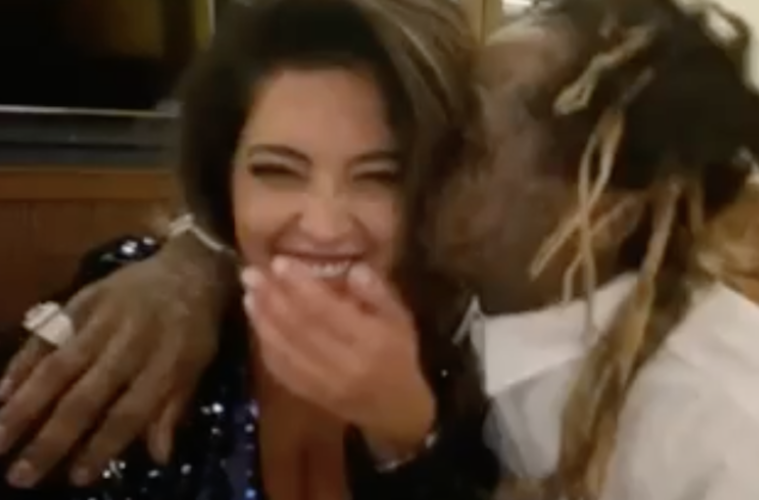 Grammy-winning rapper Lil Wayne might really be in love-love. The hip-hop superstar went online this week to gush over how much he is riding with new boo Denise Bidot.

On Tuesday, Weezy F. Baby went full-blown public about his feelings for Denise. Lil Wayne shared a pic of his model girlfriend soaking in sun rays in a swimming pool.

Last week, the rap star’s new girlfriend Denise Bidot went to her Instagram Story with a series of three pictures boo’d up next to Lil Wayne as his new girlfriend. Her caption hinted at a special relationship brewing.